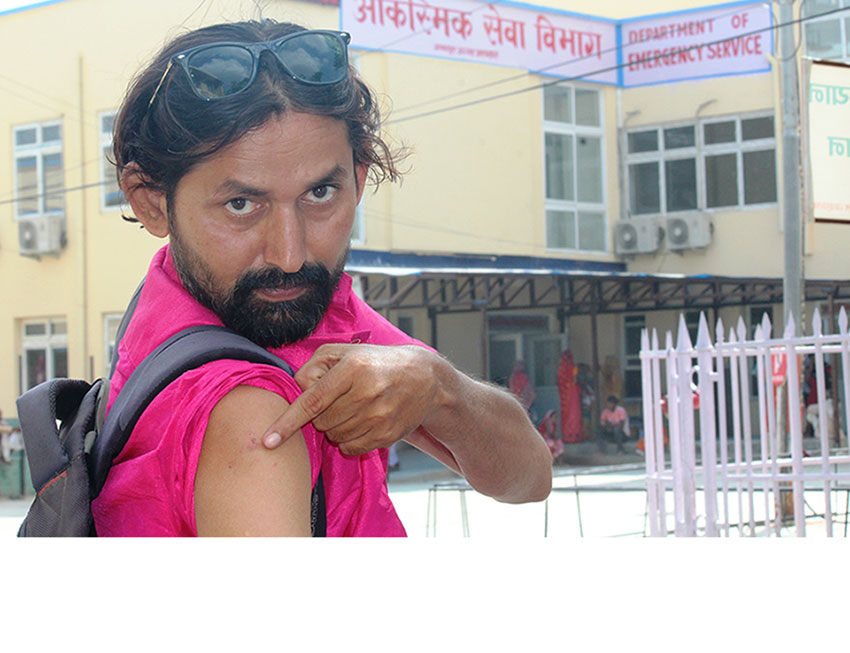 JANAKPUR, July 4: After a series of syringe attacks that recently took place in Kathmandu went viral on social media, a similar kind of incident has taken place in Dhanusha district.

Madan Adhikari was attacked with a syringe-like object on Thursday morning in Dhanusadham of Dhanusha district near Baluwa river when he was going to a school where he teaches.

“I was going to a school on a bike. I saw a young man on the other side of the river. He asked me to come to him. I stopped my bike and went to him because I thought he needed my help. But, he suddenly became abusive toward me and attacked me with sharp pointed object”, said the school teacher Adhikari.

According to Adhikari, the attacker pricked his right hand and ran away. He used abusive words during the brief attack.

He was shocked when he fell prey to a similar attack that he heard about recently. “I was afraid of a transmitted disease after I was attacked with a syringe-like object”, added Adhikari.

Adhikari told Republica Online that the attacker had used a bike with an Indian number plate.

He said that there were a lot of people on the brink of the river when he was attacked.

He asked the police to take strong legal action immediately against the culprit.

Shekhar Khanal, Superintendent of Police at the District Police Office, Dhanusha urged the locals to help the police by informing them of possible similar incidents that might occur again.

KATHMANDU, July 30: The Youth Association Nepal (YAN) has condemned the Tilathi incident in which the Nepali and Indian locals... Read More...