Mayor, deputy mayor in Dhanusha accuse each other of murder 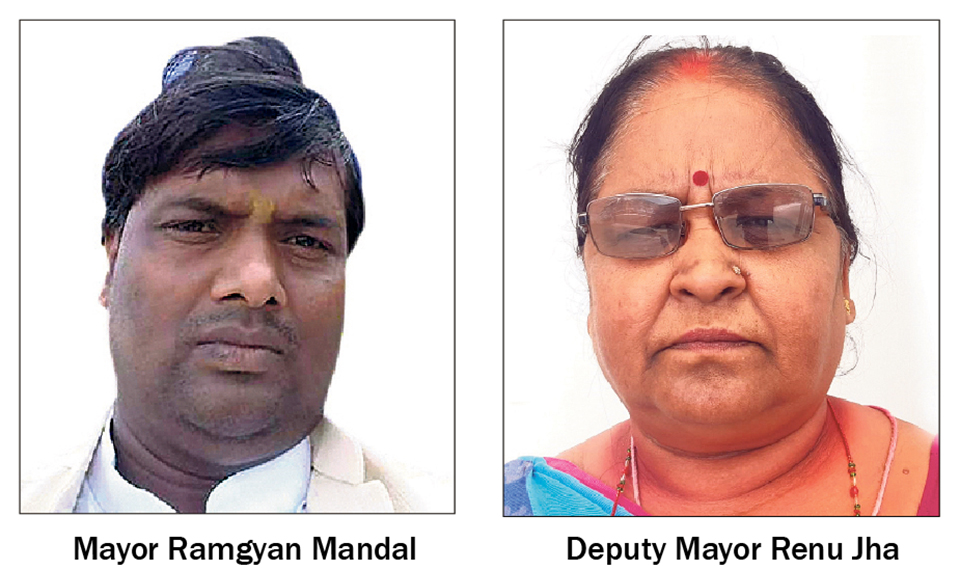 JANAKPUR, Sept 18: Both the mayor and deputy mayor of Hansapur Municipality in Dhanusha district are absconding after lodging murder cases against each other over the death of a local man during a brawl over the choice of municipality headquarters.

Mayor Ramgyan Mandal and Deputy Mayor Renu Jha are absconding after the youth died, and they are blaming each other for the death.

Elected from Rastriya Janata Party Nepal, Deputy Mayor Jha outranked Mayor Mandal in the party pecking order. They later got into a dispute over the choice of HQ for the local body.

Unable to persuade the deputy mayor, Mandal proposed Belhi Chwok as a compromise but he failed to get this choice approved by the municipal assembly.

Meanwhile, Jha’s supporters were accused by Mandal’s men of mentally torturing an accountant.

The mayor started to run his office from a rented house in Belahi Chwok from July 16. The deputy mayor then padlocked the existing municipality offices to bar the mayor from taking away any documents.

On August 26, the two factions engaged in a deadly clash over whether to let the mayor take the documents to his new office. Tapeshwar Mandal, a local who was seriously injured in the clash, breathed his last in hospital.

Jha’s supporters then filed a murder case with the police against three individuals including the mayor. Fearing arrest and suspension from his office, Mandal is now absconding.

But he also mobilized his own supporters to file a murder case against four individuals including Deputy Mayor Jha over the same death. Others accused in the case are Udaya Kumar Sah, Kishori Yadav and Shyam Raut who are respectively chiefs of wards 2 and 3 and member of the executive council of the municipality.