An Indian village's fight to take the 'poo to the loo' 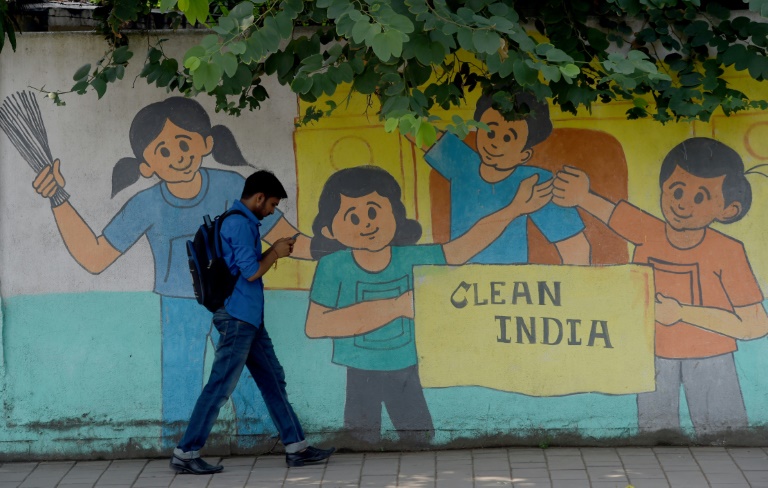 INDIA, Oct 2: Indian farmer Kokila Damor always looked forward to visiting the city hospital, but only so that she could use its toilet.

Now she is not only a proud toilet owner but a sanitation champion for other villagers in the state of Rajasthan who have been used to defecating in the open since time immemorial.

"Having a toilet has changed my life. I can sleep a bit more. Earlier I had to rush out at four in the morning," said Damor, a 34-year-old mother of three.

"I would always look for an excuse to go to the hospital as I loved using a proper toilet with a door, water and lights," she said.

Before, during autumn it would be a struggle to find a secluded spot amidst the bare trees, while in the rainy season her hands would hurt from holding an umbrella -- to say nothing of the fear of being spotted.

But Bhuwalia, her village, is one of the success stories of a public health drive launched by Prime Minister Narendra Modi -- host of a sanitation summit in Delhi this week -- on taking office in 2014.

The houses in Bhuwalia now boast toilets with twin-pit technology that requires no sewerage, and a sloped pan design that minimises water usage in the drought-prone region. 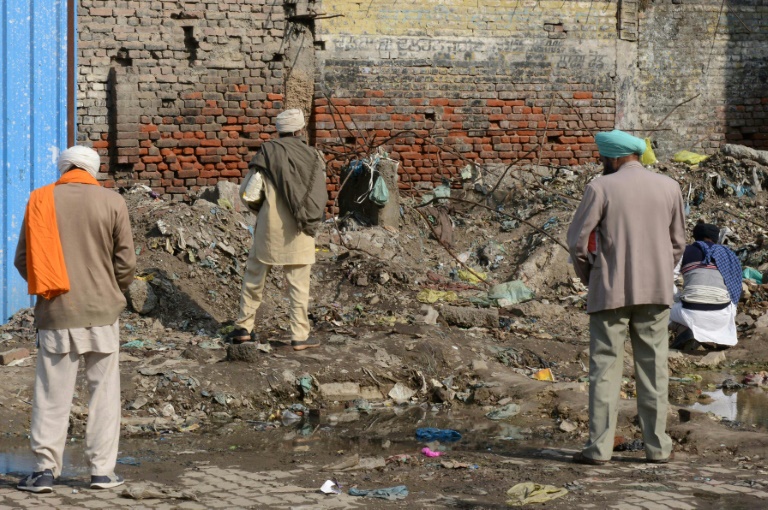 Under Modi's scheme, tribal households get 15,000 rupees ($205) each for building latrines, a boon for someone like Damor whose monthly family income is less than 10,000 rupees.

The Indian government says it has built more than 86 million toilets across the country of 1.25 billion people since October 2014.

It also says it has slashed the number of people forced to go to the loo in the open from 550 million in 2014 to fewer than 150 million today.

The multi-billion dollar campaign combines raising awareness, providing subsidies for making latrines, and communal naming and shaming of those still relieving themselves in the open.

UNICEF, one of the many global organisations that has been supporting the Indian mission, has embarked on a mass awareness campaign in the remotest corners to insist "poo must go to the loo".

"We actually showed them how the flies sitting on stool were then sitting on their water and food," said Rushabh Hemani, who works for UNICEF in Rajasthan.

"When they learnt how the flies were spreading diseases, they realised the need for covered toilets."

There were other challenges too.

There were no approach roads to many villages in Dungarpur district, which meant transporting construction material for toilets was a Herculean task.

The villagers, led by Laxman Damor -- a former soldier and Kokila's father-in-law -- then did what they knew best. They started building the road by themselves, using hoes, pickaxes and other basic tools.

"Once the road was built, we used camels to bring up sacks of cement and tiles," said Laxman as he stood outside his toilet, the door scribbled with a slogan promoting hygiene.

But an Indian parliamentary report released in March red-flagged concerns over the rush to build toilets without making sure they were being used for the right purpose.

Often villagers construct a toilet but end up using it as a store room.

In order to motivate people to use the toilet, teams of government employees and volunteers roam villages to publicly shame those who relieve themselves in the open.

Armed with torches and whistles, the so-called "good-morning squads" try to catch offenders red-handed during their early morning patrols.

"We mean no harm. This is the only way," said Kokila Damor, who revels in the unusual task.

"It's only through fear that you can stop people from defecating outdoors."

NEPALGUNJ, Dec 13: There are 24 houses in a row at Ghasiyaran Tole of Nepalgunj Sub-Metropolitan City. The settlement has... Read More...

Her community helped her summit Mt Everest, now she is paying back by hunting new trekking routes and promoting tourism in Helambu
17 hours ago