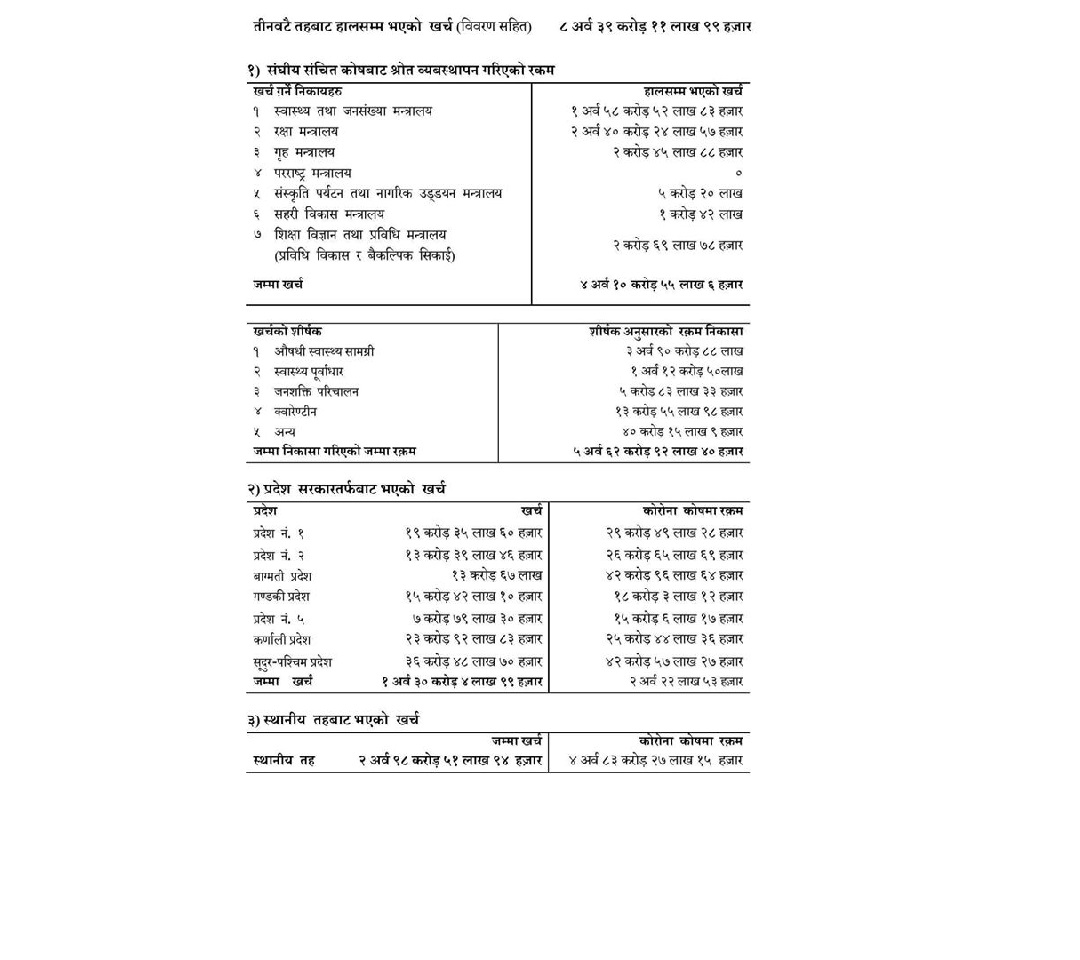 KATHMANDU, June 13: Amid mounting pressure from the public to release the details of the expenses made so far, the government on Saturday publicized the details of Rs 8.391 billion spent in response to the coronavirus disease (COVID-19).

According to the prime minister's Press Advisor Surya Thapa, the details of expenses made for the control, prevention  and treatment of COVID-19 were released as per the decision made by the Central Crisis Management Center, Directorate Committee, headed by Deputy Prime Minister and Defense Minister Ishwar Pokharel. Thapa also urged all to make their opinions based on actual details.

The CCMC Directorate Committee has publicized the details of expenses made by various government agencies, money spent on procuring medical supplies including mobilization of human resources, development of quarantine facilities as well as other health infrastructures and miscellaneous expenses.

According to the details publicized by the government, seven federal ministries have so far spent Rs 4.10 billion in response to COVID-19.

MADRID, April 20: The number of people diagnosed with the new coronavirus in Spain has surpassed the 200,000 thresholds, the... Read More...

Fourth Nepali dies of coronavirus in US