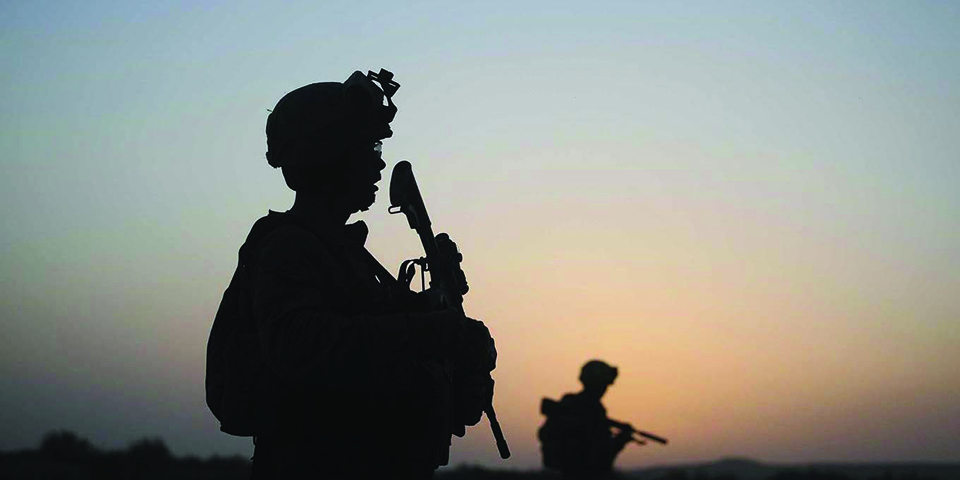 America’s policy in Afghanistan should be one that avoids the risks of a rapid, unconditional exit but also minimizes the costs of staying

NEW YORK – After more than 17 years, the time has come to accept two important truths about the war in Afghanistan. The first is that there will be no military victory by the government and its American and NATO partners. Afghan forces, while better than they were, are not good enough and are unlikely ever to be capable of defeating the Taliban. This is not simply because government troops lack the unity and often the professionalism to prevail, but also because the Taliban are highly motivated and enjoy considerable backing at home and from Pakistan, which provides it critical support and sanctuary.

The second truth is that peace negotiations are unlikely to work. Talks have taken place on and off over the years, but diplomacy is never far removed from facts and trends on the ground. Both work against a negotiated settlement.

The situation on the ground is something of a slowly deteriorating stalemate. The government controls territory where an estimated two-thirds of the population lives. But the Taliban and even more radical groups, including those associated with al-Qaeda and the Islamic State, control or contest nearly half the territory and have repeatedly demonstrated an ability to attack military and civilian targets alike anywhere and everywhere inside the country, including the capital, Kabul.

What really weakens diplomatic prospects, though, is that the Taliban see little need to compromise. It is only a matter of time, they seem to believe before the United States grows weary of stationing troops in a far-off country and spending on the order of $45 billion a year on a war that cannot be won.

They may well be right. The White House’s recent announcement that roughly half of the current 14,000 US troops will soon be leaving reinforces the Taliban’s view that the future is trending their way. Coming on the heels of President Donald Trump’s decision to pull all US troops out of Syria, it is unsurprising that the Taliban and other insurgents would conclude that it is a question of when, not if, the remaining 7,000 US troops (and another 8,000 NATO soldiers) will be withdrawn.

A complete troop withdrawal is a real possibility, given Trump’s longstanding skepticism of the value of the US effort. His frustration is understandable. More than 2,000 US soldiers have lost their lives in Afghanistan, and another 20,000 have sustained injuries. The war began in the wake of the 9/11 attacks has cost well over $1 trillion. It is hard to see how 14,000 or 7,000 American troops could accomplish what more than 100,000 could not.

So why not just withdraw all of the troops? One reason is that the government might collapse, in which case Afghanistan could again become a place where terrorists train recruits and plan attacks against US interests around the world and against America itself. Of course, even if that were to happen, Afghanistan would be little different from other places where terrorists are able to operate unmolested.

Another reason not to leave in a manner unrelated to conditions on the ground is that, coming after Syria, such an exit would cast further doubt on America’s willingness to sustain a leading role in the world. This is not to say that the US should remain involved in Afghanistan simply because it has been involved. But perceptions matter, and simply walking away would lead many allies—not just in the region, but also in Asia and Europe—to wonder if they might be the next American partner to be abandoned. America’s policy in Afghanistan should be one that avoids the risks of a rapid, unconditional exit but also minimizes the costs of staying. To accomplish the latter would require trimming strategic ambitions. Although the US and its European partners cannot expect to win the war or broker a lasting peace, it should be possible to keep the government alive and carry on the fight against terrorists. Doing so would probably require keeping a few thousand troops deployed, continuing to provide intelligence, arms, and training to Afghan forces, and, in special situations, a readiness and ability to intervene narrowly but directly.

It would also help if the US both reoriented and stepped up its diplomatic engagement. Current efforts are focused on brokering an internal settlement with the Taliban. A more fruitful approach might be to convene Afghanistan’s six immediate neighbors (which include both China and Iran as well as Pakistan) and other actors, including Russia, India, and the EU, that have a stake in the country’s future. None has an interest in seeing Afghanistan become a haven for terrorism and drug production.

This is not a strategy for winning, but rather one for not losing. It may not be ambitious enough for some, but, in Afghanistan, even seemingly modest goals have a way of becoming aspirational.