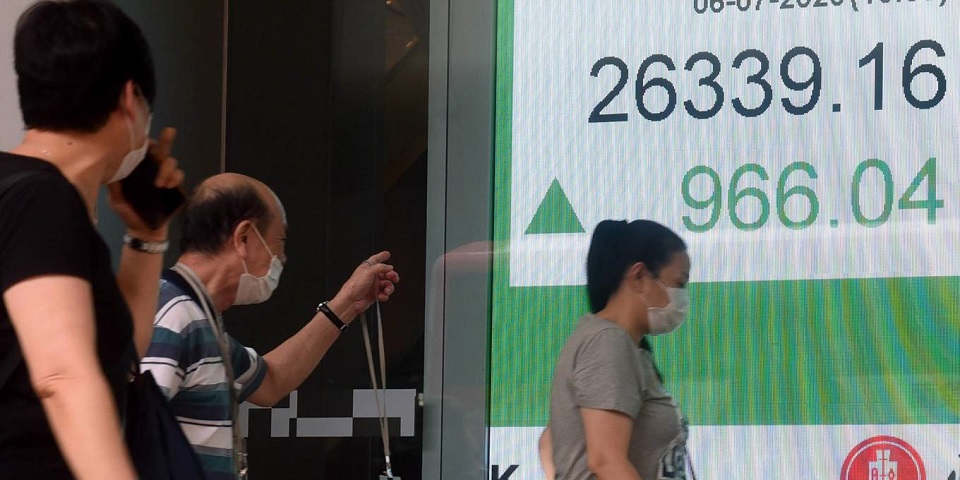 We must not repeat the mistakes of 2009-10, when the recovery left much to be desired in terms of productivity gains and inclusion. Policymakers will need to think much more imaginatively and radically than they did a decade ago.

LONDON – Since March, I have been more open than other commentators to the possibility of a “V-shaped” recovery from the pandemic-induced downturn (though I have also consistently warned of structural challenges facing many economies in the decade ahead). Wherever I have expressed this optimism, I have met with pushback, given the apparent depth and scale of the current crisis. And yet, as we move into July, many classic short-term leading and coincident indicators still point to a V-shaped recovery, as does the Bank of England’s chief economist, Andy Haldane.

Despite the complications thrown up by COVID-19, the same weekly and monthly indicators that I have long relied on remain useful for separating signal from noise. During my early days as chief economist for Goldman Sachs, I helped to develop a “Global Leading Indicator” (GLI) index, which was designed to be equally accurate but faster than the OECD’s longstanding index, as well as more predictive of financial-market behavior.

Since leaving the financial industry seven years ago, I have continued to monitor the publicly available components of the GLI each month. These include US manufacturing purchasing managers’ indices (PMIs); new orders relative to inventories; US weekly unemployment claims; the Belgian business-confidence survey; and South Korean monthly export figures. And for additional hints about the state of the global economy, one can also follow well-known PMI surveys from other countries, as well as monthly surveys like the Ifo Business Climate Index in Germany. Crucially, many similar indicators are available for China, and are generally more reliable than that country’s critics would have one believe.

In addition to these short-term leading and coincident indicators are those concerning financial conditions more broadly. From late February through March, when COVID-19 was bearing down on South Korea and Italy, financial markets reacted to the widespread realization that the crisis would reach pandemic proportions. Equity markets suffered a sharp decline, and global financial conditions tightened significantly.

As a result, all of the aforementioned high-frequency indicators duly collapsed. In March and April, South Korean exports declined sharply, PMI indicators collapsed everywhere, and unemployment in many countries (not least the United States) skyrocketed, despite dramatic initiatives by many governments to soften the blow. These trends followed predictably from the sudden spread of COVID-19 across the developed world, where infection rates shot up and economies locked down.

Since then, the pandemic has been rampaging across emerging and developing economies as well as large parts of the US. The sheer scale of the public-health emergency, combined with the unprecedented experience of economy-wide lockdown measures, has lent a dramatic and apocalyptic quality to the crisis. It is not surprising that many people would question an optimistic perspective.

Nonetheless, the current high-frequency indicators suggest that a V-shaped recovery remains possible. After all, governments around the world have mustered an absolutely massive economic-policy response, intervening with remarkable monetary and fiscal measures. Already, many governments have vastly exceeded the scale of the response to the 2008-10 global financial crisis and recession.

True, policymakers have been focused more on containing the immediate health and economic emergencies than on stimulus; but many of the most important crisis-response initiatives will continue to have a lasting effect. For example, subsidized furlough schemes to sustain household incomes through the worst of the lockdown have, in many cases, boosted savings rates, which will translate into increased spending in the future (circumstances permitting). And that is just one among many reasons why financial-market indices have risen sharply in recent weeks.

These may not be normal times, but, ordinarily, such a snap-back would suggest an economic recovery. Moreover, many of the key high-frequency indicators also are improving – some markedly so. Two consecutive months of US employment data and monthly PMI indicators across the US, Europe, and Asia are all pointing up.

Notably, despite China’s ongoing challenges, the Caixin services PMI index rose to a ten-year high of 58.4 in June. And for those who doubt the validity of Chinese data, it is worth remembering that the same index fell to a low of 26.5 in February. Moreover, South Korean exports were substantially stronger than in previous months (though they were still 11% lower year on year).

Obviously, all of this movement toward a V-shaped recovery is provisional. If major economies are forced to shut down again, key high-frequency indicators and broader financial conditions will doubtless take another turn for the worse. But if lockdowns remain localized and temporary, if health systems continue to expand testing, and especially if a vaccine or more effective treatments are developed, the economic outlook need not be as bleak as many believe.

If a V-shaped recovery does arrive, it will be important to shift attention to other issues, such as the quality of future growth. We must not repeat the mistakes of 2009-10, when the recovery left much to be desired in terms of productivity gains and inclusion. Policymakers will need to think much more imaginatively and radically than they did a decade ago. But that is a topic for another commentary.

Nepse inches up 4.97 points, while daily turnover amount dips to Rs 1.76 billion on Wednesday
33 minutes ago