The logic of Sino-Western détente 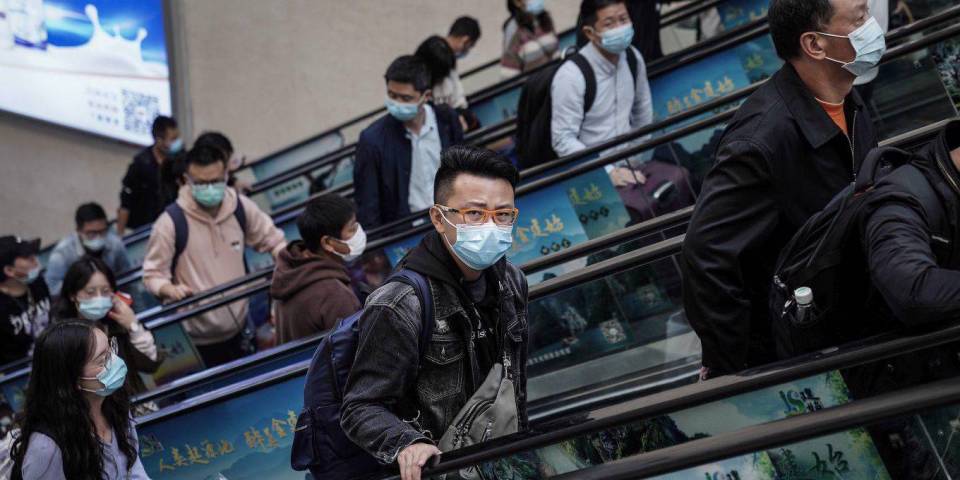 It seems only reasonable that we should adopt a broader “optimization framework” for understanding and managing relations between China and the West.

LONDON – While much of the hand wringing over China has abated somewhat during the COVID-19 crisis, the fears animating Western attitudes toward that country have not disappeared, and could resurface at any moment. These tensions represent a major, vexing dilemma for the world, given China’s massive and growing economic power. And the situation certainly hasn’t been helped by the failure of the other major economic powerhouse, the United States, to manage the current crisis effectively.

Owing to my professional background, I usually approach issues like the Sino-American relationship first as a macroeconomist. But as the chair of Chatham House, I have been developing a more nuanced view of the issue, taking into account not just the economic dimension but also security, diplomacy, culture, and other factors.

To that end, it seems only reasonable that we should adopt a broader “optimization framework” for understanding and managing relations between China and the West. Not to oversimplify matters, but if the economic opportunity that China represents can be expressed as X, Western leaders who want to confront China about actual or perceived transgressions need to weigh the potential costs of doing so against that benchmark.

Such thinking is only natural, and I suspect that it is already implicit in British and European governments’ approaches to China in recent years. But in following this framework, policymakers need to ask themselves a subtler question: Is strong economic engagement more effective than unbending confrontation in achieving the desired policy changes in China?

Answering such questions will require an open mind. During China’s semi-annual Golden Week holiday this month, many Chinese people appear to have traveled far and wide within the country without triggering another wave of COVID-19 infections. Yet when I point this out to other Westerners, their first instinct is to question the anecdotal evidence and reject the credibility of Chinese data. And even when they stipulate that the evidence may be sound, they say they aren’t surprised, given the degree of control that China’s authorities have over the Chinese people.

I would have more sympathy with this argument if China and other authoritarian countries were indeed the only ones to have prevented a serious second wave of COVID-19 infections this year. But similar stories can be found in places like Japan and South Korea, suggesting that we would do better to look for lessons than simply dismissing the evidence.

Soon, we will have data on China’s third-quarter real (inflation-adjusted) GDP growth, and many analysts expect to see an acceleration to around 5% year on year, coming on top of a second-quarter estimated growth rate of 2.6%. If so, there will be good reason to believe that China is experiencing a classic “V-shaped” recovery, putting it on track to register 8% growth in 2021.

These are just forecasts, of course, and any number of unforeseen developments could radically change the state of play, as 2020 has shown. But if the current growth figures are reasonably accurate, the implication is that China’s nominal GDP ($14.1 trillion in 2019) will match that of the US ($21.4 trillion) later this decade, or soon thereafter.

Moreover, at the current growth rate, China is poised to contribute an additional $1.5 trillion to global GDP just next year, and Chinese consumers will drive close to 40% of that. For comparison, $1.5 trillion is greater than the national GDP of all but the top 15 or so economies. China will effectively be creating another Australia or Spain in the space of a single year. And given that consumer spending continues to account for a growing share of China’s expansion, the scale of the economic opportunities on offer cannot be overstated.

That takes care of the macroeconomics, but we cannot ignore the other issues. China’s human-rights abuses are legion, particularly in Xinjiang. Its clampdown in Hong Kong and incursions in the South China Sea have heightened tensions across the region, as has the Belt and Road Initiative through which China is exercising its influence in other countries. The Chinese government’s insistence that even private companies toe the party line raises serious doubts for Western firms and governments dealing with the country.

These are serious concerns, and they take us back to the question posed by the optimization framework. Those advocating more confrontation with China must weigh the probabilities that their approach will succeed as intended, that it will curtail Chinese growth, and that it may reduce economic opportunities for the West. If all of these outcomes are borne out, Western leaders could decide that the strategy was worth it. But if there were a reasonable chance that China’s growth would continue while the opportunities for the West shrank, a policy of confrontation would be utterly self-defeating.

It might be cathartic to opine noisily about another country’s standards and practices, but there is substantial historical evidence to suggest that a country’s citizens will tend to value economic opportunity over most other issues. That axiom applies as much to the US, the United Kingdom, and Europe as it does to China.

Moreover, even if a country’s leadership still prefers a confrontational approach after considering the potential costs, it would have a much better chance of success by cooperating with other governments in a program of positive engagement rather than zero-sum brinkmanship. Surely diplomacy and other subtler forms of engagement would go further toward changing a country’s standards than saber rattling and trade warfare ever could.

If there is a change in US leadership next month, one hopes that it will set the stage for a renewed effort at the G20 to resurrect the post-war international order, and to bring governments back to the same table. Everyone has a role to play in working toward a more prosperous and inclusive future.

KATHMANDU, July 11: As many as 413 COVID-19 patients were discharged from various hospitals and isolation centers after recovery in... Read More...

KATHMANDU, June 29: The Ministry of Health and Population (MoHP) reported recovery of 121 COVID-19 patients in the last 24... Read More...