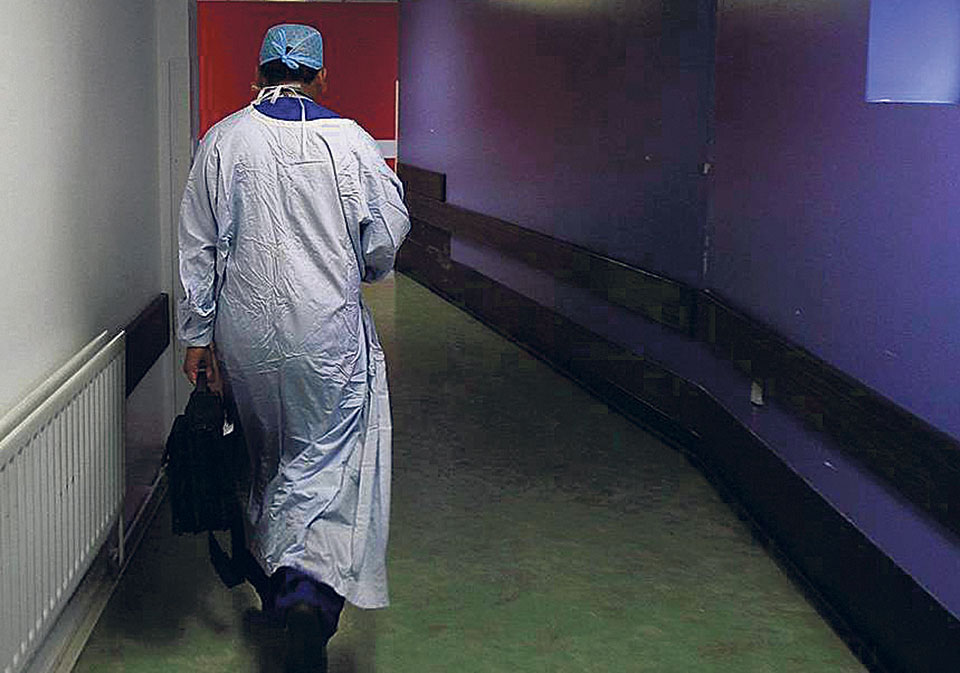 Aside from public statements by governments and multilateral organizations, little is being done about this existential threat to human wellbeing. Where is AMR’s Greta?

LONDON – The threat of antimicrobial resistance (AMR) is being overshadowed by the menace of climate change. Though the AMR problem is arguably equal in importance, it has not commanded nearly the same level of public awareness.

One reason for this is obvious: the climate crisis is becoming an increasingly visible phenomenon. We Brits are no longer alone in obsessing about the weather. From staggering heat waves in Europe and droughts in South Africa and Asia to wildfires in Brazil, Indonesia, California, and the outskirts of Sydney, the effects of climate change are evident everywhere. And these constant images have created a groundswell of public opinion. Helped along by climate activists like Greta Thunberg and Extinction Rebellion, business leaders and policymakers are now more focused on climate change than ever before.

But what about AMR, and specifically the growing resistance to standard antibiotics? Media outlets around the world still regularly cite the two big takeaways from the independent Review on Antimicrobial Resistance that I led in 2014-2016. If we don’t reduce our dependency on unnecessary antibiotics and succeed in developing new ones (or alternatives such as vaccines), annual deaths stemming from AMR could reach ten million by 2050. And on the economic front, the total costs of this failure (from 2015 to 2050) could top $100 trillion.

I have not conducted the same level of analysis for climate change. The costs in human lives and lost output if we fail to address that problem could turn out to be larger, smaller, or around the same as those associated with AMR. But whatever they are, I have believed for years that combating climate change is common sense from a strict risk-management perspective. And now that public awareness about it is growing, so, too, are the opportunities for new wealth-enhancing investments in green forms of energy, production, and consumption. In fact, large-scale investment in alternative foods, renewable energy, and low-carbon transportation systems may be just what we need to jumpstart economies that have been struggling since the 2008 crisis.

Aside from climate change, there is another parallel to the AMR crisis: the West African Ebola outbreak of 2014-2016. Policymakers and civil-society organizations from around the world responded to the epidemic quickly and effectively, chiefly because it was a top news story for days even in Western countries. Americans were consumed by (irrational) fears of catching Ebola, and thousands of Westerners canceled overseas travel while demanding that policymakers do something.

In the event, the outbreak took fewer than 12,000 lives in the countries most affected by it. That is a horrific figure, to be sure. But it is actually lower than the death toll from AMR in Europe during the same period. As our Review noted, AMR was taking 25,000 lives per year in Europe (with similar figures for the United States) as of 2016. And now, the same sources we cited are reporting an annual toll of 33,000, which suggests that the incidence of AMR-related complications and deaths is rising faster than we projected.

Moreover, at $53 billion, the estimated cost of the Ebola outbreak exceeded the amount needed to fund the AMR Review’s 29 recommended interventions. We estimated that $42 billion invested over the course of a decade would be necessary to avert the 2050 nightmare scenario outlined above. And yet, aside from public statements by governments and multilateral organizations, little is being done about this existential threat to human wellbeing. Where is AMR’s Greta?

To be sure, there does appear to have been a reduction in the use of antibiotics in agriculture in some Western countries, owing to new regulations and growing consumer demand for antibiotics-free products. And China and India have both banned the use of colistin—a critical last-line antibiotic for humans—in agricultural feedstocks. Nonetheless, we are quickly running out of antibiotics with which to treat AMR infections, and pharmaceutical companies are avoiding this area of development, owing to its financial risks and lack of a guaranteed payoff.

Yet, more broadly, investors and corporate boards are increasingly considering how they can make their portfolios and business models more socially responsible, not least by divesting from fossil fuels. Such discussions are most welcome. But when are we going to see a similar push for divestments from pharmaceutical companies that refuse to support the development of new antibiotics, or from countries that are not investing in measures to prevent the rapidly rising incidence of AMR?

Given the lack of action on this issue, it is time to start pushing for countries to list AMR as a cause of death on public death certificates. And, for its part, the International Monetary Fund needs to start analyzing national health systems in its country-level assessments, as it is already doing with respect to climate-change preparedness.

The global groundswell for climate action now has the force of what we in finance would call a momentum trade. AMR, meanwhile, seems stuck in what we would call a value trap. But it won’t stay there forever. One way or another, it will make itself known.