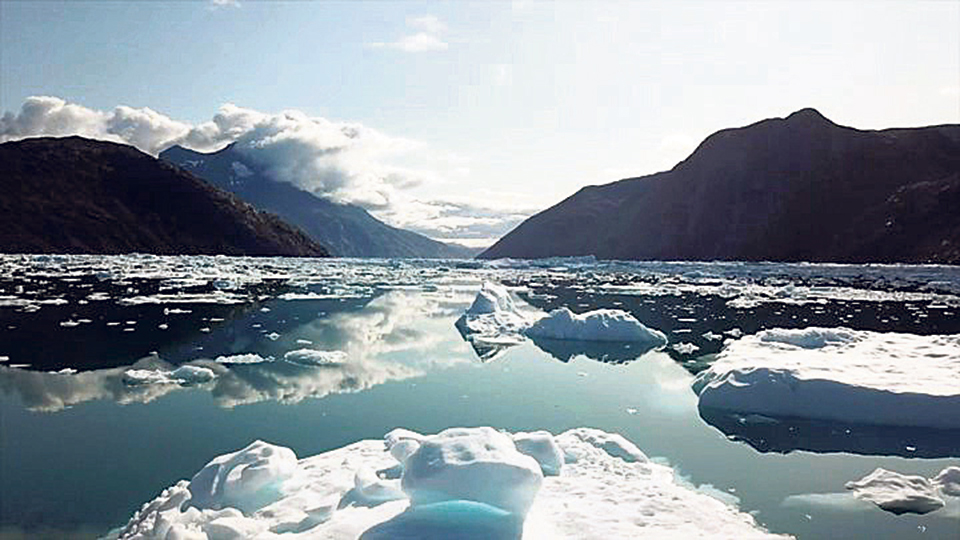 If extreme climate events were to occur due to rising global temperatures, Himalayan biodiversity might collapse. This eventuality could devastate our agriculture, leading to an apocalypse for Nepal

Nepal is one of the most vulnerable countries to climate change. Major climate stressors here are rising temperatures, increased floods, landslides and droughts. All major rivers, the agricultural lifelines, receive freshwater supply from melting snows and glaciers, and seasonal monsoon rainfall. Changes in the length, intensity and the amount of water flow in these river systems will adversely affect the population, eco-systems and biodiversity. Situation will be dire for majority of Nepal’s population who live in rural areas and survive on small-scale agriculture.

Food and power
Nepal is one of the top 20 highly food-deficient countries in the world. This phenomenon contributes to hunger, malnutrition and diseases and particularly most vulnerable women, children, poor and disadvantaged in rural areas are perennially remaining trapped in poverty cycle and disempowerment.

Nepal is an energy deficient country too. According to Energy Access Diagnostic Report’s Multitier Framework Analysis of the World Bank, majority of household cooking energy is derived from forest firewood (74 percent), liquefied petroleum products (34.9 percent), dung (5.4 percent), crop residue (4.9 percent) and biogas (three percent). Such heat trapping greenhouse gas sources, generating CO2, can be eliminated by harnessing hydropower, a major source of clean energy. It should be noted that household electricity use is only 0.45 percent.

Nepal has 83,000 MW of theoretical and over 42,000 MW of financially viable hydroelectric potentials. But installed capacity is less than 1,000 MW. Low household electricity consumption is an important indicator of poor economic health of a country.Nepal has the lowest electricity consumption in the world. The present hydropower energy development for domestic consumption and for surplus export has failed to replace traditional use of greenhouse gas emitting energy sources with the clean one.

Who would invest in development and transmission? Where to export surplus energy? These are serious issues but if we are to continue with the likes of misplaced debate on MCC grant, meant for power transmission and infrastructures development, future isn’t inspiring. Investors won’t be enthusiastic by such political rhetoric and short-sighted narratives on matters of pure economics of development.

Hydropower energy production is vulnerable to climate change impacts affecting future viability of hydropower potential. This possibility is not a fictional drama but a reality as thousands of climate scientists predict and have reminded that global temperature has already risen by 1.1 degree Celsius from pre-industrial level, and again, by one degree Celsius in the past decade—faster than scientists’ earlier prediction.

Conflict for water
Koshi, Gandaki and Karnali river systems serve millions of people living along downstream, including in parts of northern India. Future variability in rainfall together with Himalayan glacial melt could change availability of freshwater sources. Reduced freshwater could create future fissures between friends who have access and those who do not have adequate water. Let’s not forget that most human civilizations were built along the banks of mighty rivers and disruptions to availability of water could lead to unneighborly relationship.

Currently Ethiopia, Sudan and Egypt are at loggerheads over sharing the waters from river Nile. Conflict in the Middle East also involves element of sharing Jordan River waters among Israel, Syria, Jordan and Palestine. Water is a gift of nature, but water thirsty nations are demanding equal rights to access. India-Pakistan dispute also has an embedded element of river waters emanating from Himalayas through Hindukush into Pakistan, Afghanistan and India.

India is a water thirsty, energy hungry country and an economic powerhouse—fifth largest world economy surpassing France and the UK—and a global political player. Let’s not forget India’s underlying interest in Nepal could also be in future sharing of Himalayan mountain-fed freshwaters. If effects of climate change impacts continue to grow water related fissures with India is a distant possibility, as if Koshi and Mahakali inspired periodic eruptions were not enough. This is not a fiction.

Nepal faces production challenges in clean energy despite having huge hydropower potentials. As climate change impacts intensify, as predicted, Himalayan glaciers (including in Tibet region) are melting faster than previously predicted and freshwater lakes could dry up faster because of global warming. Hydropower energy production may not be viable in the long run when mighty rivers recede and demand for water develops into a serious challenge with growing population.

If a combination of extreme climate events were to occur due to rising global temperatures, as climate scientists predict, impacting on glacier melts, avalanches, heat waves, floods, landslides, Himalayan biodiversity might collapse. This eventuality could devastate agriculture resulting in food and freshwater shortages and rise in incidences of diseases. Isn’t this going to be an apocalypse for Nepal’s economic survival?

Probable consequences of future water shortages indicate nation’s inability to timely harness energy potentials for economic gains and prosperity. Proceeds from sales of clean energy could marshal high-quality infrastructures and agricultural development provided there is an access to energy markets. Nepal is a geographically India-locked country. It is achievable as the Gulf countries have demonstrated through the sales of fossil fuels.

India and China have pursued pragmatic development goals by harnessing domestic growth advantages and market trading system. China produces one third of global manufacturing and India dominates the niche market in information technology development. This transformation is so profound that grouping of unlikely similar economies and countries with different political systems like Japan, South Korea, Australia, Malaysia, Singapore, New Zealand and EU are pursuing closer trading ties with India and China simultaneously under the Regional Comprehensive Economic Partnership (RCEP). We, in Nepal, are still in deep cold water.

Hydro hope
Development of hydropower, a clean energy source, could reduce harmful greenhouse gas emissions. This potential should be fully harnessed with urgency and marketed. Nepal should aim to become a carbon negative (not carbon trading) country without any delay. This warrants a radical shift to development of technically viable large-scale hydropower projects, aiming to provide affordable clean energy to the communities and become a carbon negative (not neutral) country. Hydropower energy, thus, could enhance climate adaption and resilience of local communities.

Disappointingly, this nation has lost pragmatism of maximizing potentials accrued from comparative advantages of economic synergies with economic giants.The result: Nepal is one of the poorest countries and slowest-growing economies when compared with other Asian peers despite being one of the richest in hydropower resources. Per capita income also is rapidly eroding in comparison to other growing Asian countries. One World Bank estimate indicates some 32 percent of population in Nepal live on incomes between USD 1.90 and USD 3.20 a day, not adequate for graduating from low-income status to the middle-income anytime soon by any sustainable standards.

Pseudo-political-growth narratives of economic falsehood must be given away for realism and pragmatism. If not, with rising poverty and combined effects of increasing threats of impacts of climate change, Nepal’s survival as an economically sustainable state is unimaginable. Nepal should forge economic partnerships with groupings of multiple alliances (not political non-alliance) and harness growth potentials just as fast, without nationalistic posturing. We must secure sustainable economic future for the next generations. No ifs and buts.

The author, a founding board member of Nepal Policy Institute and a retired senior UN official, is the president of ‘We for Nepal’ based in Geneva, Switzerland
Neupanek1950@gmail.com

KATHMANDU, Oct 20: Even after the end of the rainy season, the incidence of floods and inundation has increased across... Read More...

No respite from floods, landslides

SINDHUPALCHOWK, July 23: Continuous floods in the Bhotekoshi River and land erosions caused by it have already washed away 85... Read More...