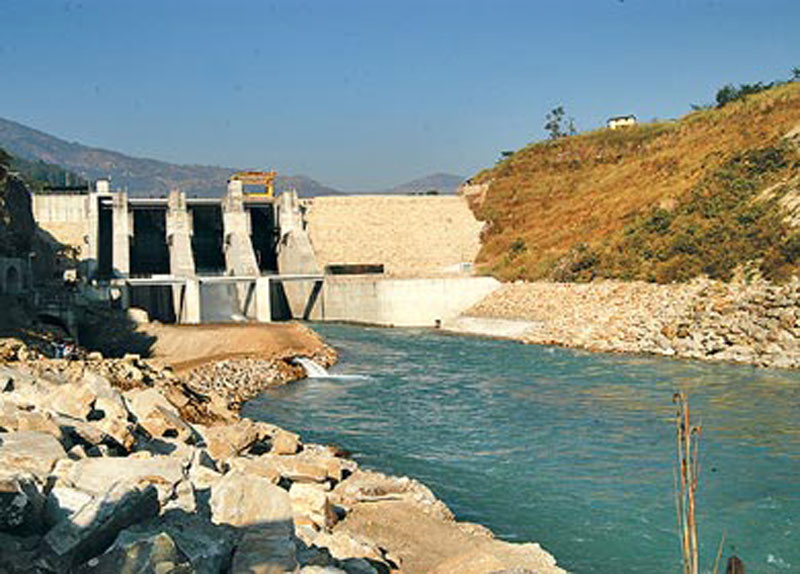 The PDA for the development of the Upper Trishuli-1 project could be a milestone in more ways than one.

Let me share some good news first. The government has signed an initial deal on the Project Development Agreement (PDA) with the Nepal Water and Energy Development Company (NWEDC) for the development of the 216 MW Upper Trishuli (UT)-1 hydro project. The deal was signed between the Ministry of Energy (MoE) and NWEDC exactly a month ago, on September 23rd. Developed by NWEDC—a joint venture between three Korean companies, the International Finance Corporation (IFC), the private sector lending arm of the World Bank Group, and a Nepali investor —UT-1 will sell all the electricity it will produce for domestic consumption.

The initial plan was to seal the final PDA by October 17. Though this deadline has already been passed, project developers hope that the final PDA will be signed by this November and construction will begin by October next year. When the final deal on the PDA is inked, this will be the first for a foreign-funded project meant exclusively for domestic consumption.

The company and the MoE had begun PDA negotiations in January 2014. Frequent government change was the main reason for the delay in the PDA. However, there is optimism in the air now as all outstanding issues have been settled, the initial PDA has been agreed upon, and the final deal is just a couple of months away.

This has revived hopes that NWEDC, the developer of UT-1, will start negotiations on power purchase agreement (PPA) with Nepal Electricity Authority (NEA), the sole buyer of electricity in the country. Similarly, the developers are now confident that the PPA will be signed within three months of the final PDA.

The signing of the initial PDA of UT-1 carries a huge significance. First, it has given a clear message that the government is serious about inviting FDI in hydro sector, which has been marred by political instability. It is said that many foreign investors are closely watching the progress of UT-1 so as to decide whether to invest in Nepal’s hydro sector. Through this initial agreement on PDA of UT-1, the government has welcomed huge FDI in hydropower. Needless to say, FDI is essential for achieving the government’s target of generating 10,000MW in 10 years.

UT-1 is crucial also because all the electricity it will produce will be consumed within the country. This means the project will greatly reduce the long hours of load-shedding.
However, the project still faces some challenges. After the PPA, NWEDC will have to begin formal financial negotiations with the lenders who have expressed interest to finance the project. Before the earthquake of April 2015, at least 12 international lenders, including the IFC, the Asian Development Bank, UK’s development finance institution, CDC, France’s PROPARCO and Société Générale had shown interest to finance the project.

During another meeting of international lenders last April, at least eight foreign financial institutions, including Germany’s DEG, had expressed interest to finance it. As things stand, the lenders will provide 70 percent of the project cost of US $550 million in credit, while 30 percent of the cost would come in the form of equity from the promoters.

The government’s inability to decide whether to sign dollar-denominated PPA was another reason for the delay. As there was no legal provision to sign PPA in convertible currency, the MoE was unable to address the request by developer of the UT-1. However, after nearly five-month-long border blockade, which disrupted supply of goods, including petroleum products, the government came up with the Action Plan on National Energy Crisis Alleviation and Energy Development Decade to increase the country’s dependence on domestic sources to meet its energy needs. This plan has paved the way for signing dollar-denominated PPAs in FDI-funded projects.

As per the action plan, PPA can be signed with project developers in convertible currency for 10 years so as to enable foreign investors to repatriate investment in Nepal-based hydro projects. As a result, the decision makers at MoE are ready to sign PPA in US dollars for UT-1. Because the project is being developed by foreign investors, who have brought in US dollars to build the project and as the value of the Nepali rupee has been steadily depreciating against the greenback, by 3.4 percent s a year for the past one decade, it makes sense to grant investors protection against foreign exchange variation risks by signing the PPA in US dollar.

The construction of UT-1 will take around five years and when completed it will generate 1.46 billion units of net electricity a year, of which 1.15 billion units will be generated in the wet season and 306.7 million units in the dry season. When construction is complete, the developer will operate the project for 30 years, as per the agreement with the government. The ownership of the project will be transferred to the government after the 30-year concession period.

Let’s hope UT-1 faces no more hurdles and as expected it starts commercial production by 2022.

KATHMANDU, Jan 2: Patan High Court has paved out a way for Nepal Police to seek sources of news from... Read More...