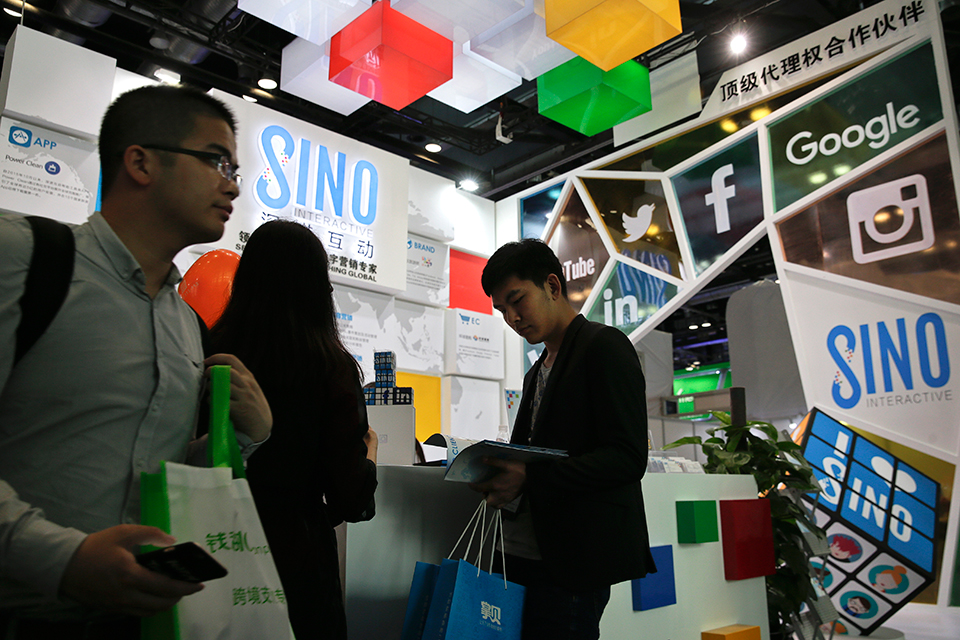 In this Thursday, April 28, 2016, photo, visitors at a social network company's booth try out booklets which enable people to connect global clients during the Global Mobile Internet Conference (GMIC) in Beijing. (AP)

BEIJING, May 3: China is tightening rules for online news as its censors try to control a flood of information spread through instant-messaging apps, blogs and other media sources that are proliferating in the country.

The rules announced Tuesday and set to go into effect June 1 will require online publishers to obtain government licenses and block foreign or private companies from investing in online news services or directly disseminating news.

Chinese news outlets will have to undergo a security review before working with foreign companies, according to a statement from the Cyberspace Administration of China, the agency charged with enforcing the rules.

The move follows a crackdown on dissent under Communist Party leader Xi Jinping that has led to tighter controls on what can be published online.

With the latest rules, the government will require internet companies to censor what their customers see or risk losing their right to operate, Chinese media expert Qiao Mu said.

"This is aimed at the companies rather than the individual users," he said. "It's not only to ideologically control information, but also to control the source of the information."

There are more than 700 million internet users in China. Authorities have long sought to block material considered subversive by erasing items off news sites and microblogs and blocking many foreign news sources as part of an elaborate censorship system that's been dubbed the Great Firewall.

The new rules take a more proactive approach, dictating rules on the sites' ownership and funding and targeting companies or individuals that violate them with potential fines or even criminal prosecution.

The official Xinhua News Agency characterized the rules as a security measure intended in part to protect the privacy of users.

The rules target Chinese internet services and seem unlikely to affect foreign news organizations and websites based overseas, many of which are already blocked from being accessed in China.

Chinese authorities are clamping down on streaming video over social media amid a proliferation of online-only television content and live-streaming. Read More...