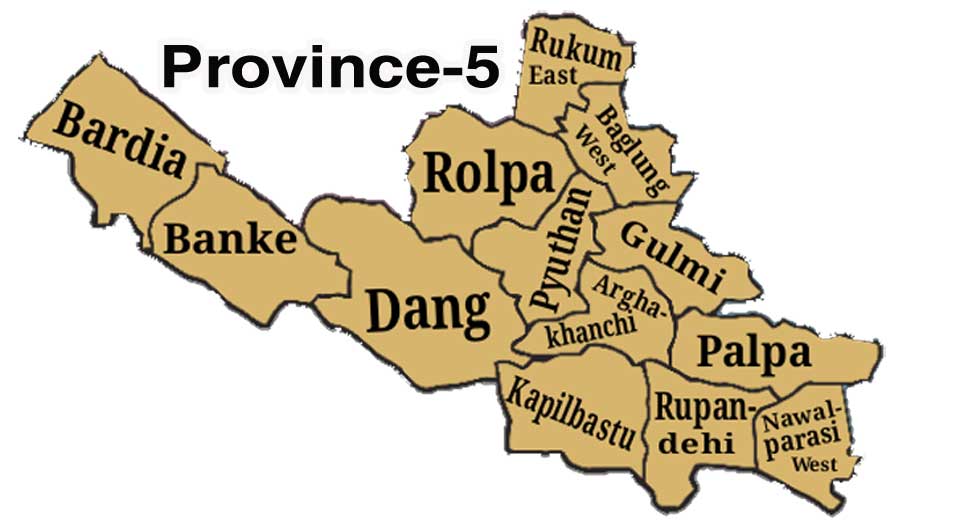 BUTWAL, Sept 18: The Social Development Committee of the Provincial Assembly of Province 5, has sought details of the procurement of medicines and health equipment from the Health Directorate under the Ministry of Social Development of the province after complaints were filed accusing the Directorate officials of irregularities while purchasing the items.

Receiving no response from the ministry or the directorate, Committee Chair Dirgha Narayan Pandey met Minister for Social Development, Sudarshan Baral in person and requested him to send the details.

Last year, parliament had asked government authorities to provide details about the implementation status of budget allocated for educational development. The authorities didn’t send those details, either.

Committee member Astabhuja Pathak said that the ministry submitted the documents only after the committee Chair Pandey met Minister Baral.

The assembly secretariat returned the additional money spent while procuring the vehicles but the Ministry of Physical Infrastructure, Ministry of Social Development, Ministry of Land Management, Agriculture and Cooperatives and the Ministry of Industry, Tourism, Forest and Environment haven’t abided by the committee’s direction so far.

In parliamentary system, House committees are regarded as mini-parliament as issues are thoroughly discussed in the committees more than in the full House meetings and committees can conduct thorough investigations on certain issues.

In Province 5, there are six House committees. They have been conducting discussions, monitoring and investigations on government activities and the decisions taken by the authorities of the executive. In parliamentary system, government agencies should be answerable to the legislature and its committees. However, lawmakers have complained that that spirit hasn’t been respected in Province 5.

Member of the Committee on Physical Infrastructure Fakruddin Khan said that his committee received complaints about the irregularities while building physical infrastructures. Then, the committee probed the matter and submitted a report. “We worked hard to investigate the matter as we conducted field visits to prepare the report. It was done with a view to help the government to carry out its tasks,” said Khan. “However, the ministers don’t take the committee’s recommendations seriously.”

PAC Chairman Dilli Chaudhary said that the government is very reluctant to implement the suggestions and recommendations made by the legislature even as the committees have given reports on issues directly concerning the general public.

Also, assembly members have accused the ministers of not addressing the issues they raise in legislature meetings.

Assembly members Fakaruddin Khan, Basiuddin Khan, and Kalpana Pandey have repeatedly expressed their serious concerns in House meetings about the government apathy toward their questions.

“We members in this assembly have been regularly raising the serious issue about the lack of fertilizer. The government has neither addressed the farmers’ plight nor has it addressed our questions here in the assembly,” said ruling party member Indra Prasad Kharel at an assembly meeting last week.

Other members Dipesh Tharu and Ram Aryal and Surendra Hamal also accused the government of undermining the legislature by not responding to the lawmakers’ queries.

However, Minister for Physical Infrastructure Baijnath Chaudhary, who is also the spokesman for the provincial government, said that it was baseless to accuse the government of being reluctant to address the lawmakers’ questions.

“The government has listened to serious issues raised in the assembly. We have also addressed them,” he claimed.

RUPANDEHI, March 10: Following pressures from the opposition and the ruling party members, the assembly of Province 5 formed a special... Read More...