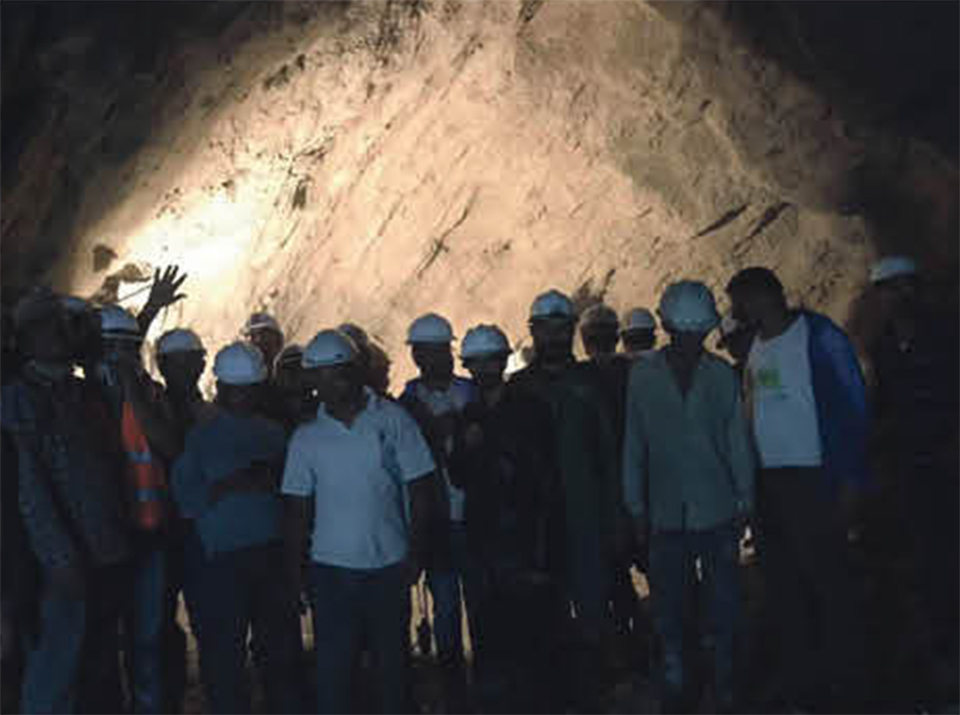 A sight of the breakthrough of pilot hole of Sanjen Hydropower Project, in Rasuwa. Photo: Republica

As the work progresses, a pilot hole will be constructed before keeping the penstock. After the pilot hole is dug, it is widened. After that, penstock pipe is placed and concreting is done.

According to the project office, the tunnel will be completed by November 2019. As the flow of water is more in the main tunnel, the project is getting delayed, said Project Manager Arpan Bahadur Singh.

"The construction work gets disturbed during the monsoon season," he said. "We have been clearing water by pumping every day."

Though the project has targeted to generate electricity within September 2020, this does seem difficult. The project has already decided to extend the deadline.

About 73 percent of the total project works have already been completed. About 98 percent of headworks of the project has been completed, according to Administrative Officer Sunil Prasad Regmi. At the moment, construction works of tunnel, powerhouse and headworks are going on.

The civil works of the project are undertaken by SEW Tundi, and the electro-mechanical works are being carried out by Nepal Hydro and Electric Limited. Likewise, Mudbhari and Joshi Construction Private Limited has taken the responsibility of constructing transmission line of the project.

The electricity produced here will be connected to the Chilime hub, which is being managed by Nepal Electricity Authority.

The authority has speeded up the pace of project with the approaching deadline. It has been said that the construction was delayed due to earthquake, blockade, landslide and carelessness of the contractors.

The total budget for the project is Rs 5.24 billion.

COP-27: Achievement for Nepal
11 hours ago