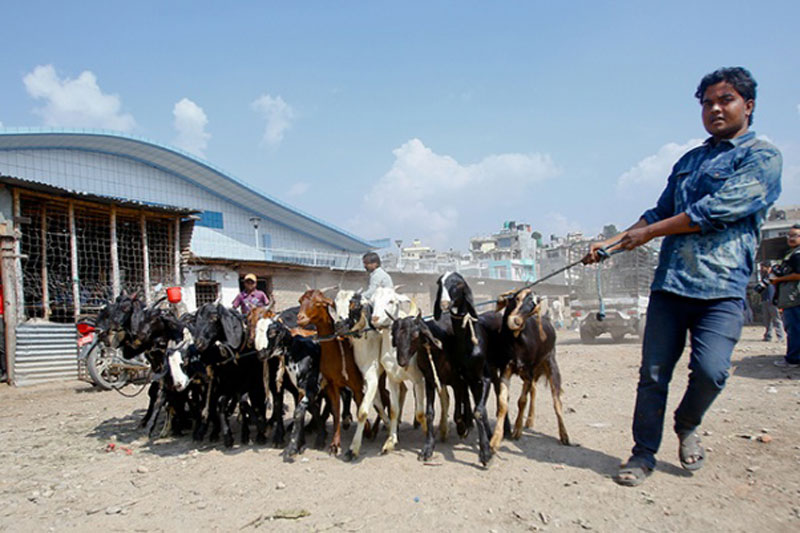 That this country has not collapsed thus far is perhaps one of the greatest surprises this world has ever seen
Holidays have become a costly offer for the multitudes. They have to spend almost all their income (it goes out as soon as it comes in) in providing for themselves, their families and the government (We are one of the most taxed people in the world. My Gorkhali pride takes a beating when I remind myself that we are the people of a country where one has to queue up for hours to pay taxes even when the state is literally absent when it comes to securing its people a stable present and a secure future).

In this context, those without disposable incomes, those people, who cannot get state funds for medical trips to foreign countries, would do well to stay home, for even a ride to Chandragiri via the cable car costs a small fortune.

In these troubling times, when the cost of intellectual and other forms of labor seems to be going down against market prices that seem to be shooting with the objective of touching our very own Sagarmatha, one gets a not-so-pleasant surprise when those whom we know well—or thought so—flaunt their newly-acquired wealth.

On such sightings, a series of questions arise. Questions like: Why were these guys not in Panama Papers? How come that they passed under the Wikileaks radar? How come our very own Commission for the Investigation of Abuse of Authority does not know about their ‘Purushartha’? What do these guys actually do beside their known professions? And what were you doing when these people were making big money?

These questions are perplexing, but not in a country which has been on a free fall for decades. Like Rhett Butler says to Scarlett O’Hara in Gone with the Wind, there is fast money in the destruction of a country, slow money in its construction. There’s no question of carpetbaggers of this country not knowing how and when to make big money.

That this country, reeling under cumulative effects of geological and political earthquakes, has not collapsed thus far is, perhaps, one of the greatest surprises this world has seen thus far. Perhaps Lord Pashupatinath is blessing us even in these ‘secular’ times.

The past seven tumultuous decades have made a huge difference in the life of this country. In a country located between two Asian giants that now seem to have the potential to become global powers, presiding powers also have much at stake. The conflict of interest deepens when one of the aspiring global powers acts as the face of presiding powers.

In a country where certain upwardly mobile families assume on their own frail shoulders the responsibility of deciding the fate of her peoples, Ranarchy has gone, monarchy has gone and Koiralarchy is on its way out in not-so-surgical moves that appear to be part of what a ‘towering figure’ of Nepali politics used to call a grand design, without knowing, perhaps, that he may have been a part of the nefarious plot as a loyal sepoy, if not as a commander.

The royals of the yore have either formed pages of a blood-soaked history or are seeking refuge in the woods.

Meanwhile, peoples are not any better than they were yesterday, even after making huge sacrifices for the sake of this country. For decades, they have been seeing with shock and awe one of the world’s oldest countries, which used to benefit tremendously from trade between China and India, turn into a more and more chaotic place after each wave of ‘political change’. They have been mute spectators to the slide of the land of peace, the birthplace of Shakyamuni Buddha and some other Buddhas, into a violence-ridden wasteland that sees thousands of its youth head to all imaginable sweatshops of the world every day. They have seen a country, once regarded as Asia’s most stable, turn into a playing field for foreign forces; they have seen foreign powers become self-styled viceroys and their own leaders mere chaperons at the end of struggles against homegrown tyrants.

Understandably, the net gains from these struggles have not been that great for Nepal and the Nepalis. On the contrary, these struggles are proving to be self-defeating games.

Such a change of fortune, such a riches to rags story, is, perhaps, one of the most unprecedented in the history of any country.

So, this Dashain, how about shedding a few tears on seeing chickens suspended upside down by either side of the wheel and each turning of the wheel churning the hapless birds’ wings? How about listening to moans of goats perched atop buses hurtling towards their destinations in the scorching autumn sun? Do these sights not remind us of our very own destiny?

How about pondering the cycle of birth and death: of a country and its peoples?  Anyway, for many of us, liberation from numerous cycles of birth and death is not anywhere near—birth in the land of the Buddhas gives us no instant ticket to liberation.

For a change, how about desisting from verbally abusing this country, if you do not happen to be the recipient of foreign wine from foreign power centers located in Nepal?
For a change, how about shunning parties this Dashain, how about drinking in moderation or shunning the drinks altogether? There is not much to celebrate anyway, with the national political crisis deepening and war clouds hovering over in the neighborhood.

How about reading voraciously, specifically volumes about this great country? How about thinking long and hard over political instability that has been a permanent feature of national life for decades? How about delving deeper into the theories of controlled chaos and the unfinished business? What if all major political events appear part of a plot to annihilate this country?

Who knows if some of our ‘political heroes’ turn out to be mere foot soldiers in a war for global dominance?

It will be no surprise if major events in the life of this country form a continuum and give birth to a Nepal Saga, reinforcing the towering figure’s theory of grand design.