Why IT Bill matters to you 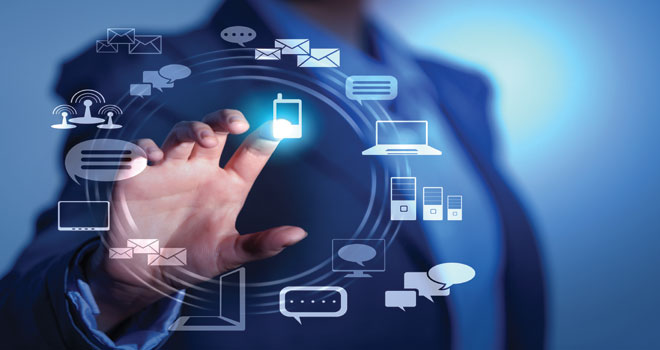 KATHMANDU, June 22: After the country promulgated its new constitution in 2015, the first in Nepal written by a constituent assembly, the list of fundamental rights grew to 31 from 24 in the interim constitution. Expectations were high that the people were about to enjoy greater freedom.

However, the bills formulated and laws passed by the government in recent months indicate that the country is headed in just the opposite direction.

In less than a year, the government has been introducing one after another piece of controversial legislation that could curtail individual freedoms.

The Bill on Information Technology tabled by the government in parliament in February is among the controversial legislation aimed at curtailing fundamental rights, according to stakeholders.
Ignoring public outcry, parliament’s Development and Technology Committee, which is holding discussions on the IT Bill, has stepped up its efforts to push the legislation through without amending the provisions inimical to freedom of expression.

According to Section 94 (C), messaging on social media that is intended at teasing, engaging in pranks, or discouraging or threatening others will be punishable with up to five years in jail and Rs 1.5 million in fines.

“The bill has proposed equal sentencing for posting pornography and teasing others on social media, which is strange. You may face a criminal case if your post on social media is found to be teasing in nature or harassing,” said advocate Prabin Subedi. According to cyber crime expert Subedi, cases such as the detention of Pranesh Gautam could become rampant if the offence is not properly defined.

Similarly, the bill allows the government to ban social media platforms on any pretext, and this power could be misused to suppress voices critical of the government. Although the government has defended the provision, stating that it was introduced with a view to bring advertising through social media under the tax net, this could have been done through amendment to the tax law, said experts.

With increasing access to the internet and social media emerging as the alternative media, stakeholders are worried that banning social media platforms could curtail freedom of expression for the general public.

“Bringing social media advertising under the purview of tax is a good thing. But the government could have adopted a different approach instead of banning any social media,” said Subedi. “Banning social media or seeking to remove posts from an individual’s account without a court order is against international standards in cyber law.”

The bill also allows the government to direct social media platform providers like Facebook and Twitter to remove the social media posts of certain individuals without any court order.
Instead of lightening the sentences for offenders, the parliamentary panel is set to endorse a bill that increases the sentences for various offences. Despite public outcry and calls for amendment by lawmakers, various contradictory provisions and overlapping sentences are being left intact in the bill.

For instance, the criminal code proposes two years in jail for defamation, but the IT bill has proposed five years jail for the same offence if it is committed through the internet. If someone is sued for a criminal offense, that person will be kept in custody even while the case is sub-judice.
The bill could land internet service providers in trouble if any internet user posts illegal content using their services. Experts worry that such a provision invites surveillance on user activity by the ISPs, which is against the fundamental right of privacy.

“ISPs may ban content if it is reported against by other users. The bill includes blanket provisions without explaining how to make the ISPs responsible and liable,” Subedi said.

During deliberations at the committee on Friday, Minister for Communication and Information Technology Gokul Baskota pressured the parliamentary committee to endorse the bill without delay. “I have visited this committee at least four times for this. It is not good for the committee to engage in the same issue for so long,” he said.

Most of the ruling party lawmakers are for endorsing the bill with minor revisions, while opposition Nepali Congress lawmakers have demanded further deliberations and consultations with stakeholders on the disputed provisions.