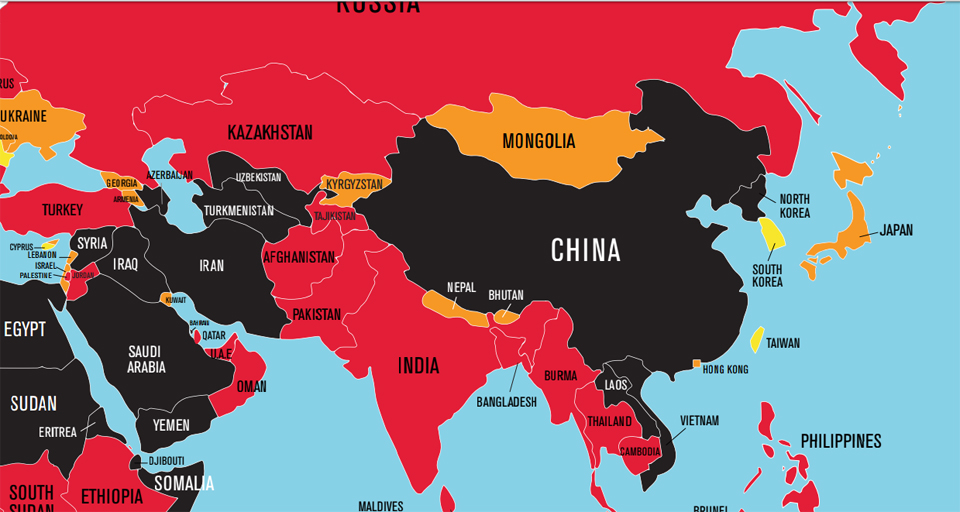 The index compiled by Reporters Without Borders (RSF) reflects covering political demonstrations and elections in Nepal by journalists is still unsafe.

Many reporters were the targets of intimidation or violence during clashes between protesters and police in the course of several months of demonstrations in the southern Terai lowlands, which fuelled political instability as well as physical threats to journalists and media.

In 2017, the first local, provincial and parliamentary elections in 20 years were marked by many violations of the press freedom.

Many journalists were arrested without a warrant and some were tortured in detention. Others were the victims of physical violence by party activists and politicians.

Some reporters were denied access to voting stations. In this light, the new government needs to take steps to ensure full respect for the “full freedom of the press” enshrined in the preamble of Nepal’s 2015 constitution.

KATHMANDU, Oct 8: After leading global growth for two years, the countries of South Asia have fallen to the second place... Read More...

Gaurika sets new national record, fails to qualify for next round
19 hours ago

Should vaccinated people mask up with COVID-19 cases rising?
5 hours ago

Vaccination to businesspersons demanded
4 hours ago