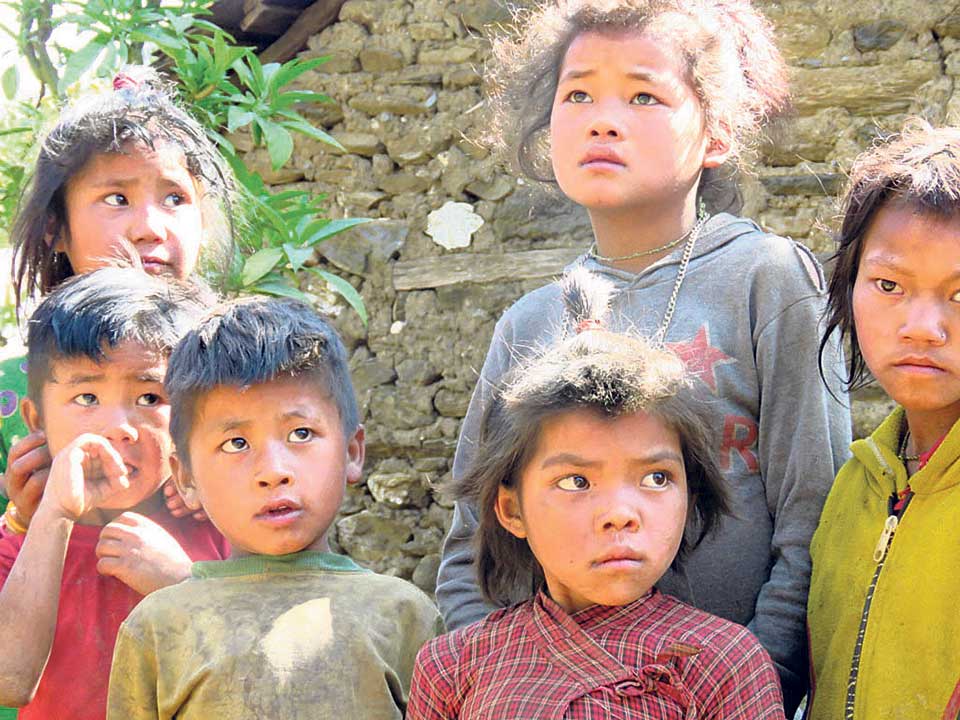 CHITWAN, March 1: There are a number of underdeveloped villages in Ichhakamana Rural Municipality, the only rural municipality in Chitwan district. Only a few wards have access to roads as most of them have geographical difficulties.

Chief Administrative Officer of the local unit, Narahari Sapkota says the rural municipality constitutes of mostly the Chepang community. Most women here give birth to a large number of children expecting a son. Sons are given so much preference here that those who find out they have a baby girl in their wombs will abort their babies by risking their lives. However, in order to discourage unsafe birth and abortion, the rural municipality has launched a new program from this fiscal year.

As per this new campaign, the local unit will be honoring the parents of a newborn daughter by opening a bank account in her name. "This will encourage women to deliver babies at birthing centers instead of risking their lives at home," said Sapkota. The local unit will not only open the account but will also deposit Rs 5,000 in it.

Parents of the newborn daughter will also be told to deposit an additional Rs 5, 000 in the same account. Sapkota further said that parents would be urged to keep depositing more money in the account for the secure future of their daughter.

"We have already collected the details of the daughters delivered at the health posts," said Sapkota. Currently, there are around 26,000 people in Ichhakamana. Especially the people of Chepang, Gurung, Magar and Tamang communities live here.

This campaign is expected to reduce the number of abortions as well as the infant mortality rate.

DHADING, May 7: Going against the Hindu tradition, which bars females from performing the final rites of their parents, two daughters... Read More...