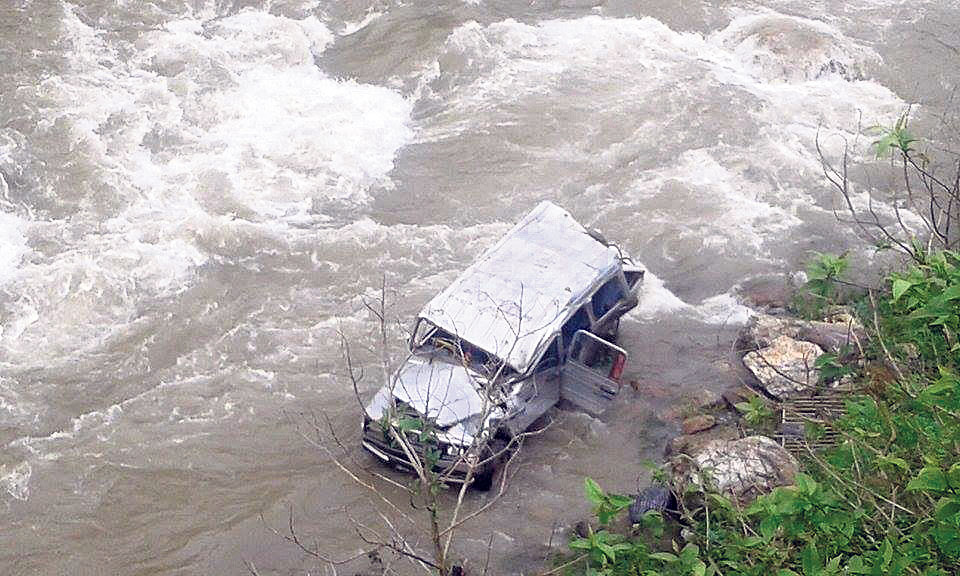 BAGLUNG, July 15: Nandakali Gaire, 60, has gone missing as a jeep heading to Chhorepatan of Dhorpatan - 4 from Burtibang fall down into Tamankhola river on Saturday. The jeep with seven people on board reportedly lost its balance and fell into the river due to break failure.

"The jeep fell in the river due to break fail. A sixty-year-old woman has gone missing while others have been injured," said Om Prakash Yadav, police inspector of Area Police Office, Burtibang.

Sarita BK, 14, Tham Bahadur Sherpali, 17, Gautami Sherpali, 6, and Fulmati Nepali, 65, who are injured in the accident are receiving treatment at Burtibang heath post, according to the police. The driver, Anil Giri of Pokhara Metropolis-11 has been taken into police custody for investigation.

Woman goes missing for the past four days

PANCHTHAR, Feb 1: A woman has gone missing for the past four days in Panchthar district.  Kamala Tumbapo (Susmita), 26,... Read More...

HETAUDA, Nov 23: One passenger died after a passenger Jeep en route to Birgunj from Kathmandu fell 50 meters below... Read More...