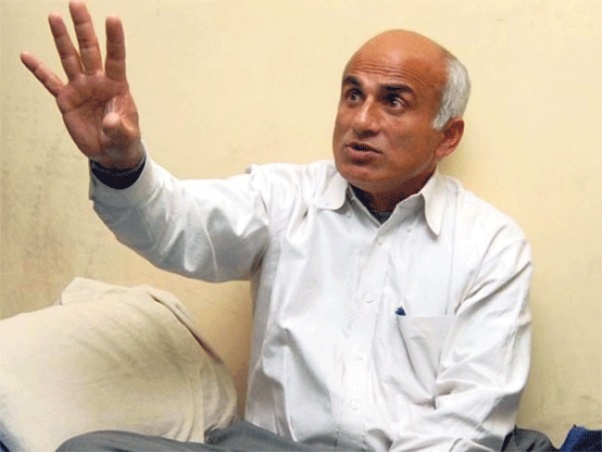 KATHMANDU, Sept 27: ​Dr Govinda KC, who had ended his 15th fast-unto-death on the 27th day on July 26, has threatened to start yet another round of hunger strike citing 'government apathy toward implementing the agreements reached with him' at the time of ending the last strike. He has been staging fast-unto-death for years to press the government to bring about radical reforms in the medical education sector.

“The government has been reluctant to implement the agreements reached with us. If the Health Education Act is not formulated from the ongoing session of parliament and all other agreements are implemented, I will be compelled to start 16th Satyagraha,” KC said in a statement issued on Wednesday.

"The bill hasn't been endorsed due to the presence of lawmakers in the parliament who just want to commercialize the health sector and make a killing out of the service sector."

He said that the bill wasn't endorsed due to the presence of lawmakers in the parliament who just want to commercialize the health sector and make a killing out of the service sector.

He has expressed his serious objection to the government for not implementing the agreements. “In the course of ending the 27-day-long Satyagraha, it had been agreed on the instruction of Prime Minister KP Oli and in the presence of NCP deputy leader Subas Nembang and NCP General Secretary Bishnu Paudel to pass the bill by including all our suggestions,” read the statement. Besides this, it has been a long time since we attended a parliamentary committee meeting and asked the committee in writing to endorse the bill, he said.

He has accused the authorities of trying to “dillydally and abort” the plan of endorsing the bill from the parliament. “The act of sending the bill from the full House to the committee and to the sub-committee from the committee proves that they want to weaken the bill,” he said. He claimed that the bill would have already been endorsed by including "pro-mafia provisions" had he not undergone the 27-day-long hunger strike.

He said he was compelled to continuing fast-unto-death repeatedly as the education has become too costly, sub-standard and accessible only to urban population. He said the children from poor financial backgrounds and middle class have been deprived of quality education.

KC also criticized the government for decorating former Chief Justice Gopal Prasad Parajuli, who was convicted of submitting fake birth documents, and Vice Chancellor Tirtha Khaniya, who was accused of plagiarism, with medals from the president.