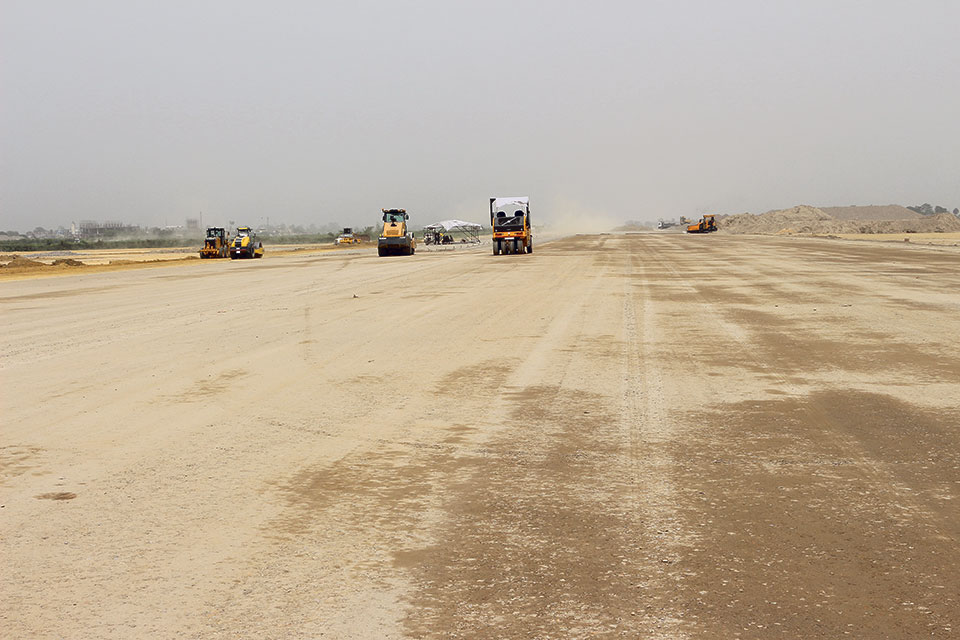 RUPANDEHI, Aug 20: The Gautam Buddha International Airport (GBIA) would have been a crowded airport nowadays operating multiple flights a day, if it was constructed in its first deadline. But it is still under construction and the construction is snail paced. Though it is one of the most prioritized ‘national pride projects’, locals express doubt that it would complete anytime soon. Just like many other national pride projects, which have failed to meet one after the other deadlines, the airport could never come to shape in their lifetime, they say.

“I feel that the airport may not be built in my lifetime. They are working on it so slowly. The government does not do any developmental works speedily, the whole system is corrupt,” said a local requesting anonymous. The grocery shopkeeper added that there is no other cause behind petty interests of bureaucrats in the sorry state of all major developmental projects.

“Be it constructing big hydro projects, or irrigation projects or be it about conserving the Chure Range, corruption is so deep rooted that we never get to see the expected results,” he further noted.

The government planned to build an international airport in Lumbini to address these issues. The decision had immensely excited the locals. However, the slow progress of the airport has left them discouraged.

“If we have an international airport here, it will completely change the face of this zone. Since we do not fare much well in terms of development and opportunity, people of this part have looked at the airport with high hope. But those hopes are not coming true and the delays are ever extending,” said the shopkeeper.

The project financed by Asian Development Bank was handed over to Chinese Northwest Civil Aviation Airport construction Group at the cost of Rs 6.2 billion. However, the company could not complete the project on time. The deadline was then extended by a year. As per the earlier agreement, the project work should have been completed by December of 2017. It was started on January of 2015.

The work had come to a halt in March 2017 after the local contractor Northwest Infra Nepal left it midway citing problem in budget release. Prior to that, it was affected due to ‘lack of construction materials’. Along with that, issue of land acquisition and compensation also had delayed the project. The affected families had taken to street demanding due compensation of their land. Presently, it seems that the transfer of the project chief Om Sharma is going to affect its work. he government has recently transferred him elsewhere.

“His transfer is suspicious. He should have been on the post, to maintain the speed at which the airport was being constructed. We have viewed it as a measure to affect the construction of the airport,” said Thakur Kumar Shrestha , vice president of Siddharthangar Chamber of Commerce and Industry. “Now a new chief for the project will come. He or she will take time in understanding the project. And before the chief understands or does anything, a new will come,” he added.

Stakeholders are not happy at all with Sharma’s transfer. Changing key person when project was beginning to gain pace, is not a good move, they say. Shrestha was of the opinion that personal interest has overruled national interest. “And that is why such things happen in our nation. The decision makers are driven by personal and political interests” he accused.

He said that construction of the airport gained pace only recently after a long obstruction. Construction works had gained some traction since the last few months. However, now, it might simply come to a halt again, he said.

“We had seen the construction work escalate in the past few months. The progress had made us hopeful. But now the news of the transfer of the chief has left us doubtful,” Sharma said.

The present deadline to complete the project is set to June 2019. But if the ‘motive’ of the government is not good, the deadline can’t’ be met, Sharma claimed. “When you do things that affect the project, meeting deadline is not easy.”

Meanwhile, Sharma informed that the airport could operate within a year. “Sixty percent of the construction has completed,” he said, adding that control tower building, parking, administration block etc are presently under construction. 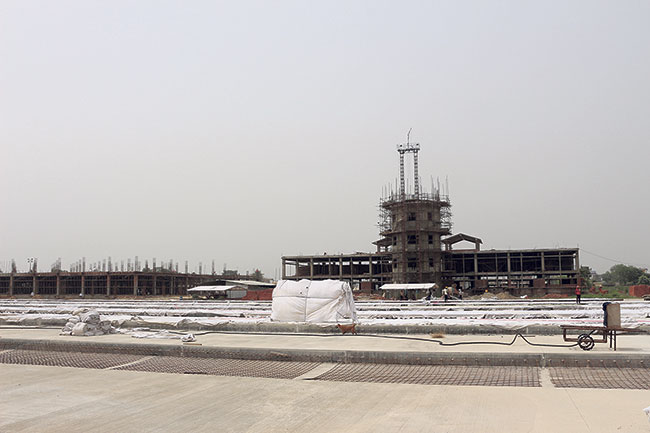 Gautam Buddha airport likely to be readied in three months