Most workers in tea industry are temporary 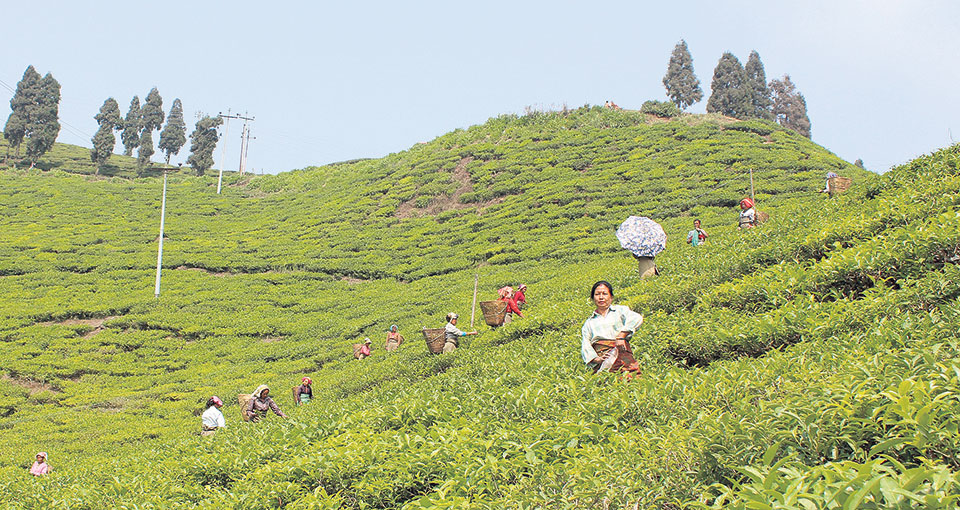 Only 3,244 of over 3 million workers permanent: Survey

ILAM, Aug 6: A total of 3 million workers are engaged in tea industry of Nepal. But only 3,244 them are hired on permanent basis, a survey shows.

The survey conducted jointly by Central Bureau of Statistics, and Nepal Tea and Coffee Development Board shows that 59 percent of the permanent jobholders in tea industry are male. In terms of seasonal temporary workers, however, the number of female workers is way higher. According to the survey 74 percent of the total workforce in tea industry, or 2,309,166 workers, are female.

According to the survey, 18,180 workers in the tea industry are promoter themselves or family of promoters.

The survey findings show that a large number of workers in tea industry are devoid of facilities promised by the state. Though labor laws of the country says that anyone working for at least 240 days should get permanent status, this is not happening in tea industry.

Worse is, temporary workers cannot claim minimum wage fixed by the government, according to laborers and industry insiders.

Meanwhile, the number of available workforce for the industry has dwindled in recent years due to lack of job security as well as pay and perks and other facilities as enshrined in labor laws. Despite this, promoters of tea industries are not serious about retaining this workforce in the tea industry.

Laborers are also not getting salary increment as per the grade provision which all workers completing at least one year of service are entitled.