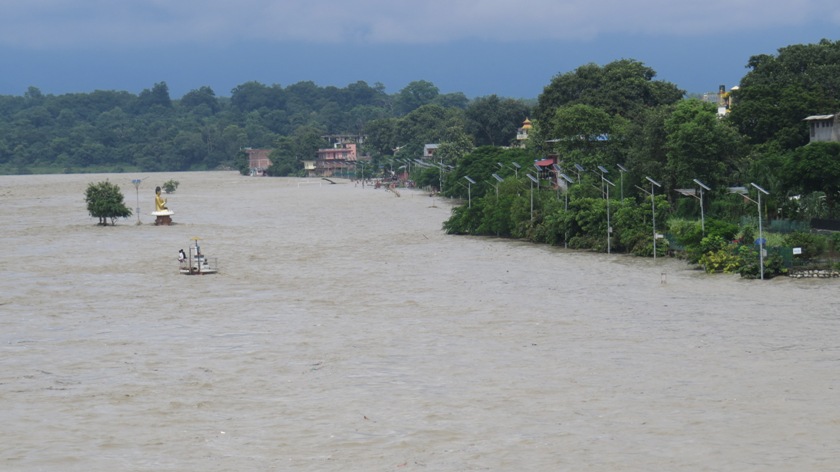 KATHMANDU, July 6 (RSS): Growing pollution in the Narayani River at Gaindakot Municipality of Nawalparasi East has made the locals to call for timely interventions from the government to protect the river.

The river is mainly polluted by the release discharge of harmful chemical substances and wastewater (without treatment) by industries near the riverbank.

The Gorkha Brewery Pvt Ltd here has been accused of contributing more than other business companies to increasing level pollution in the river.

According to local media person Prakash Raymajhi who visited the RSS central office today with a copy of a memorandum the locals earlier sent to the Office of Prime Minister and Council of Ministers; Ministry of Commerce and Supplies; and the Commission for the Investigation of Abuse of Authority, seeking immediate interventions to curb water pollution, protection of the river from pollution is the concern of locals. They have complained the company has not meet the pollution prevention criteria, causing negative impact on human health and posing a grave threat to existence of marine lives as well.

Mohan Bahadur Thapa of Gaidakot Municipality-7 said that they had demanded the monitoring of company activities and action against it for violating the pollution control standard.

The company, however, denied the charges and claimed that it has established an industrial wastewater treatment plant to treat wastewater before discharging it into the river.

A squad from the Department of Environment some few months ago visited the industry site. Department Director General Durga Prasad Dawadi said that at the time factory was found releasing harmful chemicals and substances into the river.

One goes missing in Narayani River

NAWALPARASI, July 23: The swollen Narayani River has swept away an elderly local while he was fetching logs from the... Read More...

Sarju Ranjit all set for the music video of ‘Yo Mann Ko Kura Na Ho...’
22 hours ago