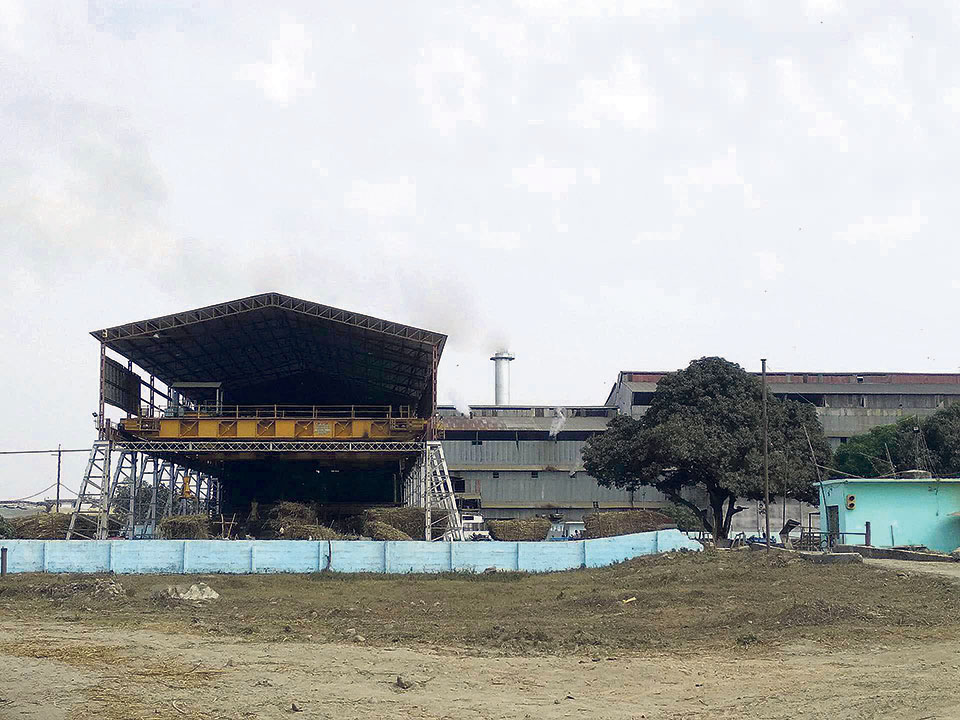 MAHOTTARI, May 23: Sugarcane producers have padlocked Everest Sugar and Chemical Industries, one of the largest sugar mills of the country, after the mill failed to settle their outstanding payments.

The mill has remained closed for the past three days.

After the mill showed no interest to settle payments of over 25,000 farmers, farmers padlocked the mill to pile pressure on the management to clear their dues at the earliest.

Farmers say that the mill management was showing no sign to pay the farmers. “Rather than starting negotiation with us for removing the padlock, the mill owners have gone out of contact,” a farmer told Republica.

Mahesh Singh Kushwaha, president of the Sugarcane Producers Association, Mahottari, stated that the mill management was still dilly-dallying on releasing payments to farmers. “As the mill management showed no sign of clearing our dues, we had no alternative but to padlock the mill,” he added. “The mill should have tried its best to resolve the problem. But it is aggravating the situation by turning deaf ears to our demand.”

Kushwaha demanded that the government should find permanent solution to the problem so that farmers do not have to suffer every year.

Furthermore, Kushwaha insisted that the concerned authorities should make an effort to provide farmers with the payment for nearly 4.3 million quintals of sugarcane that the mill had purchased between December 22, 2018 and April 7, 2018.

Farmers have received payments for sugarcane sold till mid-January – a total of 880,000 quintals of sugarcane at a rate of Rs 531.20 per quintal. It hasn’t paid the farmers since then.

As per the tripartite agreement signed by the Sugarcane Producers Association, Ministry of Agriculture, Land Management and Cooperatives and Sugar Producer’s Association some months ago, sugar mills have to pay farmers within 45 days of the arrival of sugarcane in the mill.

“However, as Everest Sugar Mill did not abide by the agreement, we were forced to padlock the mill,” Maha Shankar Theeng, an executive member of Sugarcane Producer’s Association, said. “Farmers have not received payments for their sugarcane sold three months. This is a clear wrongdoing on the part of the mill authorities.”

Talking to Republica, Surat Lal Yadav, a farmer from Mahottari, said farmers like him have not been able to repay their banks because of the delay by the mill management to settle their outstanding dues. “We are having difficulty arranging money even for our daily expenses,” he added.

While the farmers have been facing great financial stress, mill officials say that they have been facing huge loss due to the government decision to allow sugar imports from India. “As the government has allowed traders to import sugar from India, there is not much demand for sugar in the market. Sugar produced by us has remained unsold,” Yugal Kishor Chaurasiya, general manager of Everest Sugar Mills, said.  “This is why we have been unable to pay farmers.”

He further added that the mill borrowed Rs 550 million from Nepal Bank Limited Ltd and Rashtriya Banijya Bank Ltd to pay farmers for procurements made till mid-January.

Chaurasiya and other mill employees were kicked out of the mill premises and the office by angry farmers while padlocking the mill on Sunday.

KATHMANDU, Sept 12: Two sugar mills have signed initial agreements with the government to produce electricity. If it goes as planned,... Read More...