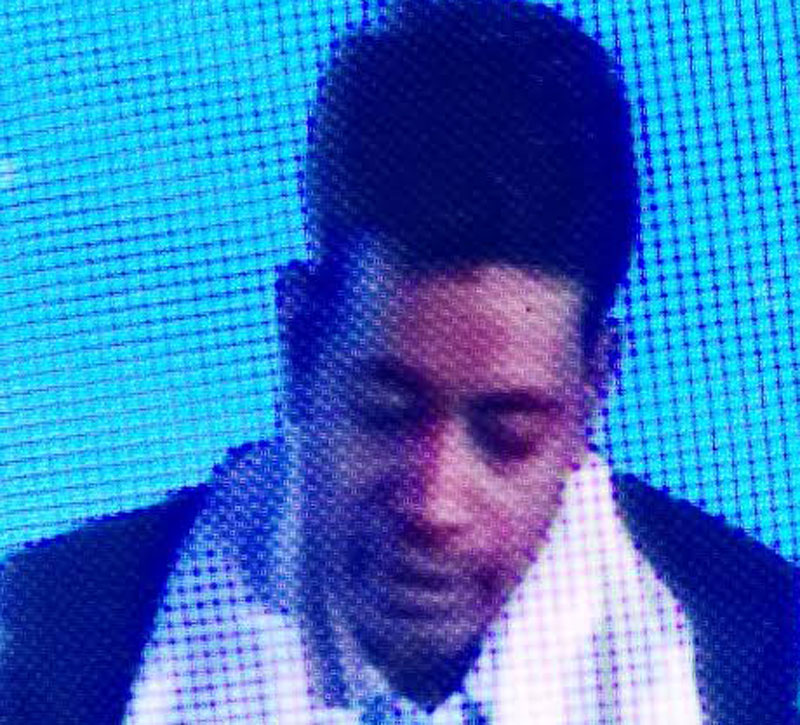 Ambedkar’s call to “educate, agitate and organize” is applicable for all dominated groups everywhere
Civil rights and Dalit empowerment activist Suvash Darnal was an exceptionally soft-spoken person with the will of steel. More or less, so is the human rights defender, Madheshi dignity promoter, Dalit emancipation proponent and practicing Supreme Court lawyer Raksha Ram Chamar (Harijan), the first recipient of the Darnal Award for Social Justice. Similarities in their outlook are striking and so are differences in their approach towards similar goals.

Suvash came from a modest background and worked his way up to become a young achiever of national fame and international acclaim. So has Raksha Ram, as he has struggled against the systemic oppression despite quadruple disadvantages of being a Madheshi, a poor, a Dalit, and a resident of the borderlands with little or no connection to the centers of political, cultural, commercial, intellectual or other forms of power. They may not be treated as such, but most Pahadi Dalits can boast of some or the other socially respectable Khas-Arya cousin speaking the same language and sharing similar beliefs. The cultural and linguistic barriers that a Madheshi Dalit has to overcome are often insurmountable.

An accident took Suvash away from causes dear to his heart at an early age. His contributions to society have been enormous, but even more remains to be done. In that sense, the recognition that Raksha Ram has received amounts to conferment of responsibilities on his competent shoulders. For the mainstreamers, an award is an achievement and the awardee can afford to bask in the glory of laurels on the head with guaranteed commensurate respect for quite some time as her earned right. There is no such luxury for the marginalized. Activities and activism of Raksha Ram will perhaps be under closer scrutiny now than even before. That’s the reason his future plans deserve to be examined in the light of social-cultural realities of public life in Nepal.

In his acceptance speech, the noted Supreme Court lawyer declared that his fight for dignity will continue through legal means and judicial activism. Primacy of the profession is the hallmark of most achievers. A good doctor serves her society through accessible, affordable and better medical care. A competent engineer builds and maintains dependable, economical and aesthetic infrastructure or appliances to make society more livable. An iconic teacher makes desirable future through the search, refinement and diffusion of knowledge. It’s natural for a lawyer to emphasize the role of law in ensuring social justice. Unfortunately, that’s where the problem begins for oppressed groups of all kinds—professional beliefs and solidarities take away the most energetic and competent individuals from the shared causes of the collective.

No comparison is ever flawless just as no two persons—not even twins—are exactly alike in their beliefs and convictions. However, parallels do give examples to derive some useful lessons. Had Jawaharlal Nehru taken up the flourishing law practice of his father at the Allahabad High Court, the history of Indian independence or its unity would probably have been different. Lee Kuan Yew had received double starred-first-class honors in law and had become a barrister of the Middle Temple. Nobody remembers Che Guevara for medical services he rendered as a physician.

All professions are indeed noble ways of serving humanity under normal conditions. In times of crisis, restrictive boundaries of discipline have to be crossed at least by some professionals to bring about stability with justice. That sounds axiomatic to the point of being clichéd, but the urge of the marginalized to be accepted into the mainstream is so strong that few gather the courage to go beyond the call of their expertise despite good intentions. The impulse to respond to “You are a doctor, an engineer, a lawyer; you are one of us!” is irresistible.

In most societies, the history of subjugation is often swept and kept under the carpet to maintain dignity and decorum. When Muslim scholars talk about the condition of women in Islam, they tend to preface it with noble intentions of the original commandments. Let alone the Crusades, most Christians don’t like to dwell too much even upon the Holocaust, which some of them continue to deny despite lived experiences of a large number of survivors. For reasons unique to the evolution of the USA, pathologies of race relations have been studied in far more detail in that continental country.

Experiences of South Africa or Zimbabwe are raw too, but Americans keep scrutinizing their own behavior even as they racially profile people, tolerate segregation, and continue to shoot African-American youngsters on mere suspicion with near impunity. The politics of respectability as an area of study is an American invention. Its processes and findings, however, resonate in every society that confers structural privileges upon the dominant population irrespective of its number.

Celebrated and derided in equal measure since the validation of the idea in 1897 of W.E.B. Du Bois, who blamed the victim for the “immorality, crime and laziness among the Negroes themselves”, Timothy Welbeck describes Politics of Respectability in a succinct manner: “... the idea that marginalized people must successfully demonstrate their collective social values comport with those of mainstream norms and mores to receive a modicum of equality.” The onus is upon the mimic person to become like masters. That’s asking for the impossible in the US where the “one drop” dogma persists in practice. But even where prerogatives and handicaps are communal rather than racial, pressures for conforming are enormous.

The very first requirement of being condescendingly admitted into the hoary circle of supposedly meritocratic elites is the vociferous denial of the natural identity. In practical terms, it implies that a Dalit must keep repeating that she is still a Hindu despite all the humiliation her religion inflicts upon the “outcastes” and the “untouchables”. A Muslim must build a temple, just as someone in Birgunj did recently, to acquire the endorsement of being an ideal citizen. Hindus don’t have to build mosques or churches for their neighbors.

A Madheshi must continually claim that she is a Nepali First, no matter how hollow the claim may sound to her own ears. Dressing in Daura-Suruwal elevates chances of acceptability several notches, as do attempts to speak Nepali at home when within the earshot of anybody from the dominant community, even domestic help or the rag-picker. When walls have ears, permanent attention to differential behavior is the price of acceptance into the mainstream.

Michel Foucault captures compulsions of the dominated population best. When power is exercised through social relationships in a diffused manner, individuals are forced to regulate themselves and to ensure that their own behavior falls within acceptable norms. Punishment for non-conformism is denial of existence. Rewards of conformity are nothing more than patronizing acceptance. And yet, the marginalized longs for approbation and fears disapproval.

The trouble with the politics of respectability is the necessity of exception. It may help a Zakir Hussain, a KR Narayanan, a Rambaran Yadav or even a Barack Obama rise out of the crowd, but that is precisely the problem. With a Muslim, a Dalit, a Madheshi and a half-black name as trophy, the dominant community earns the right to chide everyone else: Why couldn’t ‘others’ too become like one of them? The reason is simple—chairs at the high table for mimic persons are inherently limited to enhance the atmosphere. Decorative persons aren’t equals; like Nand Bahadur Pun and his ilk, they are more than equal to be paraded for effect.

Everyone in the modern society has multiple identities. Some are acquired, a few are achieved, and some more are ascribed to a person irrespective of her position. In the Hindu world order, the religion can be changed but the caste sticks to the bone regardless. Class is partly a function of effort but mostly a result of who is in the social pecking order and who one knows in positions of power. For the ground realities to change, there is absolutely no alternative to ceaseless struggles.

BR Ambedkar’s call to “Educate, Agitate and Organize” was aimed at Dalits, but directive is equally applicable for all dominated groups everywhere. However, role of the leadership in channeling ideas, actions and alliances is most crucial. Suvash had embraced intellectual and street activism. Raksha Ram wants to rely upon judicial processes. That’s absolutely necessary but emphatically not enough. There is no alternative to grassroots activism to ensure social justice.

HONG KONG – The world is at war. The enemy is resilient, ruthless, and unpredictable, with no regard for race,... Read More...

My maternal grandfather who is 96 never misses to talk about the Second World War whenever I go and visit... Read More...

NEW YORK – The shock to the global economy from COVID-19 has been both faster and more severe than the... Read More...