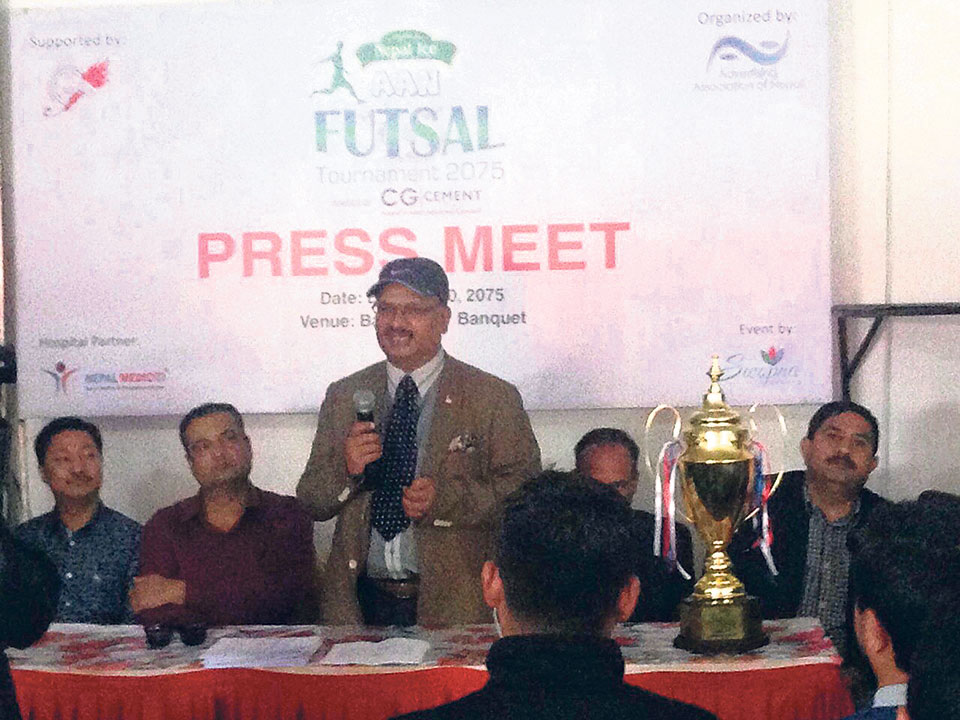 President of Advertising Association of Nepal Rabindra Kumar Rijal (center) speaks during a press meet in Kathmandu on Thursday.

KATHMANDU, May 4: Advertising Association of Nepal (AAN) is set to organize the Nepal Ice AAN Futsal Tournament from Monday.

AAN’s President Rabindra Kumar Rijal informed that a total of 32 teams will take part in the tournament including AAN, media and corporate houses. The tournament will be played at the Field Futsal in Sanepa and will conclude on May 12.

“This tournament is being organized to increase the cooperation and brotherhood between the AAN, media and corporate houses,’’ Rijal said. “ We are already encouraged with the participation of good teams in the first edition. We will take the tournament forward in the recent times.’’

The teams are divided into eight groups in the tournament which will be played in league format. The top two teams from each group will enter the last 16, informed the organizers.

Futsal tournament this weekend in Pokhara

POKHARA, Dec 21: The pokharanews.com is organizing a Futsal tournament with an aim to promote tourism through means of sport. Read More...