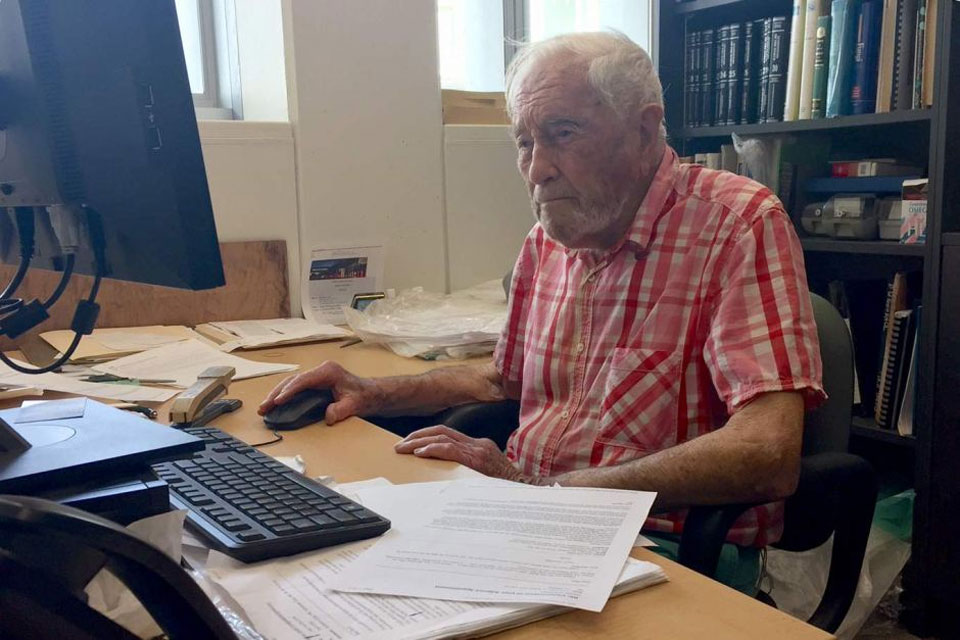 A 104-year-old Australian scientist is traveling to Switzerland to die.

Renowned ecologist and botanist David Goodall is not terminally ill but plans to perform "voluntary euthanasia" at a Swiss clinic. Swiss law permits assisted suicide, including for foreign nationals.

Euthanasia is illegal in Australia on a national level. Last year, Victoria became the first state in the country to legalize assisted suicide but the law only applies to terminally ill patients and won't be an option until mid-2019.

Goodall had expressed fears that Australian officials would try to stop him from going to Europe.

"I am 104 years old, so I haven't got much time left anyway," Goodall told the Australian Broadcasting Corporation. He said he might as well skip this stage in his life where things get "worse and worse" and make him "unhappy as it goes."

"One lives some decades and then one dies. It's not sad. What is sad is if one is prevented," Goodall told the ABC when he turned 104. "I'm not happy. I want to die."

An online petition raised $15,000 to help Goodall get to Europe. Before traveling to Switzerland, Goodall will visit family in France, the BBC reported.

Carol O'Neill, a euthanasia advocate who works with Exit International, is traveling with Goodall. O'Neill said Goodall's quality of life has seriously deteriorated. After a fall last month, doctors told Goodall he needs around the clock care or to move into a nursing home.

"He's not depressed or miserable, but there's just not that little spark that was there a couple of years ago," O'Neill told the BBC.

9th National Games: Most events including inaugural and concluding ceremony to be held in Pokhara
45 minutes ago