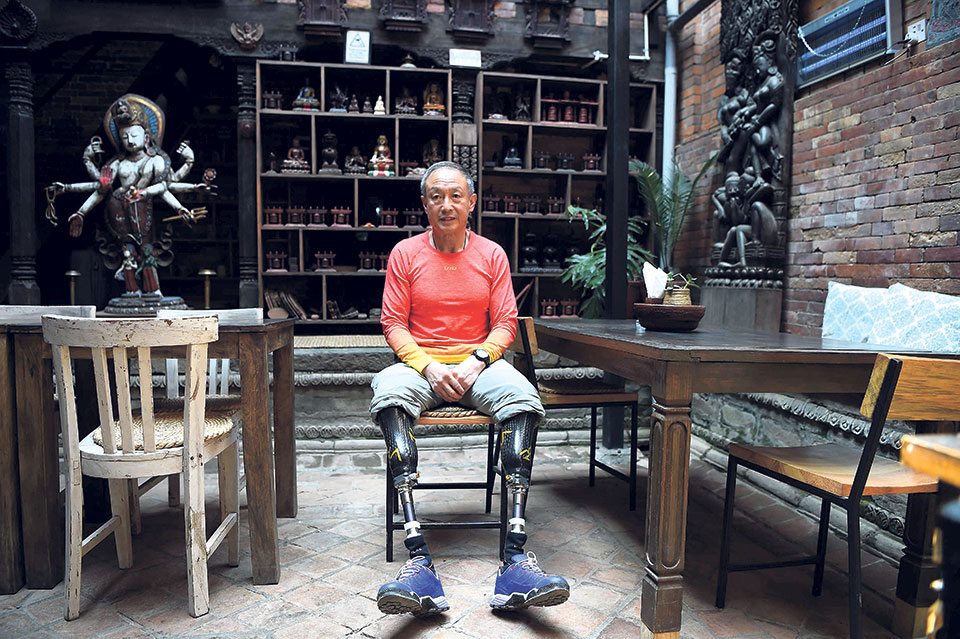 hinese double amputee climber Xia Boyu, who lost both of his legs during first attempt to climb Everest, in Bhaktapur, pictured in Bhaktapur on April 4. He headed for Mt Everest last week. (AFP/RSS)

KATHMANDU, April 8: As the spring season begins, mountaineers have started heading for the mountains, including Mount Everest. Disabled-abled climber Xia Boyu, a 70-year-old Chinese, is among the mountaineers aiming to climb Mount Everest this spring. This is going to be Xia’s fifth attempt to climb Everest. The Department of Tourism (DoT) has said that the Chinese climber set off for Mt Everest last week.

Earlier on December 30, a cabinet meeting had taken the decision to ban double amputees from climbing Everest. However, the decision was stayed by the Supreme Court later. The apex court directed the government on March 7 to allow double amputee climbers to climb the mountain.

Earlier, Hari Budha Magar, a former British Gurkha soldier, had postponed his Mt Everest expedition because of the cabinet decision. Stakeholders have been claiming that climbing a mountain is not just about ability or disability and that climbing Everest requires experience and self-confidence. Mark Inglis, a double amputee below knees from New Zealand successfully scaled Mt Everest in 2006.
Pankaj Pradhananga, director of Four Season Travel & Tours said that mountain climbing requires both mental and physical fitness, self-confidence and a good experience on such adventure activities. “Climbing a mountain is not about anyone’s ability or disability,” Pradhananga said, adding, “It is all about how experienced you are and how is your fitness level–both physical and mental.”

He further said that whoever is determined to climb the mountain should get the chance to pursue their goal.

Indian army colonel vows to give Everest attempt another shot