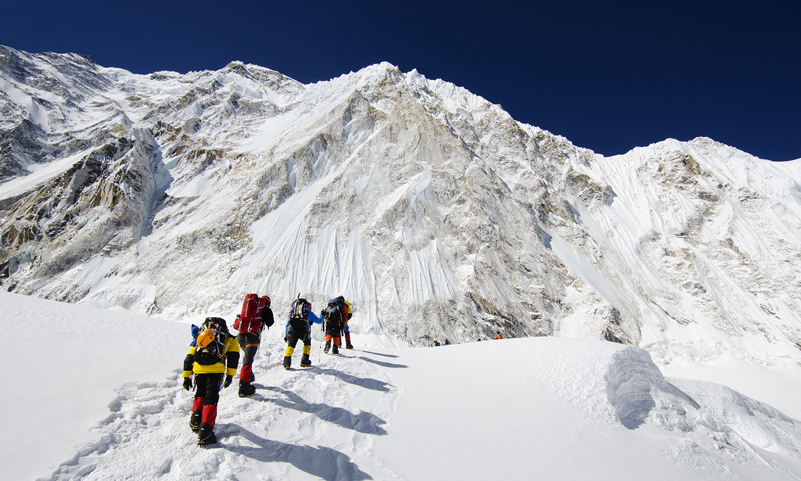 KATHMANDU, May 15: Mountaineers on Tuesday could not get to the top of Mt. Everest due to bad weather. Over 100 mountain climbers were making preparations to scale the Third Pole.

“Over 100 mountaineers from Nepal and aboard who were heading upward the summit put up at the various camps after the weather turned unfavorable,” liaison officer of the Ministry of Culture, Tourism and Civil Aviation Gyanendra Shrestha,  from Mt. Everest Base Camp told Republica Online.

All the mountaineers had to cancel their ascent after the weather above 8,000 meters turned unfavorable all of a sudden.

According to Shrestha, the climbers will resume their ascent on Tuesday night. If the weather favored them, they would reach the summit by 8 to 11 am on Wednesday, said Shrestha.

A total of 50 climbers from Nepal and abroad, who were waiting at Base Campt to Fourth Camp for favorable weather, made it to the top of Mt. Everest successfully.

SOLUKHUMBU, April 18: The permit of permission seeker to scale the Mount Everest has increased this year. 365 mountaineers have... Read More...