'No possibility of party unification' 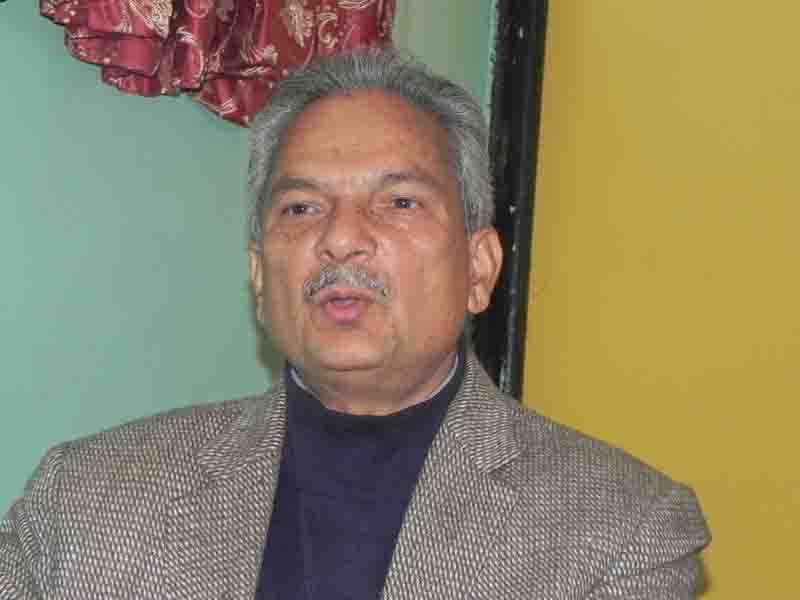 CHITWAN, Mar 2: Naya Shakti Party Coordinator, Dr Baburam Bhattarai, has said that unity of his party with CPN (Maoist Centre) was not possible.

Talking to media persons here today, Coordinator Bhattarai clarified that there was no possibility of the party and work-level unification.

Meanwhile, at a programme organized by Province No 3 and 4 and Bharatpur on Wednesday, the former Prime Minister, Dr Bhattarai, said that the party would support and object to the government on the basis of its activities.

He said, "We will support the activities carried out in favour of the nation and people and protest those carried out against the people and nation."

The Naya Shakti Party Coordinator argued that it was not necessary to garner a three-fourths majority in the government even after having two-thirds.

Dr Bhattarai said, "There should be the ruling and opposition parties in the democracy. The ruling side will implement its policy and programme if there is an opposition party."

On the occasion, the theme of the five-point declaration of the Lumbini Meeting of the party held recently was recited jointly. RSS

KATHMANDU, March 9: The taskforce formed to work out on the organization of the party unification of CPN-UML and Maoist Center has... Read More...

KATHMANDU, Feb 21: Although the CPN-UML and CPN (Maoist Center) inked a merger deal on Monday, the process of formal unification... Read More...