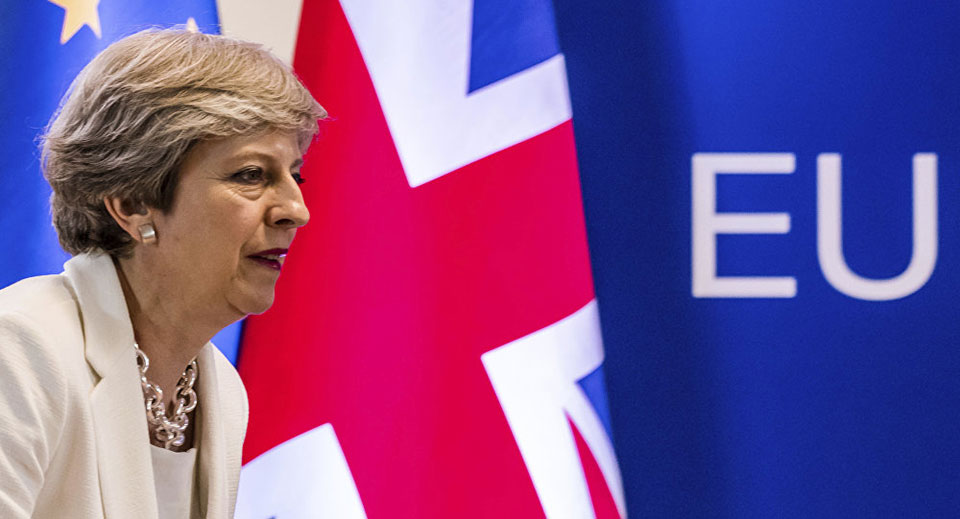 Brexit reveals a major dilemma of democracy. What is to be done when a country is deeply divided on a key question?

PARIS, Jan 1: I have a British friend who never travels without his Irish passport, at least not since June 2016, when the United Kingdom voted to leave the European Union. “Just in case,” he likes to say. “You never know what may happen.”

Ever since Brexit, the Irish passport has become something of an insurance policy against irrationality, and represents, for my friend at least, the possibility of retaining his European identity. If things turn out badly in London, he reasons, there is always Dublin.
Hedging has become a favored approach of those seeking to make sense of the British divorce from the EU.

The agreement reached this month between UK and EU negotiators has only heightened the unease. On the one hand, that “breakthrough” set the stage for talks on the post-Brexit relationship trade to commence, seemingly making separation inevitable. On the other hand, there is a belief that nothing is set in stone, and that finality will come only after many thorny issues are resolved.

The physical boundary between Northern Ireland, which is part of the UK, and Ireland, which will remain in the EU, remains among the most complex problems. That issue risks becoming the twenty-first-century equivalent of what the Schleswig-Holstein question was for European diplomats in the nineteenth century—a recurring nightmare.
But the Irish border is not the only challenge that Brexit talks face. Numerous issues, from trade to foreign policy, will also test negotiations.

Hope and fear
My friend is clearly divided between hope and fear. Paradoxically, his optimism stems from a conviction that the threat of chaos will push the British to reconsider their choice, as John Bull’s pragmatism ultimately returns and prevails. A second referendum, he and others believe, might even be in order.

Beyond placing hope in the revisionist power of chaos, the “Remain” camp is betting that “Leave” supporters will ultimately realize the folly of a “soft” Brexit, and retreat. Anything short of complete separation from the EU would be akin to the situation in which France found itself after withdrawing from NATO’s military command in 1966. Until France reversed that decision in 2009, it remained more or less bound by the constraints of other NATO members but lacked any say in political or military decisions.

Today, Britain appears to be following a similar trajectory. A “soft” Brexit will not necessarily ease the economic pain of divorce, but will undoubtedly be politically frustrating for both supporters and opponents. And, after having been asked to express their preference, voters could conclude that anything but a “hard” Brexit would be illegitimate and leave the UK stuck between two stools.

The Brexit debate reveals one of the major dilemmas of democracy. What is to be done when a country is deeply divided on a key, even existential, question?

Authoritarian regimes do not face this quandary, at least not outwardly. The leadership decides. However rash a policy might seem to those with representative governments, the “people” in an illiberal order either bend to authority or mobilize to break it.

In Britain, a small majority voted in favor of Brexit, plunging the country into a state of confusion, which is bound to continue, regardless of what happens in negotiations with the EU. Earlier this month, a study published by YouGov found that British citizens remain as divided on Brexit as they were when they voted last year. It is as if the debate has simply become frozen.

This is partly because views on European integration are tied to education, social status, age, and geographic location. No matter how talented UK and EU negotiators are, there is no compromise that will close these gaps completely. The objective, therefore, should not be to find the best solutions, but the least bad ones. What these will look like remains to be seen; but, at the very least, the “Leave” camp must feel that their votes were respected, while “Remain” supporters need to be convinced that the worst has been avoided.

For now, Britain seems to have accepted that the EU’s demands are not irrational or unacceptable. The UK will pay a premium—some £40 billion ($53 billion)—for its divorce from Europe. In return, the UK will have two years to untangle the numerous threads that tie Britain to the continent.

For those who place their faith in chaos, it is hard to see how that will help. A party of “Bregretters”—those who regret Brexit and could push for its reversal—does not exist. Nor has a strong political figure emerged to lead such a coalition. Former Prime Minister Tony Blair might have pulled this off earlier in his career; after his disastrous decision to support the Iraq war, however, his image is in tatters.

So, despite recent progress and commitments to move Brexit talks forward, nothing about the process is certain, except, perhaps, that it will become more, not less, chaotic as the two-year clock ticks down. That could be bad news for Britain, for Europe, and for democracy. Then again, as my friend with the Irish passport likes to say, you never know what may happen.

The author is Senior Counselor at the Institut Montaigne in Paris © 2017, Project Syndicate. www.project-syndicate.org.

WASHINGTON, April 13: The idea of a second Brexit referendum is very likely to be put before Britain’s parliament again... Read More...