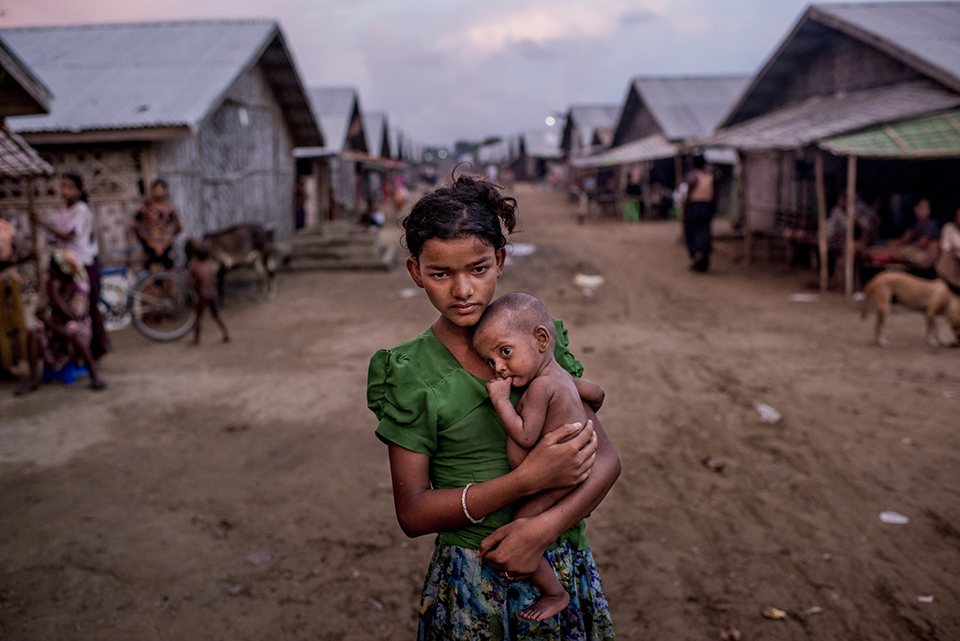 Nepal, India and Bangladesh should exert pressure on the United Nations and the Myanmar government to create proper environment for safe return of the Rohingya.

The Rohingya crisis that erupted in the Rakhine State of Myanmar is no longer confined to that country. It has now flared up even in Nepal even though it does not have a common border with Myanmar; the two countries, which are 1,391 km apart, are separated by India and/or Bangladesh. The Rohingya have crossed Myanmar into Bangladesh and then entered Nepal, via the open border with India.

According to reports, the Rohingya started coming to Nepal starting in 2012. The exact number of these people in Nepal is unknown. But estimates are that there are around 600 Rohingya refugees in Kathmandu’s Kapan, their primary location in Nepal. It is also feared that many of them might have mixed with other communities in different parts of the country, including in the Tarai region, to avoid unwanted government attention.

The Rohingya in Myanmar are mostly poor people: over 78 percent live below the poverty line. Since 1982, they have been denied even citizenship, and job opportunities for them are rare in Myanmar. Nevertheless, the military and the Buddhist people, who are in a clear majority, have been targeting the Rohingya for some time. The crisis intensified after the Arakan Rohingya Salvation Army (ARSA), which is regarded as a terrorist organization in Myanmar, killed nine officials and nearly 400 people in August 2017. In response, the military and the Buddhist people, in general, started targeting the Rohingya.

Nepal, just like India and Bangladesh, is not a signatory to any international law that keeps it from taking action against the Rohingya: it has signed neither the 1951 Refugee Convention nor the 1967 Protocol Relating to the Status of Refugees. And yet Nepal does not act against them.

The UN Commission for Refugees provides food to the Rohingya people based in Kathmandu. Besides, many of them make their living in unorganized sectors such as construction. One of the attractions of engaging them in gainful employment is that they can be paid just half of the wages given to other Nepali workers.

Most people in Nepal became aware of the Rohingya refugees only when the Muslim communities in Nepalgunj municipality staged a rally on September 11, 2017—in support of Rohingya. In a memorandum submitted to the Chief District Officer of Banke district in Nepalgunj, the Muslim community appealed to Nepal government to use its influence to stop atrocities against the Rohingya in Myanmar.

But it is generally believed that the Rohingya in Nepal are a potential security threat to the country, and security experts have warned government authorities against giving refugee status to those people, unlike what was done in the cases of Tibetan and Bhutanese refugees.

Though late, the government seems to have become more sensitive to the potential threat from the Rohingya and has increased surveillance at its border to ensure that the Rohingya do not enter the country. Some Rohingya who wanted to enter Nepal from the Birgunj/Raxaul point at the Nepal-India border, reports suggest, have been turned back.

Compared to Nepal, India, which is home to over 40,000 Rohingya, seems far more serious on the issue. It regards them as a threat to its security. This is why Indian Home Minister Rajnath Singh has been considering ways to expel them. In fact, India treats them more like “illegal immigrants” rather than “refugees”. As India is not bound by any treaty that bars it from expelling the Rohingya, it could do so easily. Yet, from humanitarian viewpoint, many rights groups are critical of this Indian government posture.

If there is one country that is overburdened by the Rohingya, it is Bangladesh. Of the total Rohingya population of 1.1 million, who are mostly Muslim, over 600,000 have fled Myanmar for Bangladesh since last August. Thousands more are stranded at the border, looking for ways to leave the country. At such a critical moment, the UN refugee agency UNHCR had urged Bangladesh to provide them with refuge.

On a daily basis, the government in Bangladesh has to spend nearly US $1 million on relief and rehabilitation of the Rohingya refugees. Now Bangladesh is planning to build the world’s largest refugee center, with a capacity for 800,000 people, for the Rohingya. But it is feared that the concentration of so many vulnerable people at one place could lead to the spread of different diseases.

To help Bangladesh, India launched ‘Operation Insaniyat’ back in September to provide shelter and essential items such as rice, dal, salt, sugar, cooking oil, tea, milk powder, mosquito nets and soap to about 300,000 Rohingya refugees at Cox’s Bazaar in Bangladesh.

Now, the time has come for Nepal to join hands with India and Bangladesh to find a suitable solution to Rohingya crisis. These three countries together should exert pressure on the United Nations and the Myanmar government to create proper environment for safe return of the Rohingya to Myanmar. In this context, the suggestion made by Sheikh Hasina, Prime Minister of Bangladesh to make “safe zones” in Myanmar itself for the Rohingya refugees is welcome as that could facilitate their safe return to their native land.

There has been some progress on this front of late. For instance, on November 23, Bangladesh and Myanmar signed an agreement for the repatriation of the Rohingya refugees in Bangladesh. Yet this agreement could yet unravel if Myanmar insists on production of foolproof documents of identity of the Rohingya refugees, a tactic it has employed in the past. So there needs to be continued international pressure on Myanmar for repatriation of maximum number of refugees.

In return, the Rohingya should delink their relationship with outfits, if any, that prevents them from living in harmony with the Buddhist majority of Myanmar. This will be a win-win situation for all the parties concerned: the Myanmar government, the Rohingya and all the other countries that are providing them refuge.