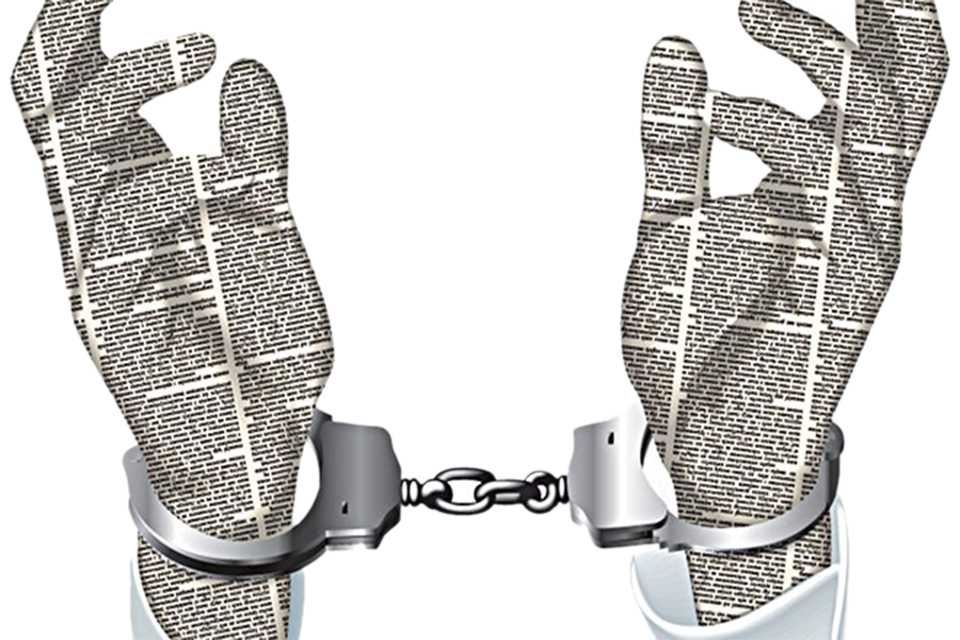 The author is South Asia Coordinator for the International Federation of Journalists (IFJ)
news@myrepublica.com

I marked November 2 for two important—and seemingly unrelated—reasons. The first was the ‘UN Day to End Impunity for Crimes Against Journalists’, which highlighted the alarming lack of prosecution for perpetrators of violence against journalists. The fact that only one among 10 cases of journalist killings is prosecuted globally is indicative of the high risks associated with the profession. One wonders: if murderers get away so easily, what happens when journalists are subjected to attacks, threats, or harassments?

The situation in South Asia is worse still. Every year, the International Federation of Journalists (IFJ) highlights the cases of a few countries from around the globe where impunity for crimes against journalists is rife, and there are always at least two countries from South Asia. The dire situation as it exists for journalists in Pakistan, India and Afghanistan makes one question: is there democracy and rule of law in these countries? Although the number of journalists killed in Nepal, Bangladesh, Sri Lanka and Maldives are comparably low, impunity is still a big issue.

The second event on November 2 that I marked was the beginning of the Film Southasia 2017. The biennial festival of non-fiction films that began in 1997 this year had 63 documentaries from South Asia including Myanmar. The organizers this year had introduced a new section—the Documentaries of Dissent—where they screened 12 documentaries that are either banned or not allowed to screen or denied censor certificate for public screening.

Film Southasia 2017, in its statement, noted that the section ‘aims to open up confined media spaces and push the bar on freedom of expression in South Asia, which is shrinking as there are pressures from the rising religious right across the countries of the region, ranging from blatant threats to subtle innuendos, all of it leading to self-censorship’. The section featured a documentary banned in Pakistan on religious grounds, and four documentaries not allowed to screen in India—which were denied censor certificates and/or there were threats of violence against those who wanted to screen them.

All South Asian countries are democracies and the fundamental freedoms of their citizens are constitutionally guaranteed. There are armed groups operating in some countries in the region but their impact is limited to certain areas. So one would think the citizens of these countries would be able to enjoy plenty of freedom. But the situation—especially when it comes to freedom of expression and right to dissent—is sometimes worse than in countries at war. Religious extremism and the state’s reluctance or failure to counter it, the desire of democratically elected leaders to crush dissent and/or silence critics, the misused pretext of national security and nationalism, as well as terrorism and insurgency, are all reasons why vital freedoms are being curtailed and confined.

The threats and killings of liberal bloggers by religious extremists in Bangladesh and the Maldives and the state’s irresponsible ‘you-are-responsible-for-what-you-write’ stance has led to self-censorship of opinion. The Maldives and Pakistan have introduced laws on defamation or cybercrime, making it almost impossible for ordinary citizens to voice their critical opinion. In Afghanistan and Pakistan, journalists and liberal thinkers are killed with complete impunity by extremists and criminal gangs.

India, the biggest democracy in the world, could be termed the biggest mockery of democracy in the world if we look at what is happening to critical journalists, authors, filmmakers and activists. The recent murder of editor Gauri Lankesh is the tip of the iceberg. After her murder, many journalists received messages warning them to keep silent or be next Gauri Lankesh. The Indian regime has employed all kinds of tactics to silence critical media—from tax raid at NDTV to strategic lawsuit against The Wire after its report on the son of the chairman of the ruling party.

The situation outside big cities represents a completely different India. Kashmir and northeast India, and now Darjeeling, doesn’t even make headlines. The Indian journalist community raises strong concerns over the loss of critical voice in the media, yet they are confined to low-mass platforms.

Another example in India of confinement of freedom is the state of Right to Information (RTI) activists. At least 69 people were murdered after they filed RTI requests; 130 have been victims of assault and 170 others have reported harassment since 2005. In such cases, it is not uncommon for the censor board to deny certification to or for authorities to ban screening of critical non-fiction films dealing with dissent. India is also the leader in the world for shutting down internet, having done so 55 times in 2017 alone.

Many filmmakers at the Film Southasia 2017 were all-praise for Kathmandu for being a place in South Asia where critical documentaries could still be screened without threats. Currently, Nepal is in a better position. Although there are occasional reports of threats and attacks against critical journalists, and impunity on many old cases of killing of journalists, the state of freedoms is better in Nepal than in other countries of South Asia; and democratic values and the rule of law prevail in critical situations. But these freedoms are fragile: one wrong law or wrong person in powerful position can completely change the situation.

Who knows this better than the man who spearheads the organization of Film Southasia, Kanak Mani Dixit, who is also the publisher of Himal Southasia. He was forced to close down the magazine because of the harassment of state agencies to basically protect one person in power. This showed how people in powerful positions can easily misuse weak points in our laws, systems, practices and processes to restrict freedoms in no time.
Silence and tolerance will lead to a situation where our freedoms will not only be confined but even disappear. Activists, journalists, filmmakers, authors and conscious citizens, who have the power to reach people and appeal to their conscience, should continue to push against the boundaries created by the regimes. Incremental steps in this direction could, in time, result in a decisive change, as the media and civil society activists have learned under various autocratic regimes all over South Asia. Prosecution of killers of a journalist, a film on dissent, a critical reporting, a public discussion on a contentious issue, or holding an event such as Film Southasia will definitely help push the boundaries, and create more open and vibrant public sphere. Thus unity among those who believe in human freedoms—inside and outside the country—is important.

Shrinking civic space in Nepal is worrying: US envoy

KATHMANDU, Aug 1: US Ambassador to Nepal Alaina B Teplitz has expressed concern over the shrinking civic space in Nepal in... Read More...

KATHMANDU, July 26: As the government comes up with a slew of measures including declaration of various areas in the capital... Read More...

Along with international development narratives, a security-centric discourse focused on the mistrust of the ‘other’ has also emerged ... Read More...