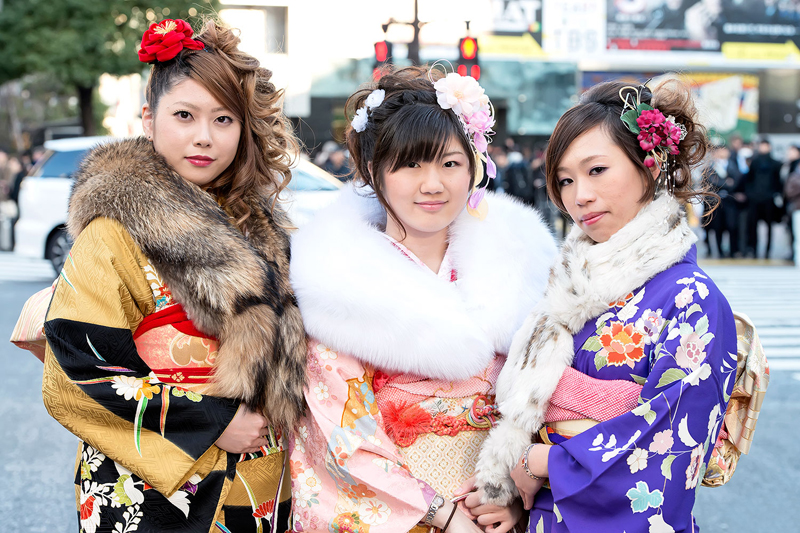 One day I was having a nice conversation with my grandson who had come from Poland. He said, ‘I will be celebrating coming of age ceremony next year’. ‘But you already had one three years ago when you had your bartabanda!’ I replied.

‘That is different. This is something everyone does in Poland. My friends have all done it and I took part in them. Now it is my turn when I turn 18 next year’, he said. I was curious. I asked him how they celebrate. He told me they had lots of parties. Don’t be too happy about it yet, because in Poland with it also comes a hit on your bottom. This sure is a weird way to celebrate coming of age.

Coming of age ceremony is one of the Rites of Passage that initiate young people into the society. It is a person’s transition from childhood to adulthood. The age and nature of this transition vary among societies. Almost all cultures have specific rituals, ceremonies and traditions that symbolize coming of age. It can be a simple event or can be part of a ritual celebrated at different times of a person’s life depending on beliefs about what constitutes maturity: physical, mental or emotional aspects. In Nepal it is the bartabanda for boys and Gunyu cholo for girls. Along with the religious rites parents also hold big parties.  Unfortunately it has become an opportunity for some parents to show off their wealth.
In the US and Canada, it is a Sweet Sixteen party organized primarily as a coming of age tradition. The celebration takes place on both boys’ and girls’ 16th birthdays. Some families throw huge, lavish parties, while others celebrate it as a normal occurrence. These celebrations do not have religious significance, however. Parents often choose this opportunity to give their children more freedom and responsibility.

Liberating 20
In South Korea, Monday of the third week of May is designated as the “Coming-of-Age Day”. Everyone turning 20 that year celebrates the day. When a person reaches 20, the boys and girls have the freedom to do whatever they want including their choice to marry, to drink alcohol, to smoke, to vote, to drive, etc. With this independence they also acquire the responsibility of being an adult in their country. Western influence has added a new component to the celebration in South Korea: receiving three gifts in the forms of flowers, perfume and a kiss.

But despite the western influence, a traditional coming-of-age ceremony is still held in some places in South Korea. This tradition dates back to even before Goryeo dynasty. It is customary for young adults to wear traditional Korean clothing together with accessories. Boys wear gat, a traditional Korean hat made of bamboo and horsehair, and girls do their hair in chignon with binyeo, a Korean traditional ornamental hairpin.
Similar to South Korea, Japan also has a designated day for the celebration of coming of age. Every year on the second Monday of January, the Japanese celebrate Coming of Age Day, or Seijin no Hi. Also known as ‘Adults’ Day’, it is all about welcoming the country’s youth into adulthood and into the society. On this day, ceremonies are held across the country in public places like city halls, ward offices and other official centers. In Tokyo, the ceremonies at the Shinjuku and Shibuya Ward offices are some of the biggest and enjoy plenty of media coverage. It’s an important rite of passage for all young Japanese and can trace its roots back hundreds of years. In Japan, youth are officially considered adults at the age of 20. As an adult, they are now allowed to drink, drive, smoke, and gamble legally. On this day nearly all young men and women wear ceremonial dress.

On this day most young women prefer to wear elaborate kimono or furisode: a long-sleeved kimono for unmarried young women. Kimonos on rent are available for just this reason, as the actual cost of owning such fine clothes can be very expensive. The men usually choose to wear either Western-style formal attire or sometimes a traditional men’s kimono with hakama. In this party everyone who has turned 20 the previous year are invited. Since it’s quite a visual spectacle of elaborate clothing, hairstyles, and makeup, with everyone looking their best, it gets plenty of media coverage as well.
Coming of Age Day is important spiritually as well. Families visit their local shrine with the new adults and pray for their health and success. Unfortunately, the number of attendees at the Seijin Shiki (“coming of age ceremonies”) has been gradually declining. Many attribute Japan’s low birth rate for this decline.

Caps and hairpins
When it comes to celebrating coming of age ceremonies, China is not too far behind. Traditionally, Chinese boys became adults at the age of 20, with the capping ceremony, while girls became adults at the age of 15, with the hairpin ceremony. Both ceremonies date back to over 2,000 years. The ceremony for men was called capping as the new adult’s hair is turned into a bun or coil and the person then wore a special cap. Not only that, the person would also acquire a new name. The women of 15 had a hair-pinning ceremony as her hair was gathered into a knot and a hairpin was used to keep it together. This ceremony was held between woman’s engagement and her wedding. Sometimes the ceremony was organized when the woman reached 20, but no later. China recognizes 56 ethnic minorities. All of them have numerous traditions concerning coming of age.
Finally, majority of cultures have some sort of coming of age celebrations. Some are more fun than others. The main idea behind celebrating coming of age is to make the person aware of their maturity, both physical and mental and their gained privileges and responsibility towards the family, society and the nation as a whole. So parents, instead of treating coming of age ceremonies as an opportunity to show one’s wealth, treat it as an opportunity to make children aware of their maturity and responsibilities. Counsel them regarding the risks and advantages of being a grown up person. Now that is not very difficult, right parents?

The author is an educationist and author of several children’s books: usha@pokharel.net

WASHINGTON, Mar 12: The White House is forging ahead with a plan to give firearms training to teachers while pulling... Read More...

KATHMANDU, Aug 5: The Nepal Student Union (NSU) – a sister wing of the Nepali Congress – has set the... Read More...