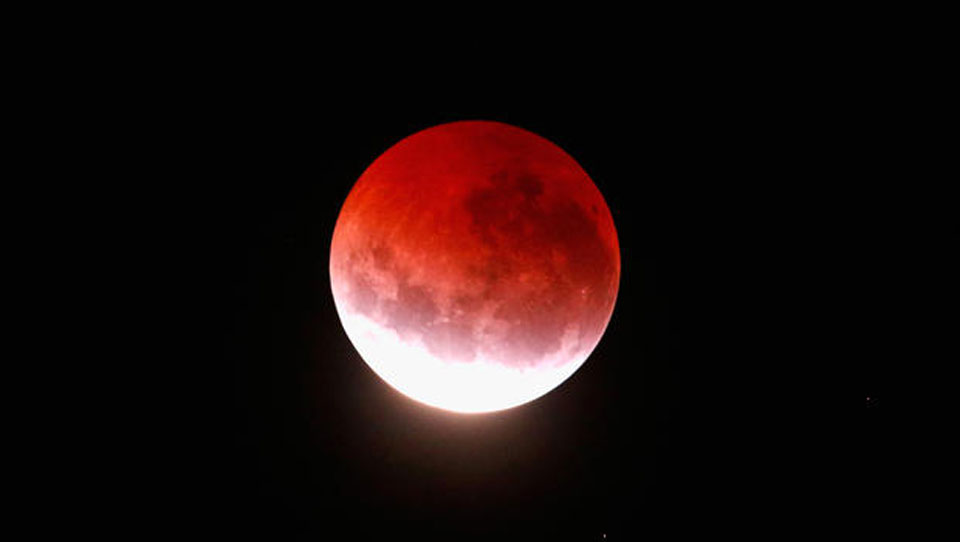 The longest lunar eclipse of the century will happen on July 27, 2018, but you may need to travel far to see it PHIL WALTER / GETTY IMAGES

July 2: A total lunar eclipse will rise over the night sky this summer, and it will be the longest eclipse of this century, according to NASA. On July 27, a lunar eclipse will be fully visible for 1 hour and 43 minutes. But you may have to travel to see it since the eclipse will only be visible in parts of South America, much of Africa, the Middle East and Central Asia.

A lunar eclipse always happens within two weeks of a solar eclipse. This summer, two partial solar eclipses will take place on July 12 and August 11. These can be seen from Australia, and parts of Europe and Asia, respectively.

Earlier this year, the world got a glimpse of a total lunar eclipse on January 31. Not only was it an eclipse, but it became a Super Blue Blood Moon because it synced up with a supermoon, which is a moon that appears extra big and bright, and a blue moon, which is the second full moon during a calendar month.

Hawaii and Alaska had the best seats of the Super Blue Blood Moon, along with the Canadian Yukon, Australia and Asia. The western U.S. was positioned for good viewing, too, along with Russia. However, the U.S. East Coast, Europe and most of South America and Africa were out of luck for the full eclipse, only getting a partial view.

The U.S. will miss out again with this upcoming celestial phenomenon, so if you want to experience the longest lunar eclipse of the century, you'll have to travel to one of the other five continents it will be visible from.

The U.S. will have to wait until July 2020 to experience a lunar eclipse, according to NASA. It is unclear which areas of the U.S. will be able to see it and how long it will be visible in the night sky.

KATHMANDU, July 27: The total lunar eclipse, the longest of the century with the duration of one hour 43 minutes... Read More...