Why fantasy is good for children 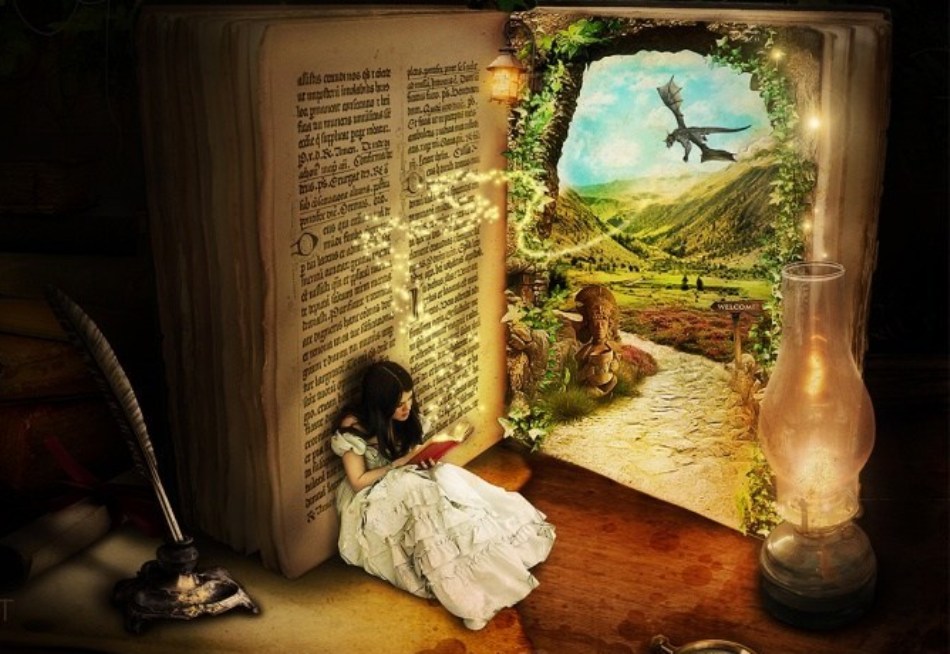 Fantasy provides children with an opportunity to explore the too big, too wide, and too dangerous world that is getting closer and more real every day.

Once upon a time……… Eka deshma…… That is the beginning of a bedtime story for your children. Have you ever thought about why stories start with that beginning? Yes, you are right.  It is a process of setting the stage for your fantasy story. This prepares children to hear stories full of fantasy materials. In the process, you are preparing your children to set on a journey that is full of imagination, and you notice a smile on your child’s face. Almost like they are ready to take off to another world.

In a world of imagination, anything can happen. Where they can make things happen, they are in control of the situation with little effort. So, what is this genre that captivates children? This is the world of fantasy where they can escape from the reality of the current world.

I am sure you all know fantasy is a form of literature that has magical and supernatural elements that do not exist in the actual world. It has characters like witches, fairies, and actions that take place in worlds and planets of undiscovered planets where animals speak, magic happens. Fantasy provides children an opportunity to escape reality while reading a particular story. It helps them to deal with complex moral questions in a more playful manner. We often write off fantasy stories as escapism. We do not realize that it is a roundabout way of engaging with genuine problems. Parents need to understand fantasy material is vital for the human mind. It begins as a psychological process which helps children learn to fill the gaps between knowledge, reality, and experience and finally becomes an important adult coping mechanism.

I remember, when my children were small, they had difficulty falling asleep amid spooky thumping sounds or the noise the radiators produced during the winter. They questioned me every day who or what was making the noise. Every day I explained, but they would not believe me. Often, children scare themselves silly under such circumstances because they do not understand the workings of central heating pipes or the noise made by the radiators. Hence, they have to engage with make-believe to bridge the gap between experience and knowledge.

So, when I had no answer to satisfy them, my only option was to fantasize about these noises to make sense of their experience. I built stories around all the noises about pirates and crocodiles under the bed. They would just imagine the situations and laugh, feel comfortable and get to sleep. As time passed and children learned about the effect of heat on pipes and floorboards, they laughed but still preferred the crocodile theory. They felt fear, within a safe context, as fun. As they grew older, the crocodiles became more animated, dancing crocodiles. Story-time with my children was always full of creativity. They fantasized new stories out of their favorite bedtime stories creating new amazing stories.

We all know that children are born with all the human emotions but, they are not experienced and eager to explore their emotions and feelings. This is where fantasy helps children to experience their emotions—including fear. Fantasy exposes children to all kinds of emotions. They can even be an explorer facing real crocodiles or tigers and get the experience without actually facing these animals in real life. Thus, fantasy provides children with an opportunity to explore the too big, too wide, and too dangerous world that is getting closer and more real every day.

Fantasy does not have to be related to dragons and witches and fairies all the time. It can be any element that they can pretend. This helps children experience varied emotions like falling in love, separation from family and friends, bereavement, war, becoming a hero, and saving the world.  One of the benefits of fantasy material is to allow children to experiment with various ways of seeing the world. It helps children to make connections between an imaginative scenario and real-life situations at opportune situations. I am sure parents have figured out by now that the fantasy genre has a lot to offer to children.

Fantasy has a lot to offer to young children. One of the most important reasons for giving children fantasy is that it indirectly deals with social reality and complex moral questions in a more playful manner. Fantasy also prompts young readers to look at the world in different ways.  At the same time it teaches children to construct meaning by making connections between seemingly unrelated concepts or things.

I understand that though fantasy has ancient roots, parents do not really like their children to read it.  They try to dismiss it as silly and frivolous. They believe it is too far from reality and might give their children a wrong idea of the world. Some even worry that it will confuse their young children. Parents, believe me, when I say that your children reading fantasy are not wasting time. Do not worry. Even your preschoolers understand that fantasy scenarios cannot happen in life.  We have all experienced that even 4-year-olds have a good understanding of fantastical events in animated cartoons.

Fantasy is not just for children. Your teenager has to face and cope with rites of passage, facing failure and defeat, along with coming to terms with betrayal and disappointment—all the stuff of emerging adult life.  Children don’t like receiving advice, but you can let them listen to you through the characters you create with your children.

Psychoanalysis and counseling have their place in our life. Apart from them, one of the tools to tackle reality is creating a story with a symbolic representation of our problems and figuring out means of solving them with expert’s help.   Sometimes, fantasy provides many children desperately needed escapism to endure the difficulties of everyday life. Even when conjured characters inhabit a recognizable world and speak to the human condition, fictional stories can pull readers out of their own problems. Even after dealing with so much about fantasy, some parents might not be convinced why fantasy matters.

Let me put it this way. Fantasy feeds our sense of wonder. A hunger for a sense of wonder in children. That is the reason children are hooked on computer games—especially role-playing and strategy games.  These games have plenty of supernatural elements—including magic and wizards, healers, magic potions, and other such magical things. Today’s children are even more hungry for that sense of magic, of exciting and surprising mysteries. As humans, we crave a sense of wonder of hope in small miracles and unexplainable mysteries. We want to be awed and astonished and amazed. Access to fantasy fulfills this urge for all of us.

Fantasy is also critical in the development of a child’s imagination. Imagination has a lot in common with muscle; if it’s not used, it can degenerate and ultimately wither away to nothing. But if taken out and exercised, it grows strong and can do wonderful things. Reading fantasy comes from the way it cultivates imagination and encourages readers to think outside the box.  It allows children to escape to a secondary world and then explore human values within that world.

Fairy tales are safe for children and also necessary. Through these stories, children vicariously vent their frustrations of being a child controlled by adults and subconsciously identify with the heroes of the fantasy stories who are often the youngest, smallest, least powerful characters.

Finally, stepping away from reality and finding a safe pretend place prepares even adults to face the world’s harsh realities. Hence let your children enjoy fantasy and name their horrors, celebrate the joys before facing reality with a clear perspective on situations that bother them. Fantasy sometimes also helps children to solve their problems. The good part is you don’t have to force them to read it either. So, parents let your children read fantasy books. Fantasize with your children. Talk to them about why they love these stories so much, and ask which characters they relate to or admire.  Then may be take a long-overdue dance through fantasy along with them.  Who knows, you might like it too. Right parents?

With understanding and some coping strategies, your children will overcome separation anxiety as they get older. There is nothing to... Read More...

Let the children feel their emotions

As your children move from childhood to adolescence, they grow socially and emotionally in a natural way. If you notice... Read More...