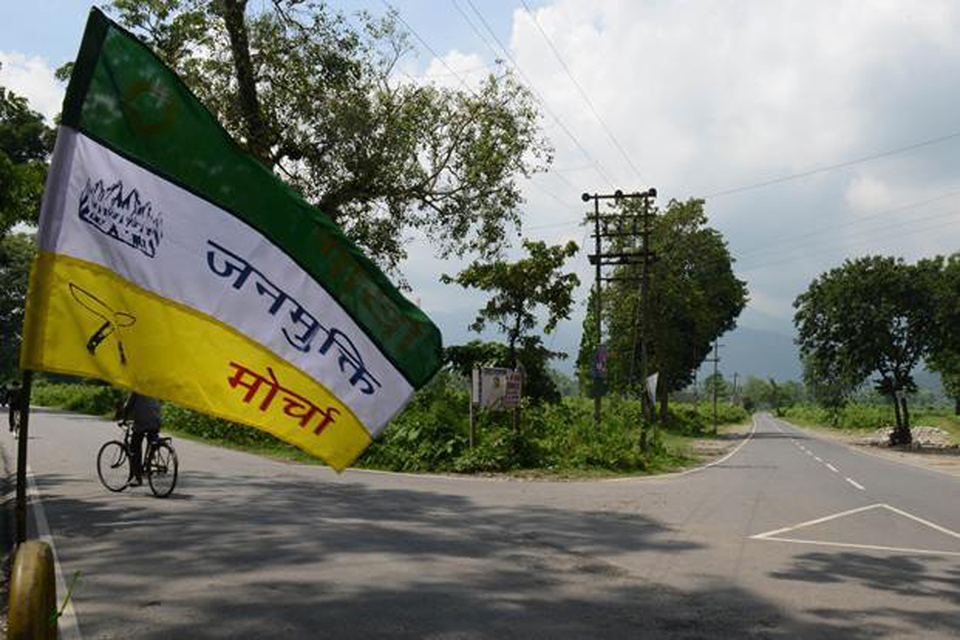 Instead of advocating for Madhesi rights in Nepal, Modi should first grant rights to his own citizens.

Kamal Gurung was a brilliant student. In June 1987, he sat for the entrance of Regional Medical College, at Imphal, the capital city of Manipur state that shares international border with Myanmar.

He passed the entrance but was asked to produce his domicile certificate for admission. For a Nepali, a domicile certificate is vital for all official work in India, whether it is at the time of recruitment in Indian Army or joining state service. The bitter truth is that this certificate works as a tool to de-Indianize Indian Gorkhas of Northeast India.

For instance, this certificate disfranchises Nepali voters, infringing on the basic political rights of Nepalis settled in Northeast India for generations.

Naturally, Gurung approached the District Commission (DC) of Senapati, Manipur, where the Gurung family had been residing for three generations. He was denied the domicile certificate, as he was a Nepali national. According to Gurung, DC office issued no domicile certificate as his nationality was instantly questioned.

Later Gurung, by sheer luck, obtained it from south district of Manipur and was admitted to the Regional Medical College. He was not a resident of South district.

This isn’t an isolated case. In Northeast India, many of over five million Nepalis there are stateless citizens.

Man Bahadur Rai joined Indian Administrative Service. Before his retirement in 1978, he was deputed as the last political advisor of Arunachal Pradesh “union territory”. However, in 1987, when the state government of Meghalaya launched an ethnic cleansing campaign targeting Nepalis settled there since 1824, he was dragged out of his car, brutally beaten and detained for interrogation by the state security force. At that time, he was on his way back home—to Shillong from Gauhati. His fault: He was Indian of Nepali origin.

A year later, Rai decided to relocate to Nepal as he felt he was a foreigner in his birthplace. He died in Damak a few years ago.

Although Rai was a well-known personality in Northeast India, in Nepal he led a very quiet life. He once shared with me: “The incident struck me hard. I found myself a stateless citizen. Since then, I have started losing weight as I am mentally unsound. I wish I weren’t born in Meghalaya.” This story narrated by a former IAS officer unnerved me.

In 1996, Nepali language was recognized as one of the major Indian languages in the eighth Schedule of Indian constitution. But it has no meaning in a so-called democratic country where Modi-like politicians rule the rainbow region. To be precise, this Nepali language doesn’t guarantee rights of the minority in Northeast India.

There have been thousands of incidents of atrocities or mental tortures inflicted on the Gorkhas. Deprivation of political, social and economic rights by state governments is common. Such cases have neither been studied by the central government, nor have they been taken seriously by the state authorities. They mostly go unreported in Northeast India.

According to Nar Bahadur Chhetry, former BJP state secretary of Meghalaya state, in Northeast India, there are two types of Nepalis: Those who comprise a floating population and those who are permanently settled. The Nepalis from Nepal don’t come to Northeast India in search of jobs, he said. They prefer the Middle East or Malaysia to Northeast India.

The floating population doesn’t have permanent settlement. As they herd cattle, they look for better grazing grounds. So they have had to constantly move from one place to another. This particular group has neither a state nor any document to prove their identity.

They are always at the mercy of local village headmen. They understand no law but have been there for generations. This particular group now is spread across four states: Meghalaya, Arunachal Pradesh, Nagaland and Manipur.

The permanently settled groups are confined to urban or semi-urban areas such as Shillong, Tura of Meghalaya, Kohima, Imphal, etc. But their settlements are being uprooted due to the Land Sealing Act. In tribal areas, the state government doesn’t allow Nepalis to own land. “We can build houses on the land owned before India’s independence”, Chhetry said.

Nepalis can’t buy and sell their land in tribal restricted areas. Those who settled prior to 1947 own the house only, not the land. And rampant racial slurs against the Nepalis have forced the Nepalis to relocate elsewhere. The floating population rears cattle, moves from one place to another and are always at the mercy of local village headmen. They are the most vulnerable group.

India, no doubt, is a quasi-federal democratic state. How democratic it is for the Nepalis settled there for a century remains unanswered. Racial slurs coupled with divide and rule policies to oppress Nepalis are the tactics employed by local politicians to stoke sectarianism.

For example, Bull Lindyoh, who was the president of Khasi Students Union in 1987, spearheaded the anti-Nepali movement in Meghalaya. He was later given the post of Minister for Agriculture as a reward for driving Nepalis out of the state.

Similarly, R K Dorendro was the chief minister of Manipur in 1980 when several Nepali-settled villages were torched, thousands rendered homeless and deported from the state, saying that the displaced Nepalis were foreigners.

The state governments in Northeast India issue no documents to Nepalis. They toil and till land, herd cattle and earn their living the hard way yet they always have to be at the mercy of local headmen.

I thus find it interesting when India, including Prime Minister Narendra Modi, raise voice on behalf of Madhesis in Nepal. Has there been any Nepali prime minister who has spoken in favor of these ‘unwanted’ Nepalis living in India for a century? Don’t these people deserve a land within the Indian union like Madhesis do in Nepal? In fact, New Delhi doesn’t recognize the rights of Indian Gorkhas.

Instead of advocating for Madhesis’ rights, Modi should listen to his own citizens first. Gorkhas, after all, are Indians. Large swathes of Nepal’s territory were ceded to the British East India Company. They deserve a state within the Indian union.

The writer is a senior journalist.