Speak up for Gorkhaland 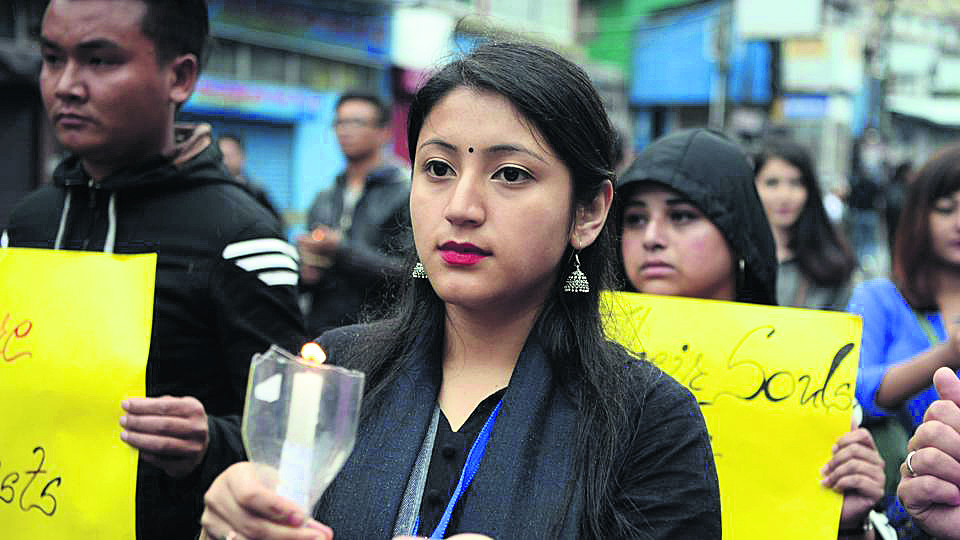 The Gorkhaland Movement (or Indian-Nepalis seeking political identity) isn’t a recent phenomenon. It dates back to 1816 when two-thirds of Nepal’s territory was ceded to the British East India Company through Sugaili Treaty. The British granted Indian Nepalis no political rights, although unfettered “military conscription” rights were very well exercised by the British.

Some argue that the actual demand for Gorkhaland within the Indian Union began when Subhas Ghising-led Gorkha National Liberation Front launched the Gorkhaland movement in the mid 1980s. But Gorkha League had been formed much earlier, in 1907, then time and again after 1947, to press for a separate state. But this did not meet with success.

The Nepali settlements, which had existed prior to the signing of the Treaty of Sugauli, went along with the territory. The political rights, with a separate state, should have, therefore, been granted to the Indian Gorkhas in 1947 itself as they were (and are) the sons of the soil.
Prior to 1816, Darjeeling, Kalimpong and Doars were parts of Nepal, in addition to present north Bihar, north Uttar Pradesh, Uttarkhand and parts of eastern Himachal Pradesh, as shown in the British-India map.

Greater Nepal
For some Indians, this territory that extended to Sutlej in the west and Tista in the east has been a bitter pill. The British had annexed a large swathe of Nepal’s territory. But India does not want to revisit history. Whenever the treaty is mentioned, some Indians consider it tantamount to demand for greater Nepal.

But what is wrong with the idea of greater Nepal? Didn’t Nepal once have the territory extending to Sutlej and Tista rivers?

The population of Nepali origin living in North Bengal has crossed 2.7 million, according to local politicians. This figure justifies the demand for the separate state. Unfortunately, they have been languishing under the yoke of Bengali babus since 1947, when Calcutta brought Doars and Darjeeling under its suzerainty.

In Northeast India, another five million Nepalis have been languishing as stateless citizens. They fought along with the British troops during the Second World War, and stayed back. The Nepali settlements in Northeast India dates back to 1824 when the first Gorkha rifle was sent to clear the malaria-infested territory now called Meghalaya.

The Anglo-Nepal history is clear enough. What is unfortunate is that Indians, especially Bengalese, misread history. And these babus have, sitting in Kolkata, imposed their diktats, time and again, on the hills. Why should the Gorkhas of Darjeeling have to study “Bengali” as a compulsory subject?

No cowards
West Bengal’s Chief Minister Mamata Banarjee has imposed the diktat on Nepali-dominated hills to make Bengali compulsory up to the secondary level. Gorkha Janamukti Morcha, together with other organizations, has launched the agitation for Gorkhaland, and now no Banerjees or babus can dictate to them. Now the demand for Gorkhaland has reached a point of “it is better to die than live like a coward”. But Banerjee claims, without any evidence, that “they are terrorists”, brushing aside concerns about these people’s political rights.

A confirmed spinster, Miss Banerjee has blocked supplies of essential commodities to suppress the ongoing agitation. She has often said the people of Bengal-ruled hills are “Nepali migrants” but has ignored the Bangladeshis settled in North Bengal.

Perhaps maverick Banerjee is thinking what is wrong if these Nepalis are evicted from the hills, and Bangladeshis settled in their place, by following on Thimpu’s script from the 1990s? In the early 90s, with the tacit support of New Delhi, the Druk regime forcefully evicted one-fourth of Bhutanese Nepalis out of that country. New Delhi never showed any willingness to repatriate the Bhutanese refugees to Bhutan. Rather, it helped suppress Bhutan’s democratic movement.

There are many such glaring examples of how Nepalis have been driven out of Northeast Indian states. The ethnic violence in Meghalaya and Manipur are still fresh in the minds of Nepalis settled there. They have been stateless citizens as state governments provide them no domicile certificates or proof of their identity.

With the support of state security forces, Nepali settlements in Manipur were torched in March 1980. The state police force of Meghalaya evicted half of the Nepali population in 1987. This design to evict Nepali population out of Northeast India is similar to Narendra Modi’s design against Muslims following the 2002 Godhra tragedy. Modi was chief minister of the state at the time. Today he is the prime minister of the so-called world’s largest democracy.

Since the communal riots, fanned by state leaders, started in Meghalaya and Manipur states, Nepalis have nowhere to go but remain enslaved in an unwanted land. They enjoy no political rights and have been stateless for past two centuries. Who will speak on their behalf now? India’s state governments don’t treat them at par with Indian citizens. And Nepal has not spoken in favor of their rights either.

Back home, former Indian ambassador Ranjit Rae often called Madhesi leaders to his residence, hosted them in grand dinners and gave them money and ideas to cripple Nepal. Why did the ambassador of India enjoy such rights in Nepal? Do such activities not amount to anti-Nepal activism? The memories of how Rae, Modi and some Madhes-based leaders attempted to paralyze Nepal, following the promulgation of constitution in September, 2015, are still fresh in our minds. Younger generation of Nepalis will never forget and forgive Indian leaders for the economic blockade.

Nepali envoy in Delhi and Nepali politicians at home would be morally right to support the demand for a separate Gorkhaland state. We can’t remain silent spectators at a time when Indian Gorkhas struggle for their political rights. Nor can we overlook Indian meddling in Nepali politics. The need of the hour is to raise our head and extricate ourselves from India’s hegemony.