Astrophysicists believe that the Universe came into being because of the “Big Bang”. The term was originally coined by an English astronomer, more with the intent of ridiculing it. But contrary to Fred Hoyle’s intention, the term came to best fit the cosmological model when Edwin Hubble’s later observations provided strong scientific evidence of Big Bang.

This piece, however, is about Nepal’s very first aviation event/incident and there is a good possibility that it too began with a “bang”.
The Civil Aviation Authority of Nepal (CAAN) has consistently listed three events (between 1947 and 1950) as important in our aviation history. In the first event, in 1947, “a lone pilot landed his ‘glider’ on the old golf course...”. The second event, dated 1949, “heralded the formal beginning of aviation in Nepal with the landing of a four seater Beach-craft Bonanza”. Likewise, the third event, in 1950, relates to a charter flight from Gauchar to Calcutta. If true, only the first two carry some historical interest.

The CAAN’s history has serious flaws regarding important dates in Nepali aviation.

Keith DeFolo, in his article Jet Road to Kathmandu (The Rising Nepal, January 16, 1969), writes of the 1947 landing: “The pilot spluttered over the mountains, dipped into Kathmandu Valley, circled the Tundikhel and gently glided to a halt on the old golf course...” This description of DeFolo, was at the time probably involved with the USAID-funded airport expansion project, reads more like fiction than a fact. Devoid of details it was probably based on gossip he heard while rubbing shoulders with Kathmandu’s elites back then.

The glider story can be discarded outright even though it was not impossible to use air-towed gliders to get to Kathmandu by riding on thermals over Nepal or plains of India. But the chance of this being done in 1947, in this part of the world, is rather remote. The second event in 1949 with the Beach-craft Bonanza also stands on poor footing, even if it is linked to some diplomat.
There may be other interesting incidents that are yet to come to our knowledge. In this, those associated with Nepali aviation in its early days can help by providing significant information and photographic evidences. It is at this juncture one remembers Biranchi Man Pradhan, who was possibly the first airport manager in Nepal. He would have been most helpful as he knew about most events, at least for the crucial early years, if only he had been alive today.

A Douglas DC-3 belonging to Royal Air Force. One RAF DC-3 had met with an accident in Simra in 1946. (Plane-mad.com)

This scribe remembers one particular incident that relates to the then crown price of Japan who was here in Nepal with his wife, not long after their marriage (April 1959). They had gone on a mountain flight that morning on a Dakota. The aircraft had to be turned back midway when princess Michiko started feeling uncomfortable, as Pradhan narrated at the airport soon after. Crown Prince Akihito has since become the Emperor (in 1989) and is now on the verge of his abdication (2018).
Speaking of history, Thai International will be completing 49 years of its Kathmandu link this December. The jet link to Kathmandu by an airline from outside our immediate vicinity did not get the importance it deserved. It became newsworthy only because the reception given on the occasion was “graced” by two of King Mahendra’s brothers (Gorkhapatra, December 5, 1968)!
Until recently the accident at Simra (Aug 30, 1955) was believed to be the first air accident in Nepal. The Dakota operated by Kalinga Airlines was forced to make a premature lift=off to save a person walking across the runway, resulting in the deaths of two of the three crews onboard. But there had been an accident a few years prior to 1955, as told by Colin Cummings in his book Final Landing. The Royal Air Force DC-3 (Reg. KG521) overran the runway at Simra while landing and fell off a 14 ft drop on May 7, 1946. The authenticity of this information is confirmed by Ronan Hubert, a historian in aircraft accidents, of Geneva-based Aircraft Crashes Records Office (ACRO). It also finds a mention in James J. Halley’s Broken Wings: Post War RAF Accidents. Moreover, the Aviation Safety Network (ASN) also enlists it as the first accident in Nepal.

We are more interested with the date than the event. The landing of RAF aircraft at Simra was baffling enough. But it was more so because Nepal at the time apparently had an operational strip when it owned no aircraft at all! It will be equally difficult, if not impossible, to find someone who can corroborate the event then. Perhaps some leftover pieces of the bulky engine are still rusting in the vicinity, awaiting arrival of some diehard archaeologist.

It was a relief that Nepal’s entry into the aviation age began with a “bang” that, thankfully, had no fatalities among the 16 onboard. Anchored firmly on RAF records, it is not hearsay by any means. More than that, this incident precedes the CAAN’s mentioned date of the first major event in Nepali aviation. It has been nine years since this scribe alerted the CAAN about this. How longer will it keep ignoring?

HETAUDA, Nov 19: Two persons were killed in a car accident at Churikhet along the Bhimphedi-Kulekhani road section this morning. Read More...

One dies in road accident in Dang

DANG, Sept 26: A child was killed in a road accident at Pawannagar-5 Kumalgaudhi in the district this morning, said... Read More... 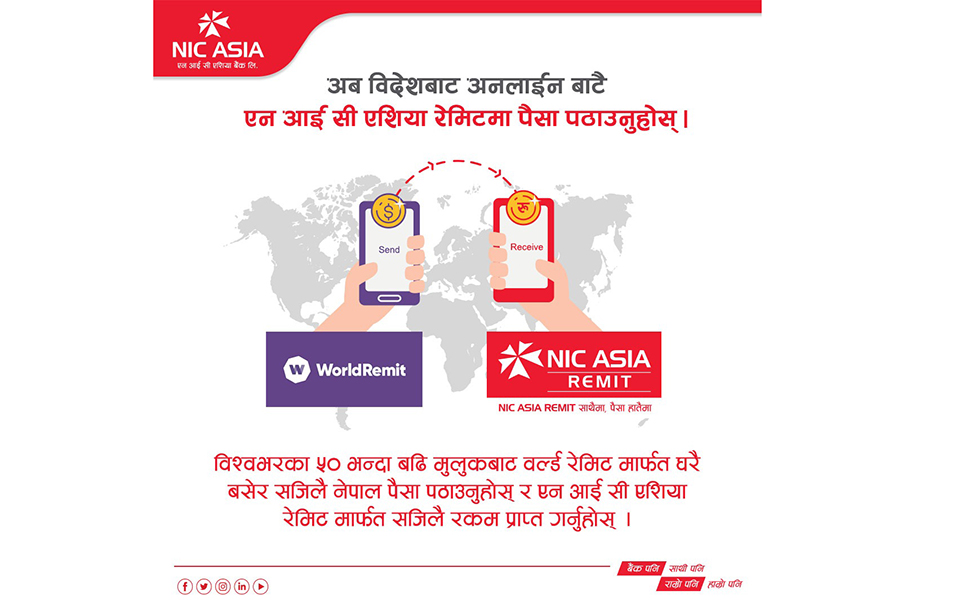