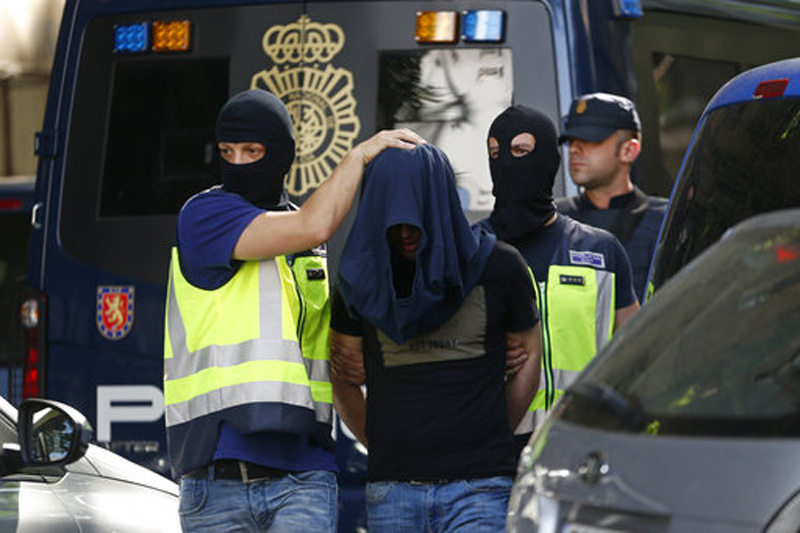 MADRID, June 28: Police on Wednesday arrested six suspected members of the Islamic State group, four in Spain and one each in Britain and Germany, Spain's Interior Ministry said.

A ministry statement said the man arrested in Britain was a Salafist imam who led the group and who was sought by several countries. The 44-year-old imam was detained in the city of Birmingham at Spain's request.

The four arrests in Spain occurred in Mallorca, where the cell was allegedly based.

Germany's dpa news agency said a 28-year-old Spanish citizen was detained in the western city of Dortmund as part of the operation.

According to the prosecutors' office in nearby Hamm, the suspect, whose name was not released, was not known to authorities.

Spain's Interior Ministry said the person arrested in Germany maintained contact with the cell and helped make propaganda videos. The suspect may be extradited to Spain.

The prosecutor's office said it was not aware of any concrete attack plans.

No details were immediately available on the names or nationalities of the other five.

Police said investigations began in 2015 when they detected videos promoted by the imam that documented the recruitment, indoctrination and sending of a young Muslim resident of Spain to Syria. Around the same time, the imam was said to have visited the Spanish island of Mallorca to begin organizing the cell and to become its spiritual leader.

It said the imam was known by European police to have been recruiting militants and seeking finance for IS but that security measures he took and constant changes in address made his arrest difficult.

The ministry said the cell held regular meetings to recruit new members and actively promoted IS armed activities on social media. It said its increasing radicalization and willingness to commit jihad attacks led police in the three countries to make the arrests.

Spain says its police have been involved in the arrests of 178 suspected jihadis since the country raised its security alert to one step below the maximum in June 2015.