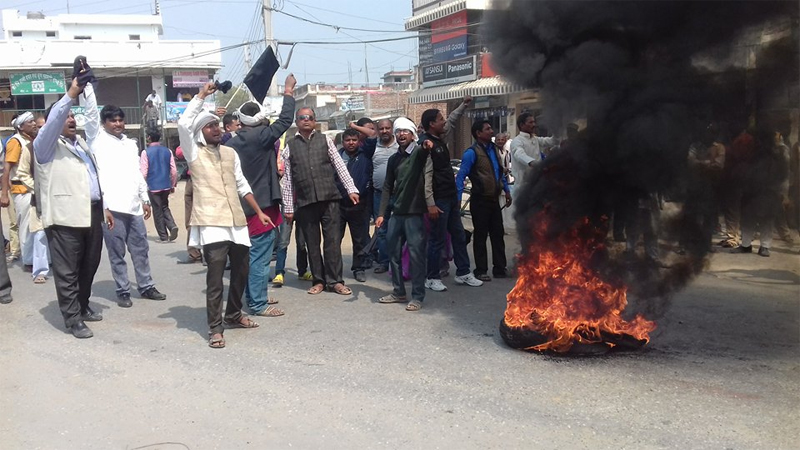 RAUTAHAT, Feb 26: Cadres of the agitating United Democratic Madhesi Front (UDMF) staged a demonstration in an attempt to disrupt a mass meeting of CPN-UML, which led to a clash in Gaur, Rautahat.

Former prime minister and senior leader of CPN-UML Madhav Kumar Nepal was present in the mass meeting, where about 100 cadres from other parties were joining the UML.

As UML organized the program to welcome the new cadres joining the party leaving Nepali Congress, CPN (Maoist Center) and other Madhes-based parties, some UDMF cadres tried to disrupt the program.

A brief clash took place as Police tried to stop the UDMF cadres from entering the mass meeting venue. The police personnels deployed in the program, took situation on their control using tear gas.

Journalist Prabhat Kumar Jha sustained injuries as the clash erupt while he was covering the demonstration.

Leader Nepal welcomed Shambhu Shah, a local businessman and a social worker of Gaur, and other locals amidst the program.

SAPTARI, March 7: Fresh clashes between the security force and the cadres of United Democratic Madheshi Front (UDMF) have been... Read More...