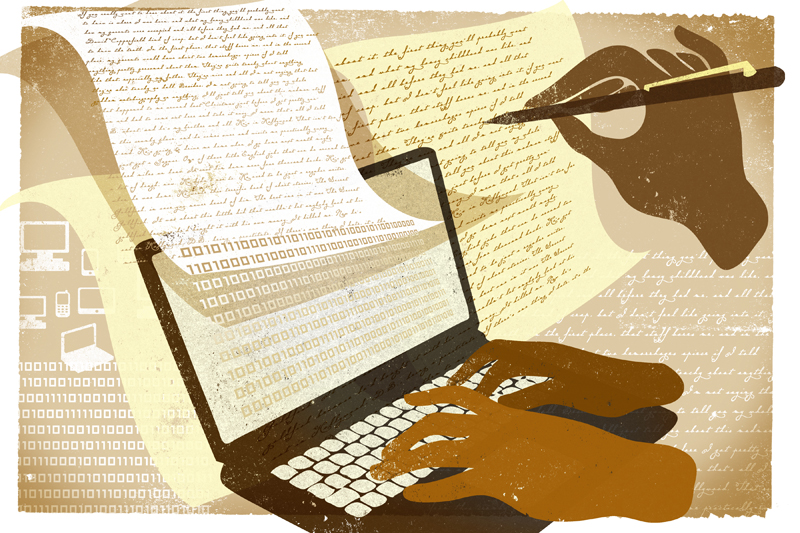 Our approach to media writing remains largely willy-nilly and depends on hard work of few individuals (or institutions) who love what they do
Every New Year, we get to read some year-end reviews of Nepali media and invariably the assessments offer an institutional focus, analyzing the press freedom scenario in the country. I have tried some reviews of thematic coverage of media topics in some of my columns here in the past.

To be honest, I have never been satisfied with such appraisal for they are largely based on anecdotes and personal reflections. They underscore my own limitations as a media writer. It is often hard to generalize about the latest media trends and developments in the craft because of the general paucity of current research and a knowledge-base to draw from.

This is a major constraint in media writing in the country, as I alluded to in my last column (On Media Writing, 20 Dec). Although in the past few decades, individual writers interested in meta journalism, academicians, professional associations and institutions, through their work on literature reviews, histories and legislative reviews, have helped create a baseline on media analysis, we still don’t fare well when it comes to our appraisals of current trends in the profession. And current is essentially what defines media writing in any topic, not just the media. Most often, existing current analysis is replete with guesswork and conjectures.

This is a reality that in some ways echoes the angst of our founding fathers of media analysis, such as Grishma Bahadur Devkota and Ram Raj Poudel. Almost fifty years ago, Rishikesh Shah, the diplomat-historian, remarked in an introduction to Devkota’s 1968 book Nepalko Chhapakhana Ra Patrapatrikako Itihaas (“History of Nepali Printing Press and Newspapers”): “Given that we have here a culture of expressing our opinions based on speculations and hearsay, especially on public topics, I have no doubt that the efforts of the likes of Shri Grishma Bahadur Devkota have created a path for the future genesis of wisdom and ideas based on scientific and actual truth”.

Devkota himself makes no direct comment on the intricacies of media writing, but he does touch on the challenges of collecting data and evidences. He credits a number of individuals for helping him, in particular Kamal Mani Dixit (who passed away last Friday) and his Madan Puraskar Pustakalaya from where Devkota obtained a large part of the materials and photographs for his book. “It was through him,” Devkota writes, referring to the support of Dixit, that it was “possible” to present the book to the public. Poudel, too, had to rely on limited sources in writing his seminal Patrakarita (1970).

The point is, journalism or media writing does not emerge from a vacuum; it depends on other unseen actors. It develops in tandem with other institutions of society such as the academia, think tanks and professional associations and research institutions. An ace boxer is often a product of a remarkable coach, who is often less acknowledged. There is often a good manager behind a good salesperson. A good reporter owes much to a desk editor, often an unsung hero.

The question is: Are there adequate ancillary mechanisms to help foster sound media criticism in Nepal?

Some may consider Shah’s conviction as wishful thinking, especially in today’s world of rumors and emotions. But he was referring to rigorous research and knowledge works on media. If journalists do not avail themselves of such resources that are available, that is their problem.

Despite the missing gaps in resources, especially in up-to-date trends, the picture is not as bleak as one would think. Along with the expansion of media, during the past couple of decades, some notable scholarly and trade publication as well as new media platforms have emerged that cover the institutional topics like history, media freedom, legislative frameworks, and to a limited degree, actual journalistic practices.

First, on the scholarly front, as journalism and communications departments upgrade their programs to graduate studies, today they produce more theses and dissertations on various media topics, though their output quality is often seen as doubtful. Journals like Media Adhyayan and Bodhi, notwithstanding their relatively lax peer review process, helped fill the void in this area, although Adhyayan  has recently abandoned its focus on media and metamorphosed into social journal, because, in the words of Pratyoush Onta, one of its editors, “it became very hard to find enough good academic or para-academic stuff” for the journal.

Second, professional association newsletters or institutional publications like the quarterly Patrakarita by the Federation of Nepali Journalists (FNJ) and the quarterly Samhita by the Press Council Nepal (PCN) do offer some insights on current working conditions and official efforts at legislating the press. But they are far from being independent trade publications offering nuanced perspectives on trends in content, reception and new media dynamics. Despite the expansion of the professional sphere and the media markets, a professional-market perspective in analysis is conspicuously missing. With their watchdog publications styled after Columbia Journalism Review, which is itself in a state of decline, the Philippines and Bhutan are ahead of us in this area.

Third, a shining spot of our media criticism is the passion demonstrated by individual writers, who, with the sheer power of their own personal motivation, continue to pen media articles and columns. Although some write between hibernations, bylines like P Kharel, Dhrubahari Adhikary, Manju Thapa, Bhanu Bhakta Acharya, Binod Bhattarai, Ujjwal Aharya, Laxman D. Panta and some others have helped to keep the discourse ignited. Some noted writers have vanished from the field. For instance, Pratyoush Onta, who shaped the 1990s’ media writing with a scholarly perspective, has shifted his focus to other academic interests.

Regular media columns are rare, and I have been doing my little bit in this space. I feel privileged to have been offered this room by Republica but often feel the weight in covering an amorphous field like the media. Journalism is what anchors me to this effort.

Without doubt, outlets cover new media and tech trends more regularly than before. But it’s still the lone weekly Shangu or a few online portals that we depend on to get the juicy inside stories about journalism. Publishers seem reluctant on in-house mechanisms on media criticism, for example, to introduce a Public/Reader’s Editor for editorial audits, a trend in the industry elsewhere. In fact, a leading publisher told me sometime back that it is difficult to find a journalist objective enough to write on media issues and reliable enough to continue the work for the long term.

Finally, and in what appears to be a positive development that may to some extent compensate for some deficiencies in objective knowledge about the media, in the past few years, we have seen the emergence of new media portals and social media channels that often focus on or spotlight media issues. Foremost in this category is mediakurakani.com (“news behind the news”), a media watchdog-site, a personal initiative of journalist Rabi Raj Baral. Handles like KuSamachar, mediafound, and nepdog also often provide updates and corrective services. Occasionally, news portals have also carried news on media that legacy media are unlikely to cover.

Expert or scholarly knowledge remains largely arcane and inaccessible to the public.

They are individuals like Baral who help translate the expert jargons and data for wider access. Unfortunately, they struggle to sustain lacking the needed support and resources. It is only their passion for the work and love for the profession that keeps them going.

It is fair to say that so far our approach to media writing remains largely willy-nilly and depends on the hard work of few individuals or institutions who love what they do. I recently approached a number of media writers, including some cited here, for their first-hand views on their motivations and work. Even as traditional journals or publications focusing on media are going defunct or shrinking, most believe media writing is necessary, more than ever.

The final part of the series on “Media Writing” will be published in the next column.

Female journalists yet to fare well in Nepali media

KATHMANDU, Dec 10: "I did journalism for more than a decade combining the stints at an FM radio and a... Read More... 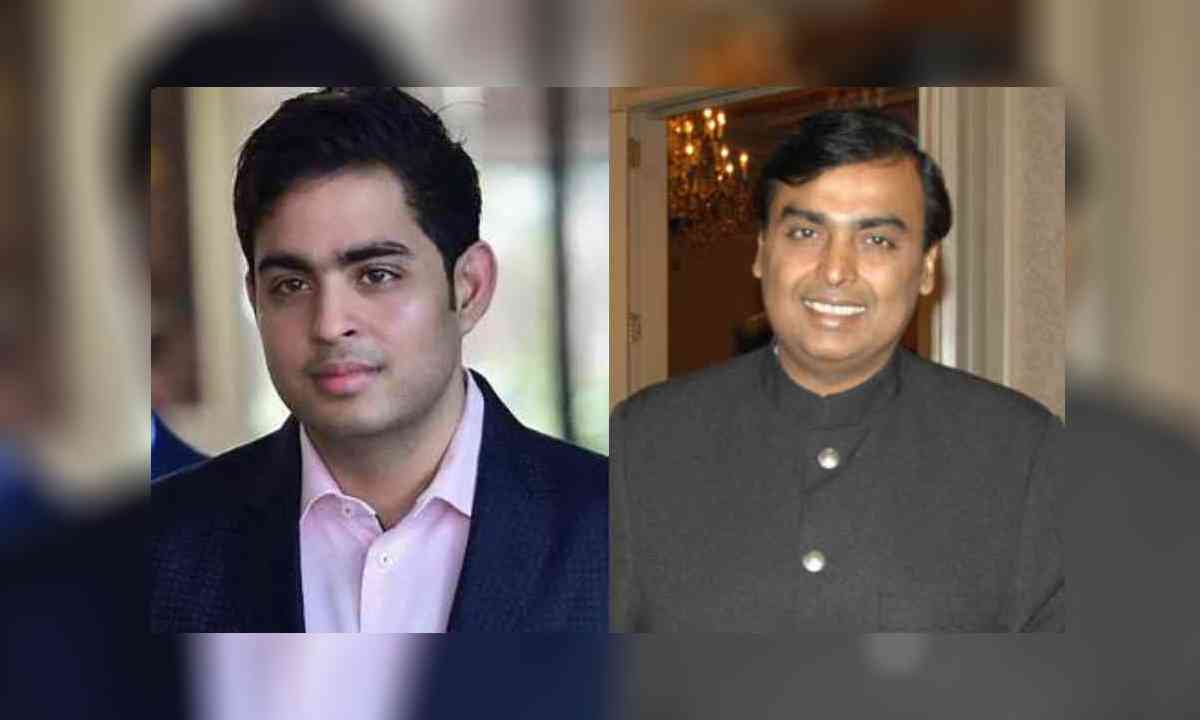 Dahal is guilty in SPP: UML Chairman Oli
33 minutes ago