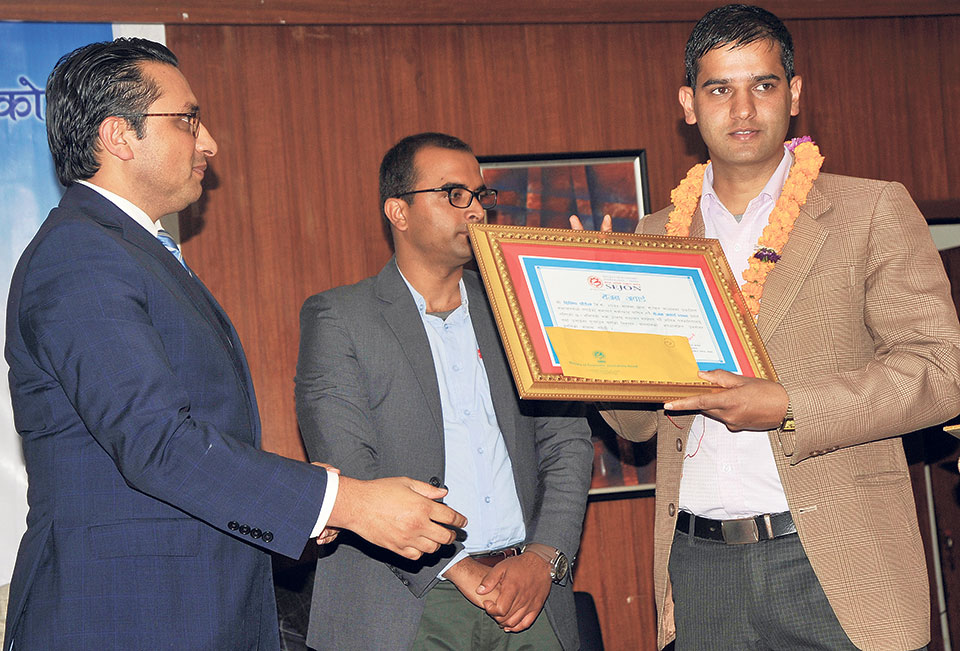 KATHMANDU, Dec 2: Nepal Rastra Bank (NRB) Governor Chiranjibi Nepal has said that most of the local units in the new federal set up have already got a commercial bank. Speaking at the 20th annual day of Society of Economic Journalists-Nepal (Sejon) in the capital on Friday, governor Nepal said that there are now only 120 local units where commercial banks are yet to open their branch offices.

According to the NRB governor, commercial banks have so far opened their branch offices in 633 out of 753 local units.

He, however, did not explain how the remaining 120 local units will avail banking service.

The commercial banks have decided to venture out in the rural parts in line with the government’s new policy to have at least one bank branch in each of the local units delineated under the new federal set up.

The government, thro-ugh its budget speech for current Fiscal Year 2017/18, has announced that it will make necessary arrangement to send at least one commercial bank branch in each local unit in the federal system.

Also speaking on the Sejon Day, vice chairman of National Planning Commission Swarnim Wagle urged journalists to raise the issue of good governance and prioritize economic development. He also said that the National Natural Resources and Fiscal Commission will be formed soon after the setting up of new national assembly.

Meanwhile, Sejon has awarded Nagarik Daily’s journalist Dilip Paudel along with three other journalists with the ‘Sejon Award 2074’. Paudel was awarded for his groundbreaking news reporting on irregularities and embezzlement of billions of rupees by Nepal Oil Corporation’s managing director Gopal Khadka while purchasing land for storage of petroleum products.

Likewise, Krishna Acharya from Kantipur Daily, Kiran Bhattarai from National News Agency, and Sitaram Bilashi from Corporatenepal.com were other journalists who bagged the Sejon award.

Binaya Banjara from Capital monthly magazine was also felicitated with the jury’s choice for his reporting on illegal transactions of digital currencies like Bitcoin in Nepal.