KATHMANDU, Feb 17: Over 12 ropani of land belonging earlier to the well-known heritage site of Kamalpokhari at Thamel but captured by influential business people in the capital is now awaiting a major ruling from the Supreme Court. The 15-story Chhaya Center complex has lately been built on the land.

The case is being closely watched in the context of one bold verdict after another being given in favor of the public interest by newly-installed Chief Justice Cholendra Shumsher JBR. Whether the land returns to Kamalpokhari or the Chhaya Center complex commercial tower becomes a permanent fixture in the prime tourist site of Thabahal, Thamel depends on the apex court now.

The land in dispute is worth over Rs 2 billion at current market rates while the commercial complex is reportedly being built at an outlay of Rs 5 billion. There are reports, however,  that shareholders in the complex have invested not more than Rs 650 million. How the rest of the money is being managed is not yet known. 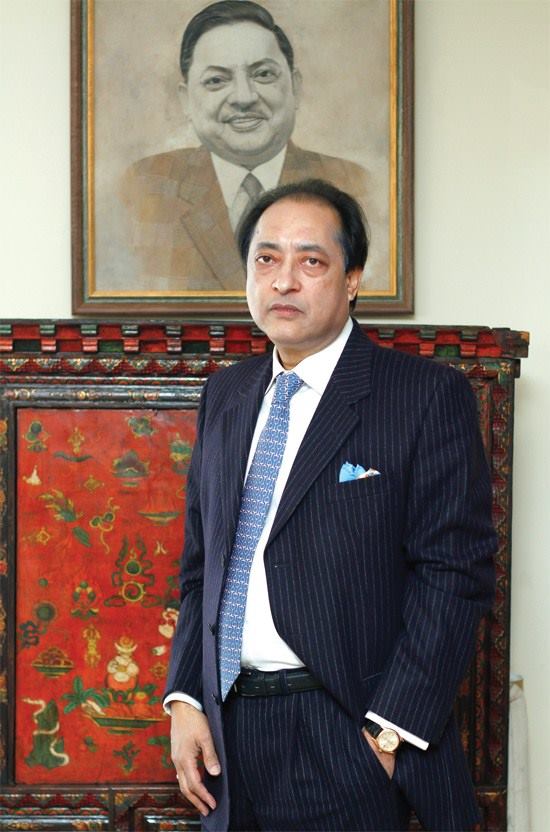 Prithivi Bahadur Pandé, chairman of Chhaya Center as well as chairman of Nepal Investment Bank Ltd,  owns a majority of shares in the project along with his family. He owns a total share  of Rs 77,834,600 and his wife Pratima Pandé Rs 12,244,400.  Similarly, Shivanth Pandé, Prithivi’s son, owns Rs 1,972,000 worth of the share capital. The Chhaya Center project has brought together 43 investors and four major banks, including Rastriya Banijya Bank, Everest Bank, NIDC Bikas Bank and Nepal Bank. 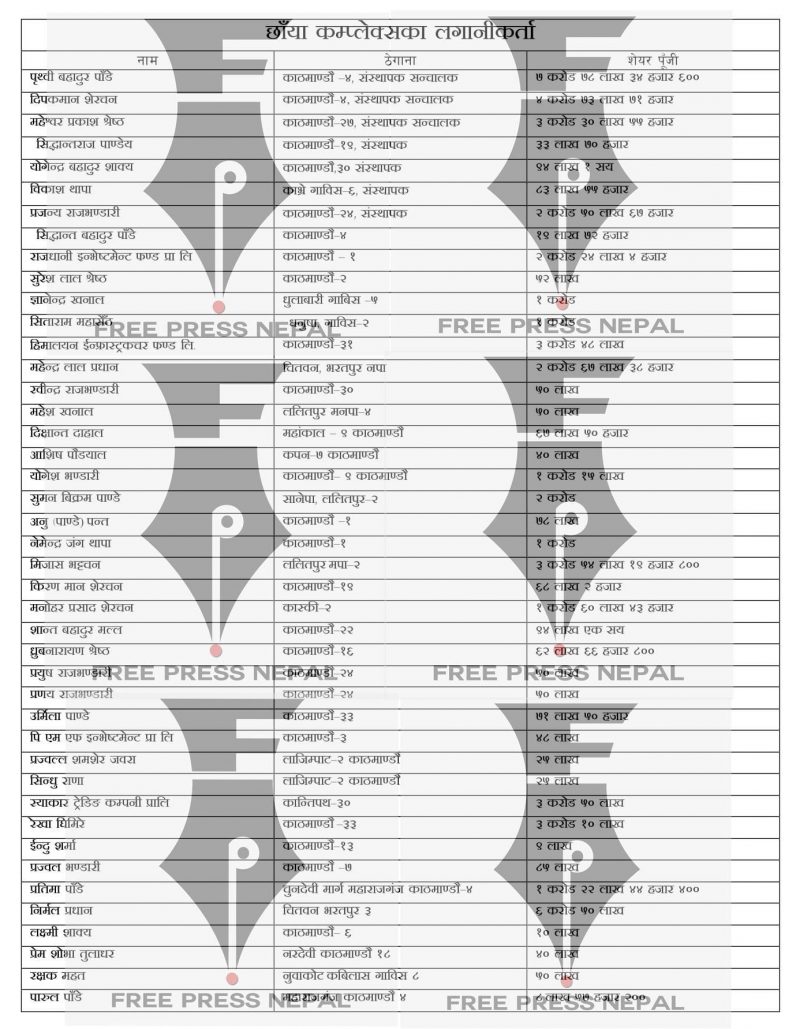 Attempts to ‘encroach’  Kamalpokhari land with its high cultural and religious significance dates back a century ago. Right from around 1901, the land attracted the attention of the influential who would fain lay their hands on it.

There followed a tussle between these and locals who wanted to protect the land. The issue has been in and out of the courts since 1970. In 1988, the government registered the public lands in Thamel, including  Kamalpokhari (plot number 167), area under its name.

Three years later, one Ambika Rana was able to register the same plot in her name and that of her brother Shankar Prasad Shah (through Guthi Raitani).

Six years later, the courts reopened the files and ruled  in favor of Rana and Shah. This decision was also widely condemned. Members of the local Shree Singhsartha Bahu Garun Bhagwan Guthi appealed at district court to free the land again. They named as defendants not only Rana and Shah but also several Guthis which were allegedly ‘bribed’ by the duo. In 2008 the two sides compromised in court. This facilitated transactions in the public land and resulted in private possession.

Five years ago, the case was once again opened. Bhagawatanara Singh Pradhan, Sanjeev Man Pradhan, Arjun Lal Pradhan, Anjiraman Pradhan, Rajesh Man Pradhan and Ranjayaman Pradhan, who are members of the Singhsartha Guthi, filed case at the district court to review the decision.

But the district court and then the appellate court did not find for them. So they went to the Supreme Court.

In 2015, the apex court vindicated the appellants and also faulted the earlier decision in favor of Ambika Rana.

When the court  asked the land revenue office for all  original papers related to the land, the latter stated that the papers could not be found even after intense searches.

It is suspected  the documents have been deliberately missed as they would have exposed shenanigans behind the privatization of the land.

The ball now seems to be in the court of the current chief justice (no pun meant). It is clear  the ‘land grab’ started 117 years ago and it pitted the general public with their heritage concerns against some influential families.

While  officials at Guthi Sansthan were subjected to their influence over the land acquisition, officials at Kathmandu Metropolis were similarly influenced over the construction of the commercial complex.

Otherwise, the KMC office would not have allowed the construction in contested land which is also of cultural and religious importance, according to locals.  KMC has already handed over the construction certificate even though the building has not received the final touches.

According to  Prithivi Bahadur Pandé, the controversy has been fabricated. Why so much fuss over  land that has been bought and sold more than once, he argues. “Even the banks were ready to invest in the project since everything was legal,” he said.

Meanwhile, cultural expert  Ramesh Dhungel stated that the move to take over a heritage site is extremely sad. “Our  heritage sites are precious things. If the court takes a decision on the basis of historical evidence, any big tower built in such a place should be demolished,” he added.

(This report was prepared in collaboration with Free Press Nepal’s JB Pun Magar.) 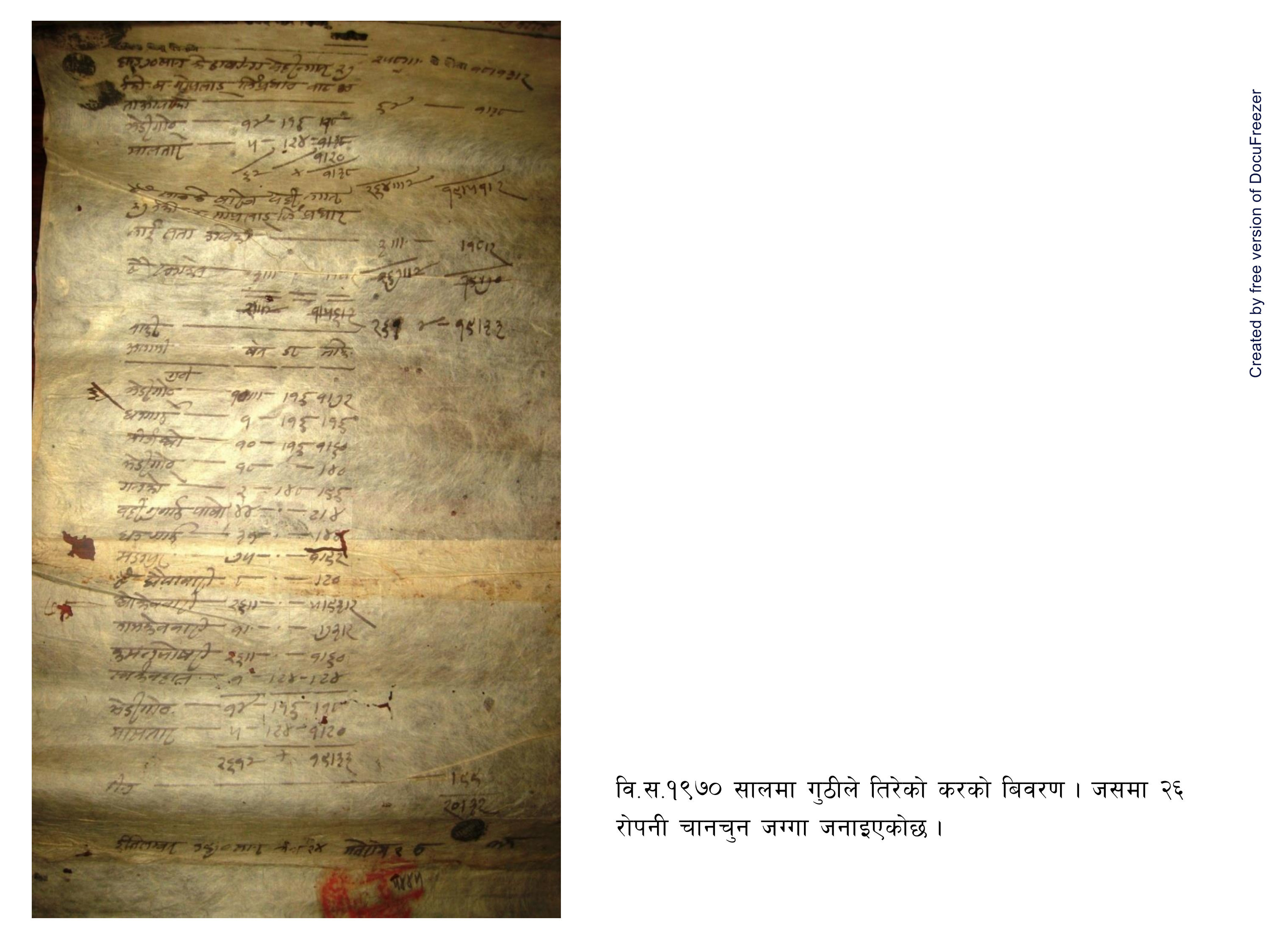 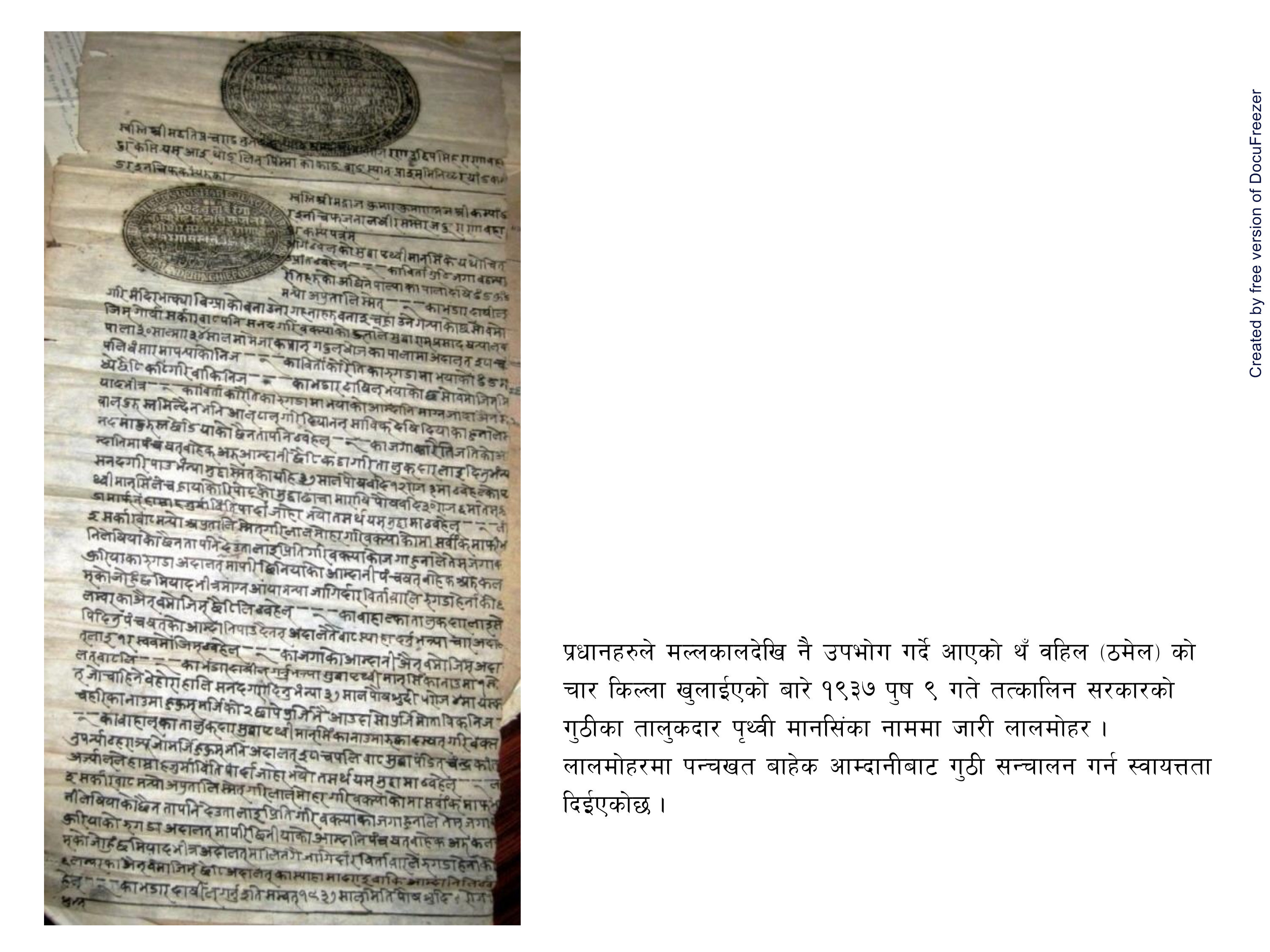 Kamalpokhari police station to be relocated

KATHMANDU, June 18: The government has decided to relocate the Metropolitan Police Circle, Kamalpokhari, away from its current office building amid... Read More...