KATHMANDU
Nepali Chef Santosh Shah who is based in the UK made Nepal proud through his culinary skills, getting to the top in the popular international cooking competition MasterChef. One of his dishes that impressed the judges was his version of Yomari with a twist (stuffed with chocolate, cashew nuts and chilli, topped with orange and cinnamon).
Traditionally, Yomari is a sweet delicacy (stuffed with Chaku and Sesame seed) cooked in the Newah community to celebrate Yomari Punhi that falls on the full moon day of Thinla, the second month of the Newari calendar.
The festival usually falls in November/December and this year it has fallen on December 30. Yomari which is translated as a favorite bread item is not only a comfort food but is also nutritious which helps to keep one warm. So, it’s an apt food for winter.
Other than that, it is believed that the consumption of Yomari increases blood and sperm. Also, it is a symbol of wealth and prosperity. For this, the Newah people have a tradition of making garland of Yomari cakes on birthdays. If a woman gets pregnant then her family sends Yomari cakes as gifts because they have a strange belief that it gives supreme knowledge and sound mental health to the baby in the womb.
Though the delicacy was enjoyed mostly within the Newah community only, lately it has received appreciation from the people of other communities as well. And if you also want to learn how to cook this sweet dish, here is a recipe: 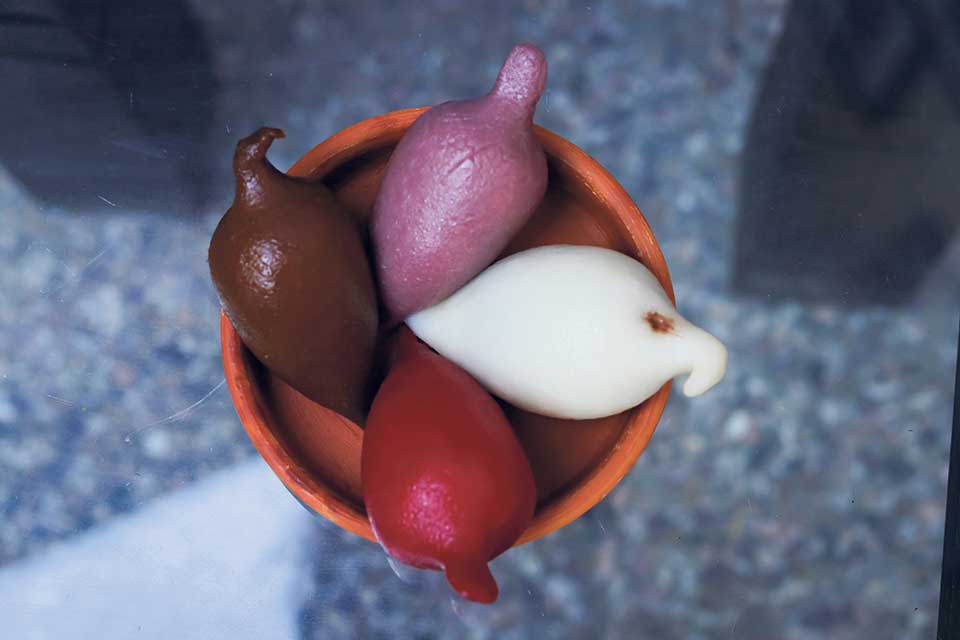 Process
1. First boil the water. Add 50 gm of rice flour then gently stir the mixture until it is all sticky and thick.
2. Then add all the remaining flour to the mixture and make dough until it’s smooth and soft. Then cover the warm dough with a clean cloth or keep it in a hot case.
3. To stuff the dough, melt the chaku in water and sieve the chaku in a cloth to separate any kind of unwanted material. Put powdered sesame seed but not so fine powder in the chaku and mix it well.
4. Then pluck a small amount of dough and use your index finger and create a hollow where the length of that dough should be six inches and the thickness of remaining dough surrounding the hollow should be 1/8 th inch thick.
5. Pour one and half spoonfuls of the stuffing and gently close the opening of the Yomari.
6. Then steam the raw Yomari for 15 to 20 minutes and it’s ready to serve.