Spreading joy of love through paintings (With Video)

It’s February—month of love—meant to be for couples. And what better ways one can express their union and togetherness, than showcasing their feelings and thoughts in the form of art. With this in mind and to celebrate their anniversary of conjugal life, artist Sabita Dangol and Ishan Pariyar organized a joint painting and drawing exhibition ‘Affinity’.
The exhibition kicked off on February 6 and concluded on Sunday at Nepal Art Council, Babermahal where the major motif is a couple that represent them and the artworks are seen overflow with the emotion of love. While looking at the paintings, it gives a warm feeling and a sense of happiness.

Like the title of the exhibition the art works on display also seem to have been influenced by each other’s motifs and patterns. However, there is a thin borderline that determines their individuality.

In one of a set of painting where Ishan’s paintings are on the top and Sabita’s paintings are parallel to his work depicted the romantic feeling of a couple. In Ishan’s painting the couple is posing in front of Taj Mahal, on the boat, etc where “to give a feeling that any couple could have such lovely moments in life, in some of the human figures, the facial features are missing,” shared Ishan.

Meanwhile, motifs like comb and kayla lilies are seen repeatedly in Sabita’s painting and she expressed, “Kayla lilies are used in marriage ceremony in west and I have always been attracted to this flower. When I came to know about the meaning of this flower, I could not resist myself.” 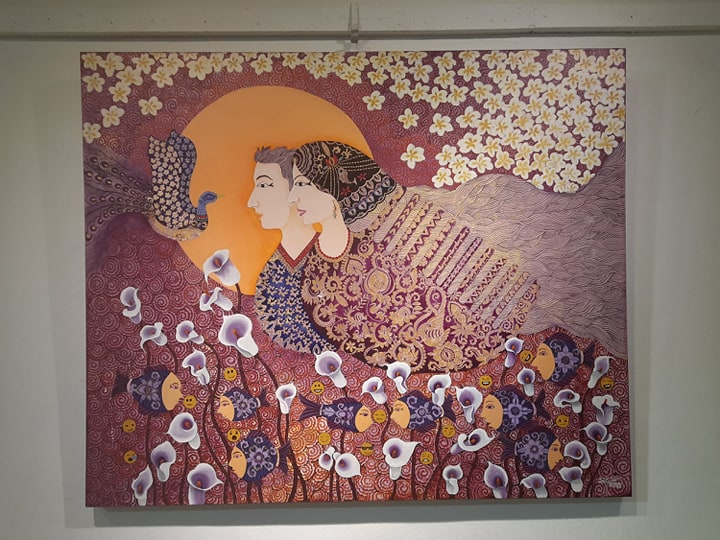 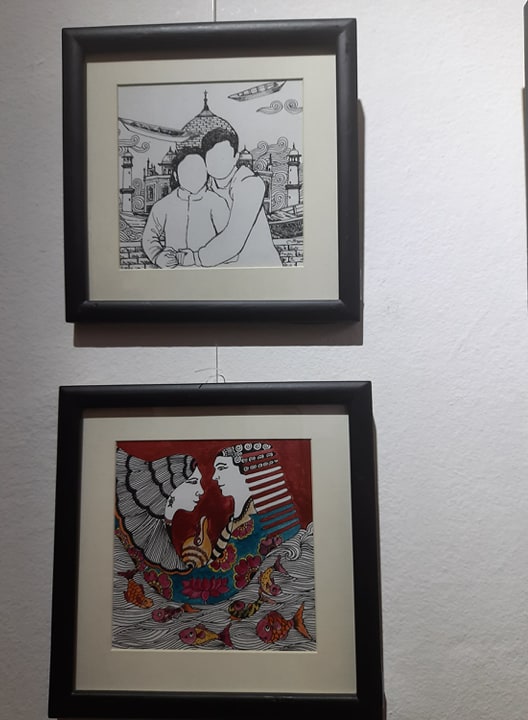