Woes of women on display through ‘Think Pink’

Transparency International Nepal (TIN) organized a one-day painting exhibition on Sunday at Nepal Art Council, Babermahal. TIN has been organizing painting exhibitions on an annual basis with an aim to inculcate in the viewers a sense of the virtues that people need to follow in order to eradicate negative effects of corruption on society through art.

Artist Sunita Rana showed an imbalance in the use of electric energy in her painting. She depicts that those having access to electric energy are misusing it, while the general public is being deprived of essential services. She has used brown hues in a monochromatic theme. She has beautifully depicted a voluptuous woman enjoying under the electric light at the center of the canvas. Meanwhile, a girl below her is sad, who is looking at a traditional oil lamp that has been lit but a bulb above it is switched off. 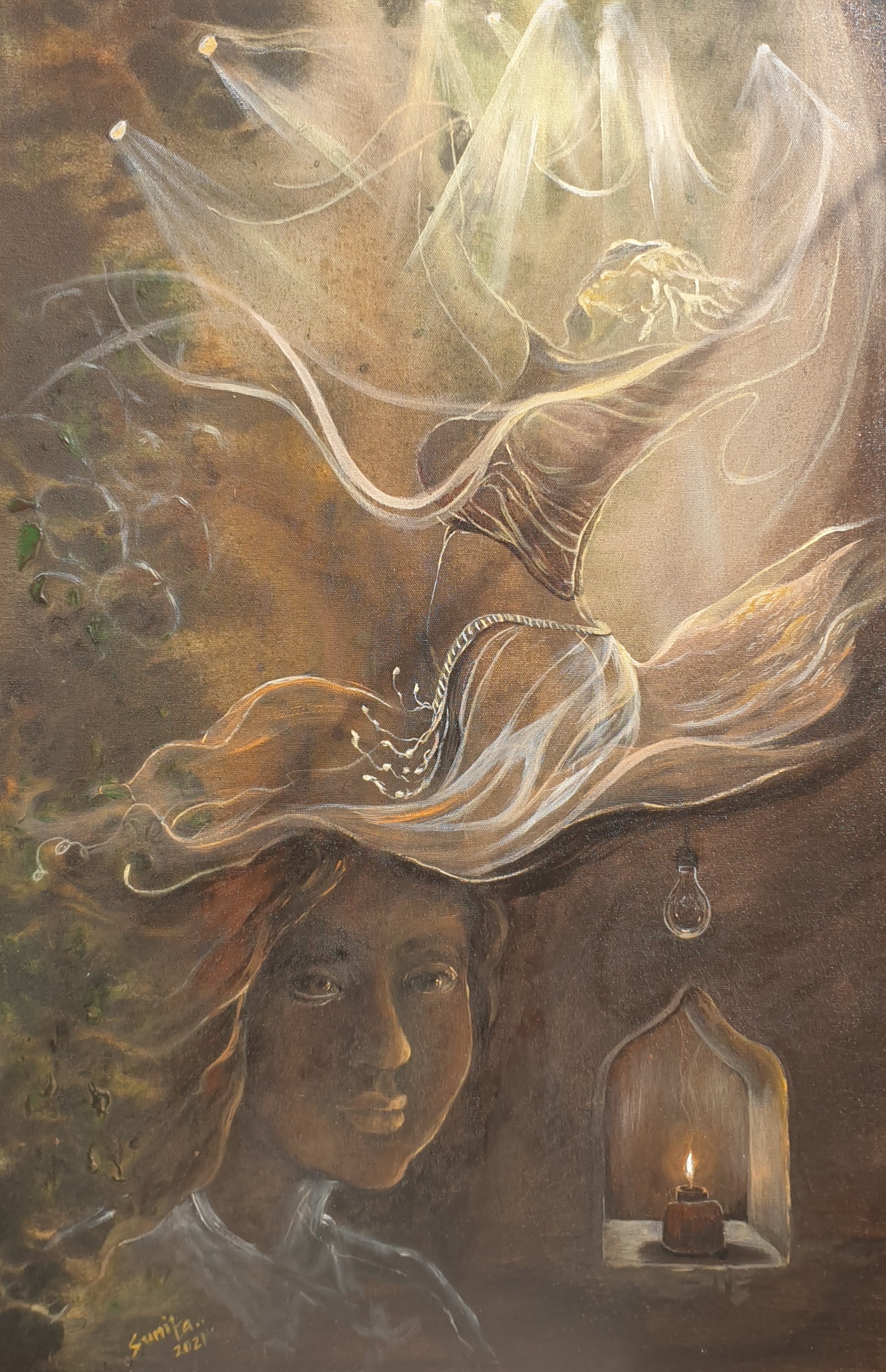 Similarly, artist Jasmine Rajbhandari has tried to convey a message on how the families of fishermen in Tamakoshi got deceived by a company. It used their identity and citizenship cards to get a loan from the bank, as their homes were destroyed in the earthquake. Later, the company turned out to be a fraud, giving legal hassles to the fishermen community.

This has been illustrated in a surrealistic way where Rajbhandari depicted the woes of fishermen families. In the painting, she has used pink, blue, white, black, brown and other colors where the top part of the canvas depicts two hands painted black, the left hand is serving a piece of cake, while the right hand is grabbing the fishing net. In the middle of the canvas, she has painted ruined houses and a huge citizenship card where the net flows through it.

And at the end of the fishnet, a couple is seen depressed as their net has been broken and all the fishes they had caught are now out of the net, making them empty-handed.

Another artist Sunil Babu Karki has portrayed the idea of ​​giving support and encouragement to the hardworking, virtuous, positive, hardworking and diligent side of society.

Moreover, the exhibited paintings will also be produced as calendars.

Italy may be in Easter lockdown, but the party’s on at sea