Khadgawar is a village nestled on the lap of the Bardiya National Park. The village is blessed with natural beauty and is being transformed into a tourist hub these days. The village lies in Kohalpur Municipality Ward 13, and is around five kilometers far from the East West Highway. Locals of the area are working actively to promote the cultural and natural heritages of the village and to increase the influx of tourist in the village.

According to Lal Bahadur Rana, a local resident, different infrastructures are built here for visitors. Kohalpur Botanical Garden is also established in the village, and Khadgawar homestay is under construction.

Locals are looking forward to entertain tourists with elephant safari in the national park in near future, and the homestay vendors are preparing for this. As the village is near the Kohalpur Bazar and the East West Highway, there is a huge possibility of developing the village into a tourist hub. Natural beauty, presence of endangered wildlife species, and rich cultural diversity have added to the attraction of the place. Locals believe that this is a perfect place for visitors to get a respite out of their hectic schedules.

“Here, tourists can observe endangered species of the national park,” Rana said. “Now we are planning to entertain the costumers of homestay by showing traditional dances of Salyani tradition.”

According to the locals, different species of wild birds and animals can be observed from the village, such as antelope, leopard, boar, peacock, and so on. These animals mostly appear during morning time. Sometimes Bengal tigers from the park also appear in the village.

Six homestays will be operated soon for the tourists. “Construction of the homestays is going on and we are expecting to operate them very soon,” said Rana.

With the effort of the locals, picnic spot and park are also being made in the village. Proposal of construction of the park was prepared in 2012. Wooden view tower and pond have been made for the visitors. Kohalpur Municipality and some non-governmental organizations have been supporting the development of infrastructure in the village. According to Bhadrajung Oli, secretary of Namuna Community Forest, “People from different parts of the country have been visiting this place for picnic. But after we developed Khadgawar into a tourist hub, this has become a perfect place for night stay as well.”

Residents of Khadgawar were not used to facing wild animals so after the establishment of the national park, there was conflict between the wild animals and the locals. But later the locals realized that wildlife could help them by promoting tourism in the village. “To preserve nature and culture of the village, we have planned to develop it into a tourist hub,” Rana said. “Earlier, we were not familiar with animals but now we think it will be a good source of income if we preserve and promote the wildlife of this village.” 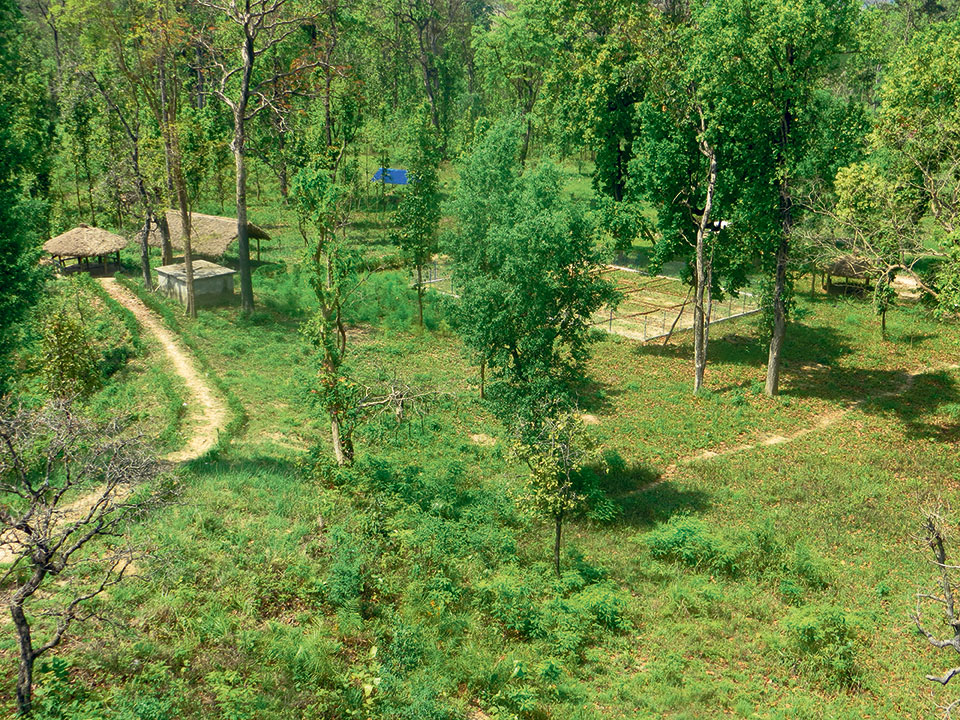