A meat cleaver that doubles as a mobile telephone case, a sword you can use to scrub your back, and a toilet built into a scooter that flushes when you pull a lever on the handlebar.

These are just a few of the wacky inventions Chinese village craftsman Geng Shuai has dreamed up and demonstrated in videos live streamed to thousands. “Most days I don’t go to sleep until after midnight, I’m so busy thinking, OK, what should I make next?” said Geng, 31, who sports a ponytail and trademark blue dungarees.

Dubbed China’s Useless Edison, his fame has grown because his inventions are seen as odd, and often unnecessary. The former plumber, who lives in the northern province of Hebei, became an internet sensation with videos of his creations posted online in 2017.

He has since racked up more than 2.7 million followers on the Chinese short video app Kuaishou and nearly a million on its Twitter-like Weibo. “The jobs I used to have were extremely boring and uninspiring. It was more or less a case of doing the same thing every day,” said Geng, who spent more than a dozen years in jobs he didn’t enjoy after dropping out of school at 16.

Crafting items from metal come naturally to Geng, who cherishes childhood memories of sneaking into the factory where his welder father worked, to observe him and occasionally help. Now Geng earns about three times what he used to, he said, despite poor sales and prices seen as high, because each specialized item takes a long time to make by hand.

His earnings come mainly from online tokens bought by followers and advertisements embedded in his videos. Geng says he puts a lot of effort into preparing for the live-streaming, as public speaking does not come naturally to him.

“Sometimes during a live stream, I run out of things to say. That feels very awkward.” Comments, questions, and likes from fans cascaded in at a recent live stream session where he demonstrated several inventions, such as a handbag built into a hammer resembling that wielded by Thor, the god of Norse mythology. Geng’s creative mind is a joy to watch, said Zhou Bingke, who teaches welding and metalwork at Tsinghua University. “Seeing Geng’s videos will lead to more people making things. Whether it’s works of art or other things for fun, the process of manufacturing is enjoyable.” 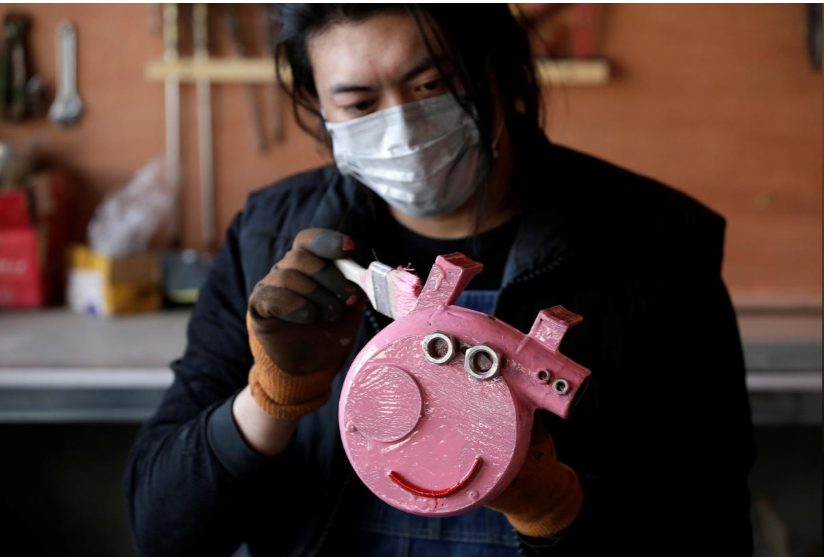 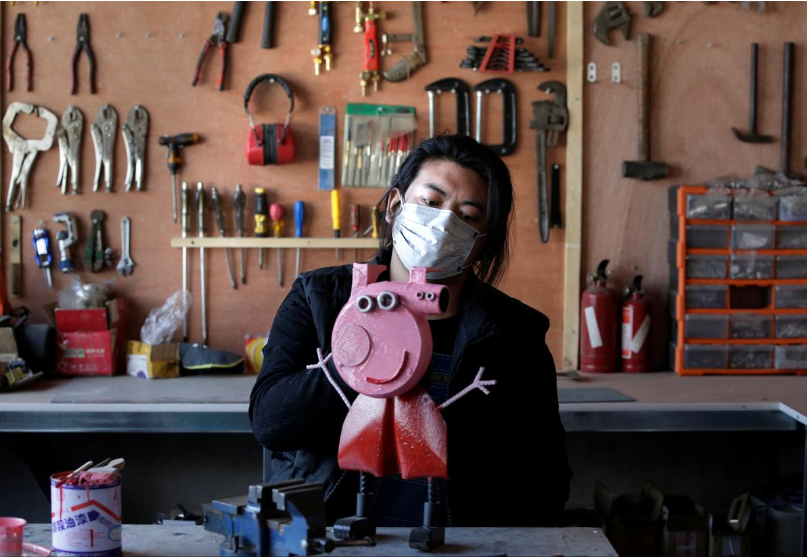