Even on the financial front, Nepali movies are seen to be making a lot more than what it used to some years back. The movie business which had to struggle to find a theater, at present, continue generating revenue even after weeks of their release. Considering the progress of the Nepali film industry, My City’s Aditya Neupane headed out to the streets to find out the views of the Nepali cinema enthusiasts about the changes, and state of Nepali cinema. 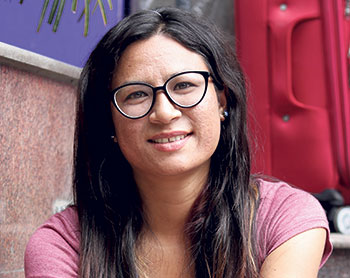 Sanju Shrestha, 24
Teacher at Arunima Higher Secondary School, Jorpati
I visit theater if I find the trailer and songs interesting. Nepali movie is still developing. So, we shouldn’t carry unrealistic expectations. Having said so, Nepali cinema has also accomplished several technological milestones. It has contributed to the improvement of the picture quality and cinematography. However, I feel that the production teams have to work further on the storyline to enhance the quality. 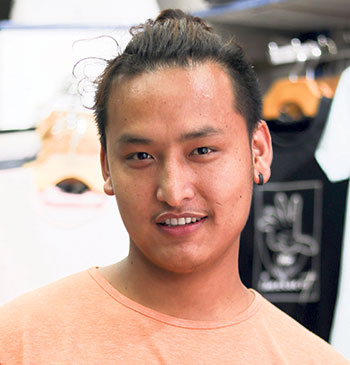 Sajat Magar, 22
Salesperson at Newroad Store, Kalimati
Whenever I am bored, movies are the best means of entertainment. I have watched several Nepali movies; action and thriller are my favorites. Apart from combat films, I like love stories as well. Though the film technology has developed, I still fancy old Nepali movies as it contains a wide variety of stories, as compared to new movies. Designing, cinematography, and presentation of the film have improved but now it’s time to work on the content.

My only complaint is that movies are very predictable. It’s common to find filmmakers following a common mantra in hopes to find commercial success. 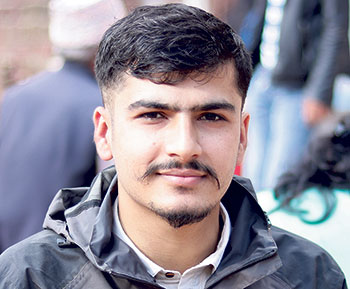 Damodar Basyal, 24
Government officer, Kapan
I not a huge fan of movies but never miss the chance to watch art films. Movies of Dahayang Rai and Saugat Malla are my favorite because their movies portray real stories of our society. Development of technology and skilled professional has helped increase the quality of Nepali films. Though Nepali cinema industry is growing at a good pace, plagiarism has caused repetitive storyline. Likewise, nepotism in Nepali film industry can also be an imminent threat to real talent. All in all, our industry is developing and I am happy to see this. 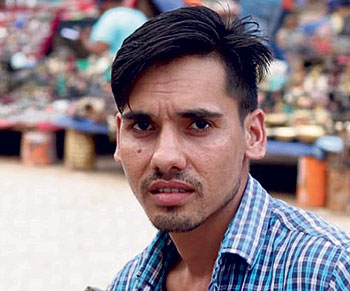 Ishwor Budhathoki, 27
Computer Engineer, Jhapa
I enjoy watching biopics the most because we get insights into the lives of famous faces. I think Nepali movies have accomplished a lot over time. Nonetheless, we cannot compare Nepali film industry with prominent global industries.

Nepali films have increased the picture quality, presentation, and quality of animation. Similarly, the new flavor of music has attracted more viewers. Saugat Malla and Bipin Karki are my best. They have influenced the wave of theater-trained actors with good acting ability. 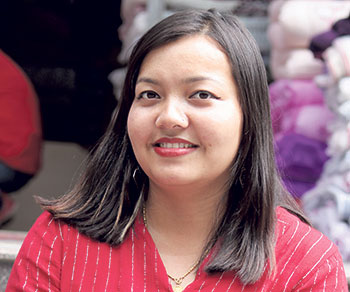 Puspa Khadka, 24
Optometrist at Smart Eye, Jorpati
I am a huge fan of Nepali movies but prefer Nepali love stories packed with melodramas. I am familiar with old movies as well but I think new movies are far better than the old ones due to the introduction of modern technologies.

Being a melodrama lover, I have noticed that the acting skills of Nepali actors have improved drastically. Old Nepali movie used to contain exaggerated emotions and expressions but now changes are evident. Though the film industry of Nepal is moving at a good pace, nepotism has started affecting the industry.

Anoop Bikram Shahi is my favorite actor because his acting is good. He presents boldness and attitude in his acting. Not just the actors, but other members of the production team should also show their concern to increase the quality of the film. For example, the script and dialogues of Nepali films are also not very effective. 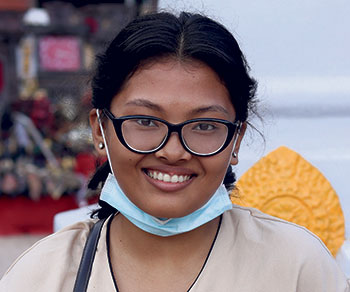 Sujal malla, 18
Pharmacy student at Kantipur College of Medical Science, Kalanki
Movies for me are the most ideal way to have fun with my friend. It further helps to rejuvenate my mind when I am bored. I have noticed that art movies in Nepal are better than other genres. If I have to speak about the differences between the old and new movie, there certainly are huge changes.

I grew up watching their movies. Nepali film still contains exaggerated scenes and emotions. We need to hone the acting skills of actors and put an end to nepotism which prevalent Nepali film industry.