When was it you laughed at yourself? Whether you did it or not, Bollywood actress Deepika Padukone had a good laugh at herself on Tuesday.
She posted a hilarious SpongeBob meme on her Instagram Stories. It features her comparing herself with Squidward, a popular character from the show "SpongeBob". 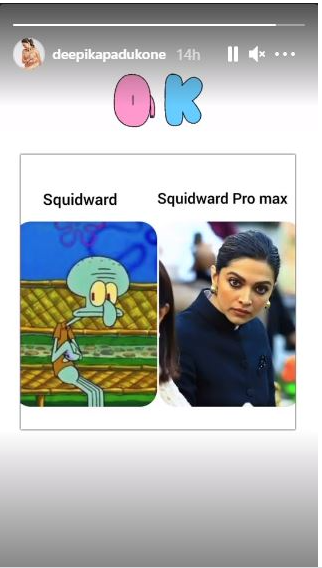 On the image featuring the cartoon character is written "Squidward" and on the actress's picture is mentioned "Squidward Pro Max". Above all, Deepika put a GIF that read: "OK".
Currently, she is awaiting the release of "83", and is also working on director Shakun Batra's next film as per IANS.

Harry Styles To Perform At 2023 Grammys On CBS